Ahn and Yoon announced their alliance at a joint news conference ahead of the March 9 election, a move that deals a blow to the ruling Democratic Party candidate Lee Jae Myung who is locked in a neck-and-neck battle with Yoon.

"Both of us, Ahn Cheol Soo and Yoon Suk Yeol, agreed to combine our minds for a better change of government, which would also lead to a better change in the Republic of Korea," Ahn told reporters in Seoul, proclaiming his full support for Yoon in the presidential election.

Yoon said he accepted Ahn's support and would aim to win the election with the intention to reform the government.

Ahn's announcement came despite many regarding such an alliance as unfeasible as Yoon had shot down a previous suggestion from his counterpart that a public poll be conducted asking voters to choose their preferred main opposition candidate. 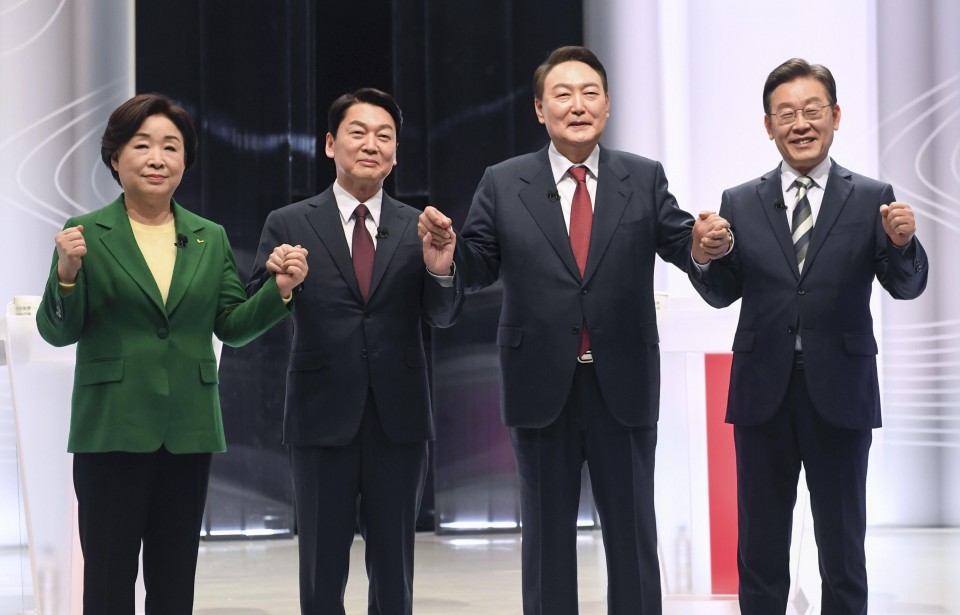 Thursday was a deadline for the deal as two days of early voting start on Friday, five days ahead of the election to choose President Moon Jae In's successor.

Yoon and Lee have been engaged in a tight race, with Yoon's support rate at 46.3 percent while the Democratic Party's Lee stood at 43.1 percent, according to the latest survey conducted by polling firm Realmeter. Ahn was at 6.7 percent in the survey.

In responding to Ahn and Yoon's decision, the Democratic Party presidential campaign committee's chief Woo Sang Ho said the campaign is not panicking and is focused on working hard until the end of the election.