North Korea launched a ballistic missile Saturday, the Japanese government said, marking the ninth in a series of missile tests by Pyongyang this year and coming only days before South Korea's presidential election.

The missile is believed to have fallen outside Japan's exclusive economic zone after flying about 300 kilometers apparently on a lofted trajectory and reaching an altitude of about 550 km, the Defense Ministry said, adding no damage has been reported. 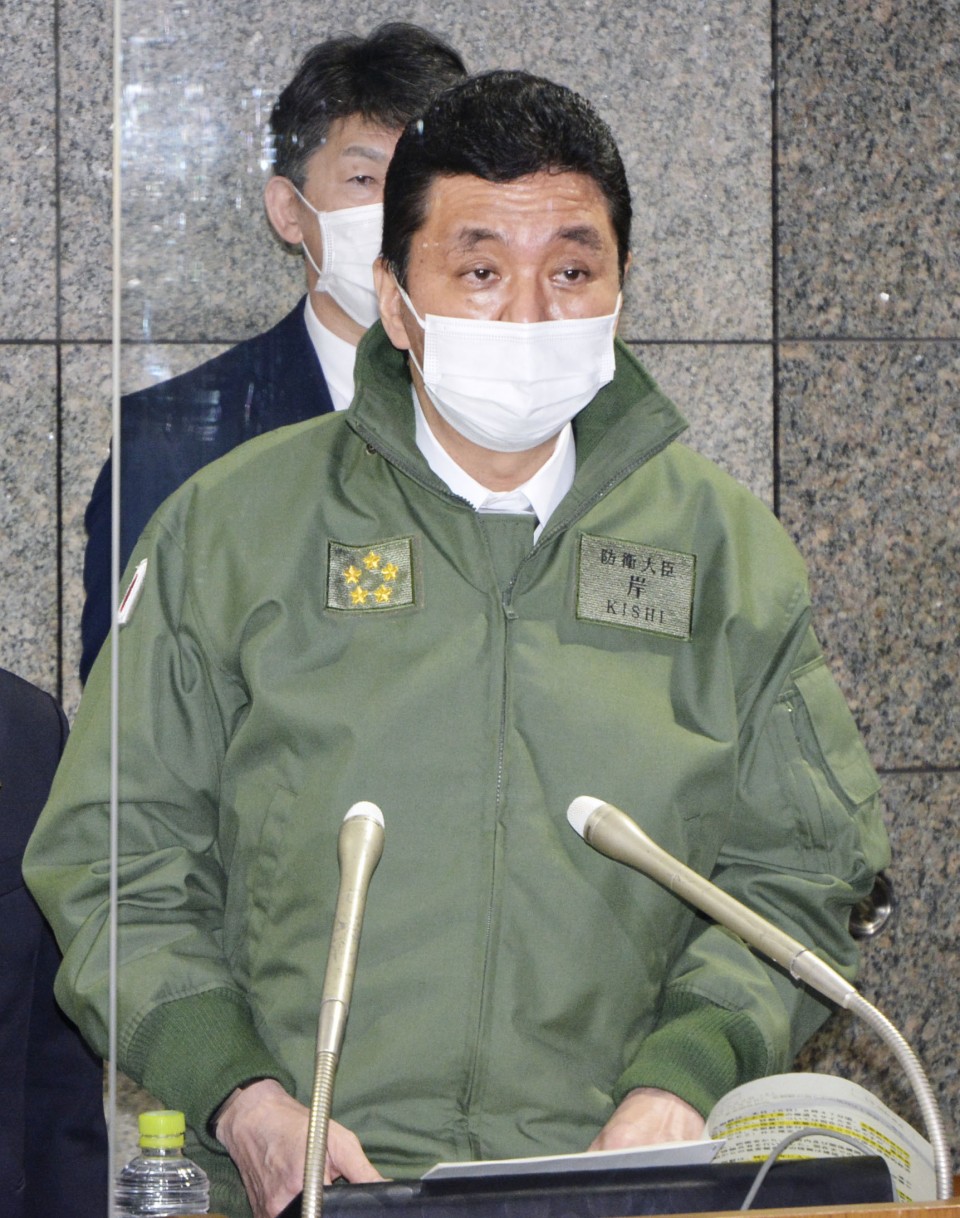 South Korea's Joint Chiefs of Staff said that what it described as a suspected ballistic missile was launched from an area near Sunan in Pyongyang toward the Sea of Japan at around 8:48 a.m.

The projectile is believed to have been launched from a high angle on a lofted trajectory to limit its flight distance, similar to North Korea's missile firing in late February.

South Korea's military was aware of signs that a launch would take place, according to Yonhap News Agency.

The Japanese government lodged a protest with North Korea via the Japanese Embassy in Beijing, Defense Minister Nobuo Kishi told reporters in Tokyo. Tokyo and Pyongyang do not have diplomatic relations.

The U.S. military's Indo-Pacific Command condemned the missile launch and called on North Korea to "refrain from further destabilizing acts."

The command said in a statement it will continue to monitor the situation and that the U.S. commitment to the defense of allies Japan and South Korea "remains ironclad."

North Korea is banned from firing ballistic missiles under U.N. Security Council resolutions that have imposed sanctions on the nation. It last fired a ballistic missile on Feb. 27, which Pyongyang said was to test development of a reconnaissance satellite system.

"This series of actions by North Korea is absolutely unacceptable, as it threatens the peace and security of our country and the international community," he said.

The latest launch came a day after the Beijing Paralympics opened Friday in the Chinese capital and ahead of South Korea's presidential election on Wednesday.

Pyongyang's latest launch also occurred at a time when global attention is on security tensions in Europe following Russia's invasion of Ukraine.

In January, North Korea hinted at resuming nuclear and intercontinental ballistic missile tests, saying it may restart all "activities" that it had temporarily suspended.

He added the ministry will cooperate with the United States and other related countries to respond to the issue.

Japanese Prime Minister Fumio Kishida instructed his government to provide accurate information to the public, confirm the safety of ships and aircraft, and respond to unforeseen situations.