Honda Motor Co.'s Asimo humanoid robot retired on Thursday, ending its 20-year career of wowing the public with walking and dancing demonstrations at a showroom at the automaker's Tokyo headquarters.

Since its debut in 2000, Asimo has become a symbol of Japan's pioneering robot technology, mastering the abilities to run, hop on one leg, speak sign language using five fingers and pour coffee into a paper cup from a tumbler.

But Honda stopped all development of Asimo in recent years after last upgrading in 2011 to give it the ability to make autonomous decisions such as avoiding bumping into someone while walking. 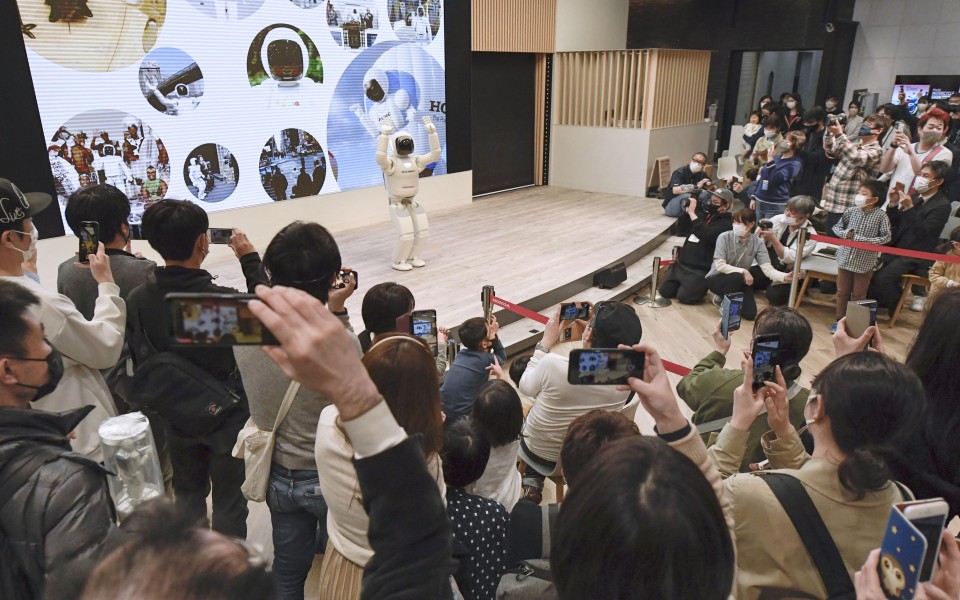 Honda Motor Co.'s ASIMO humanoid robot waves after its final performance in front of about 100 people at a showroom at the company's head office in Tokyo on March 31, 2022. The robot, first introduced in 2000, retired later in the day. (Kyodo) ==Kyodo

In September last year, the Japanese automaker announced a plan to develop an avatar robot, allowing a user to operate it virtually from a remote location. The new robot will be equipped with a multi-fingered hand and an original AI-supported remote control function, the company said.

Honda has said it will continue sales of Asimo goods after the robot's retirement, keeping the character active. Asimo stands for Advanced Step in Innovative Mobility.

Asimo has demonstrated its human-like abilities overseas too. In 2002, the year marking the 25th anniversary of Honda's listing on the New York Stock Exchange, Asimo rang the bell of the stock market to open the trading session. 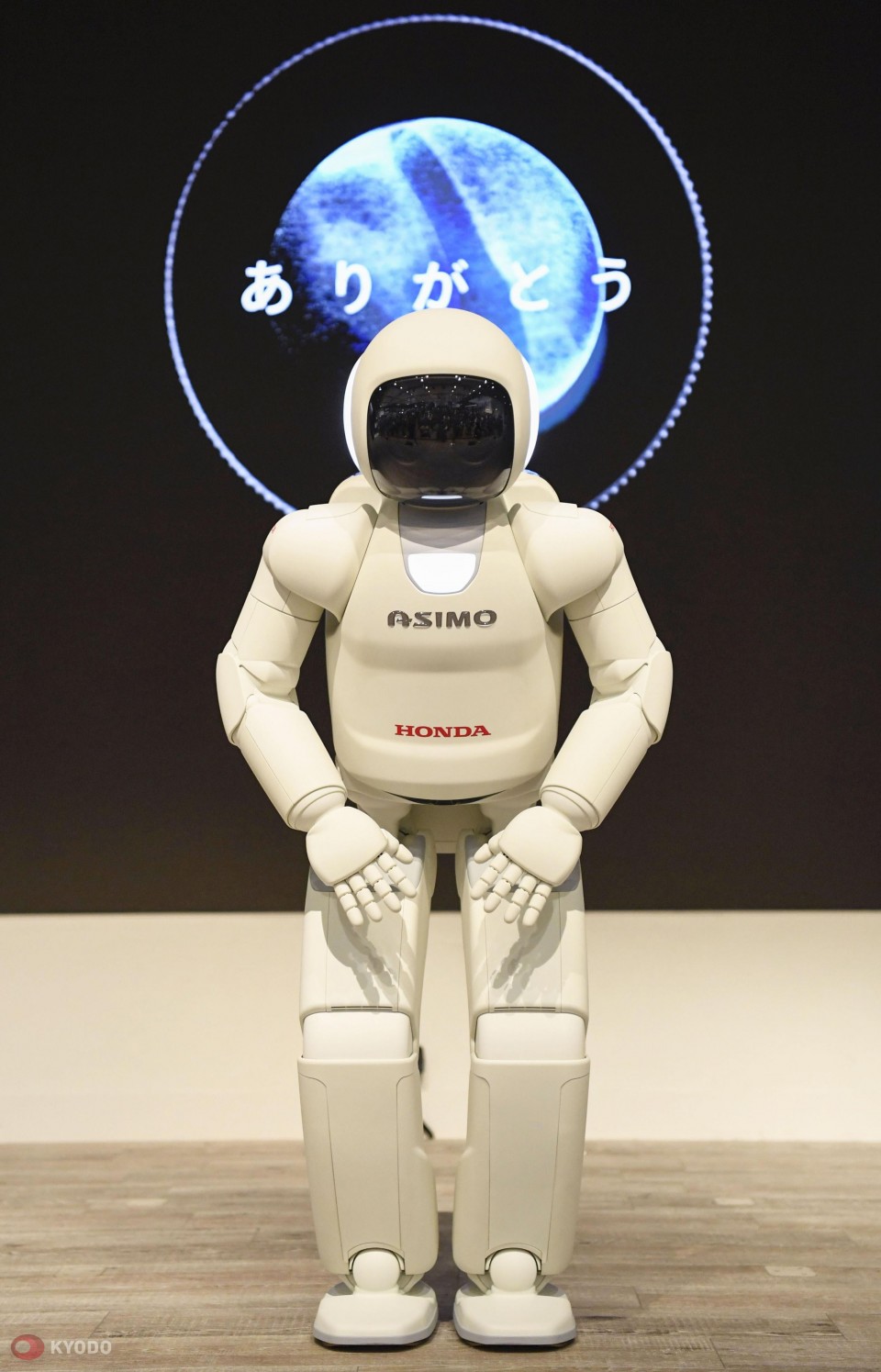 Honda Motor Co.'s Asimo humanoid robot bows in Tokyo on March 31, 2022. It made it's final perfomance the same day before retiring. (Kyodo)

In 2014, when then U.S. President Barack Obama visited Japan, the two-legged robot greeted him in English and exhibited moves including kicking a ball and jumps at the National Museum of Emerging Science and Innovation in Tokyo.

The robot had since been demonstrating its human-like abilities at the science museum as well as the Honda showroom. 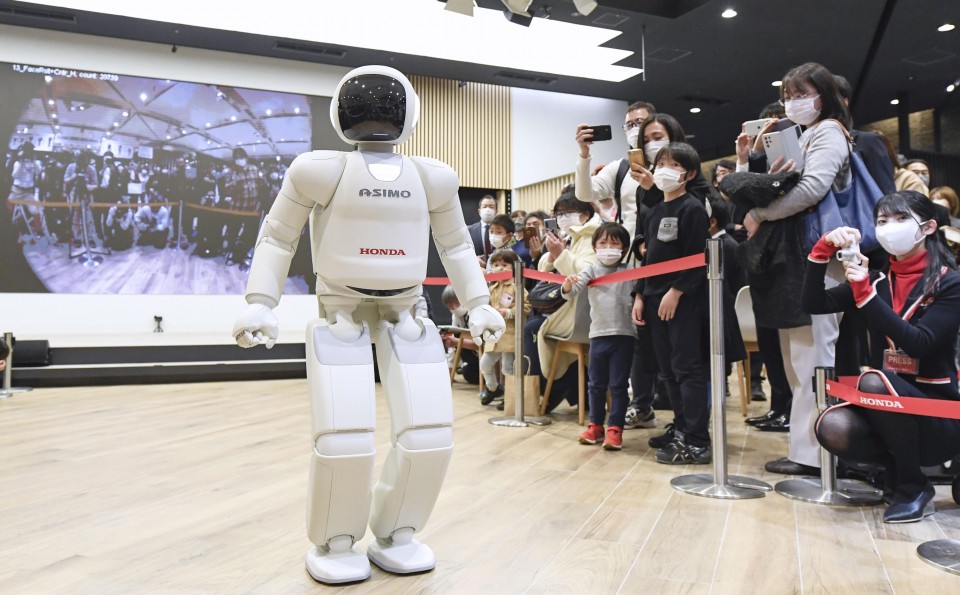 Honda Motor Co.'s ASIMO humanoid robot walks after its final performance in front of about 100 people at a showroom at the company's head office in Tokyo on March 31, 2022. The robot, first introduced in 2000, retired later in the day. (Kyodo) ==Kyodo