Japan to work closely with G-7 after U.S. ban on Russian oil: Kishida

Japan will coordinate closely with the Group of Seven nations and weigh the need to ensure a stable supply of energy and national security before taking punitive steps against Russia following a U.S. ban on Russian oil and other energy imports, Prime Minister Fumio Kishida said Wednesday. 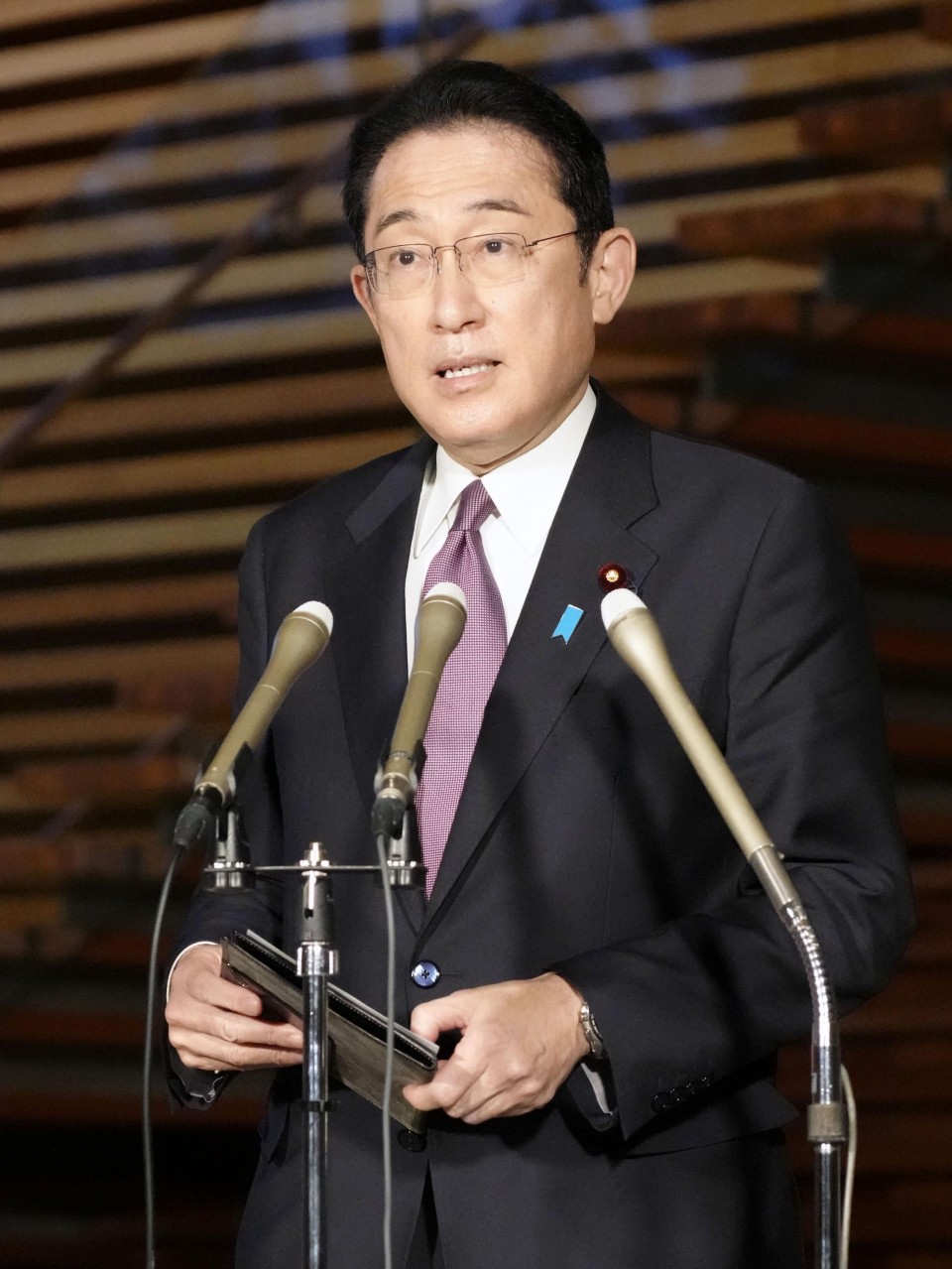 Japanese Prime Minister Fumio Kishida meets the press at his office in Tokyo on March 9, 2022, following Washington's decision to ban Russian oil and other energy imports over Moscow's invasion of Ukraine. (Kyodo) ==Kyodo

Kishida acknowledged that U.S. President Joe Biden understands other allied nations cannot simply join the United States, a net exporter of energy, in imposing a similar ban to punish Russia for its invasion of Ukraine.

"Ensuring the country's stable energy supplies and security as national interests, Japan will coordinate with the international community, including the G-7, in responding firmly to this issue," Kishida told reporters.

Along with the U.S. ban announced on Tuesday, Britain will phase out Russian oil imports by the end of the year, and the European Union, which relies heavily on Russian energy resources, came up with a proposal to end its reliance on Russian fossil fuels before 2030.

Resource-poor Japan relies heavily on imports to satisfy its energy needs and remains cautious about sanctions targeting the Russian energy sector. Although most of Japan's crude oil comes from the Middle East, that from Russia accounts for 3.6 percent of its total imports.

"As stable energy procurement is among our national interests, it is unlikely we will immediately follow the United States," a government official said.

But Japan may still be compelled to take more action against Russia if the situation in Ukraine worsens and the United States and European countries tighten sanctions on Moscow.

"As it may be necessary to make further decisions, we want to act in a level-headed manner," industry minister Koichi Hagiuda said during a parliamentary session.

The conflict in Ukraine and subsequent sanctions by the West have sent crude oil and commodity prices higher as supply concerns have grown.

Japan has taken a spate of sanctions against Russia, freezing the assets of President Vladimir Putin and his subordinates, as well as business oligarchs. It also joined the United States and the European Union in removing some Russian banks from the international payment system known as SWIFT.