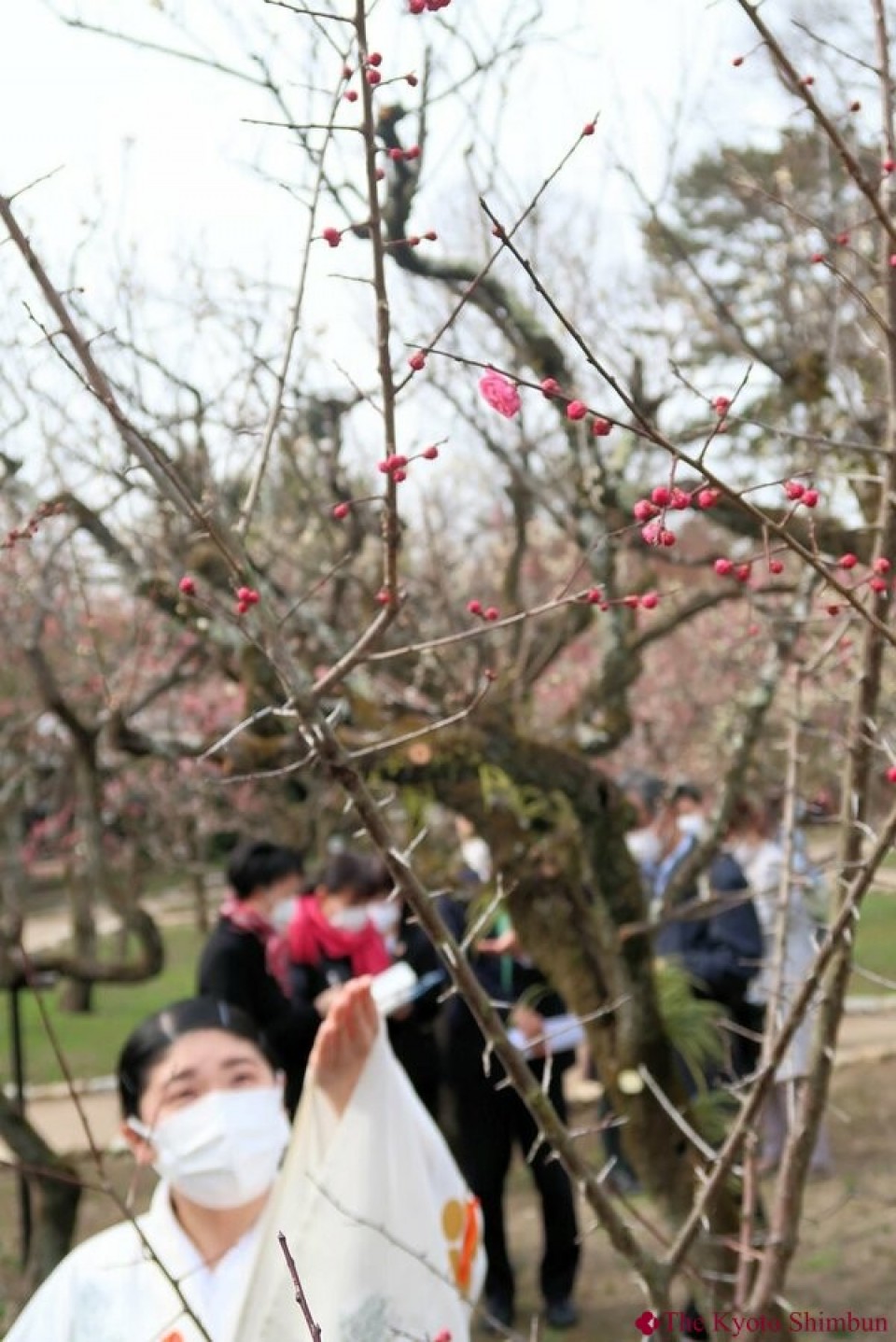 A clone of the sacred plum tree at Kitano Tenmangu Shrine blossoms for the first time.

A clone of the sacred plum tree at Kitano Tenmangu Shrine in Kyoto has blossomed for the first time after years of efforts to pass the weakening tree down the generations.

The shrine is dedicated to Sugawara Michizane, a 9th-century scholar and politician who was exiled by his political rivals from Kyoto, Japan’s ancient capital, to Dazaifu in Kyushu, southwestern Japan.

The sacred tree at the shrine is called "tobiume," or flying plum tree. Legend has it that the tree loved by Sugawara Michizane flew from his residence in Kyoto to Dazaifu after his exile.

The sacred tree, which has its offspring at many shrines around Japan, is said to date back to the founding of Kitano Tenmangu Shrine in the 10th century.

As the original tree came to show signs of weakening, the shrine and Sumitomo Forestry Co. began efforts in 2009 to preserve it with tissue culture, and planted clone seedlings at the shrine's plum garden, starting in 2017. One of the seedlings has grown into a 3-meter tree and produced a scarlet bloom earlier in March.

In restoring old trees, the tissue culture method is more effective than grafting and makes trees less susceptible to diseases and pests as tissues are cultured in sterile conditions, according to Sumitomo Forestry.

The latest success in the tissue culture efforts represents a ray of light in the difficult task of handing over the sacred tree to future generations, a shrine official said.