North Korea said it launched a spy satellite on Feb. 27 and another one last Saturday, with Kim vowing that Pyongyang would secure reconnaissance and information-gathering abilities through operation of satellite systems. 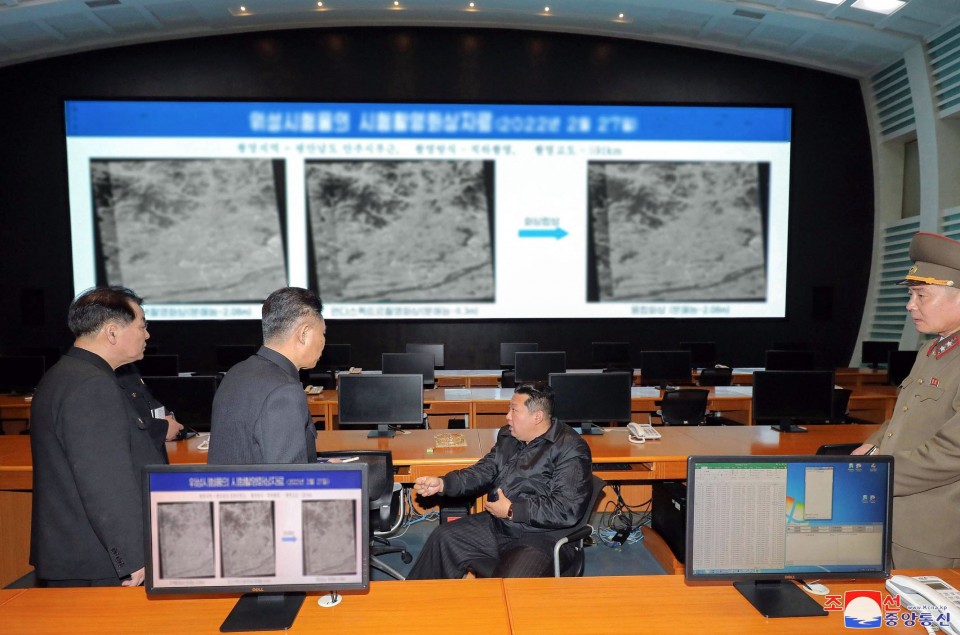 During an inspection of the National Aerospace Development Administration, Kim said military reconnaissance satellites would be put into Sun-synchronous polar orbit during the term of a five-year plan first announced last year, according to the news agency.

The satellites would provide the North's armed forces with "real-time information on military actions against it by the aggression troops of the U.S. imperialism and its vassal forces in South Korea, Japan and the Pacific."

The satellites' development is "work for the protection of our sovereignty and national interests, the exercise of the legitimate rights to self-defense and the elevation of national prestige," Kim was also quoted by KCNA as saying.

The news agency did not mention when Kim visited the aerospace development facility.