Japan said Wednesday it will temporarily close its embassy in Kyiv as Russia's invasion of Ukraine escalates, with many civilians desperately fleeing the country.

The embassy's operations will be transferred to a temporary liaison office set up in Lviv in western Ukraine, according to the Foreign Ministry. 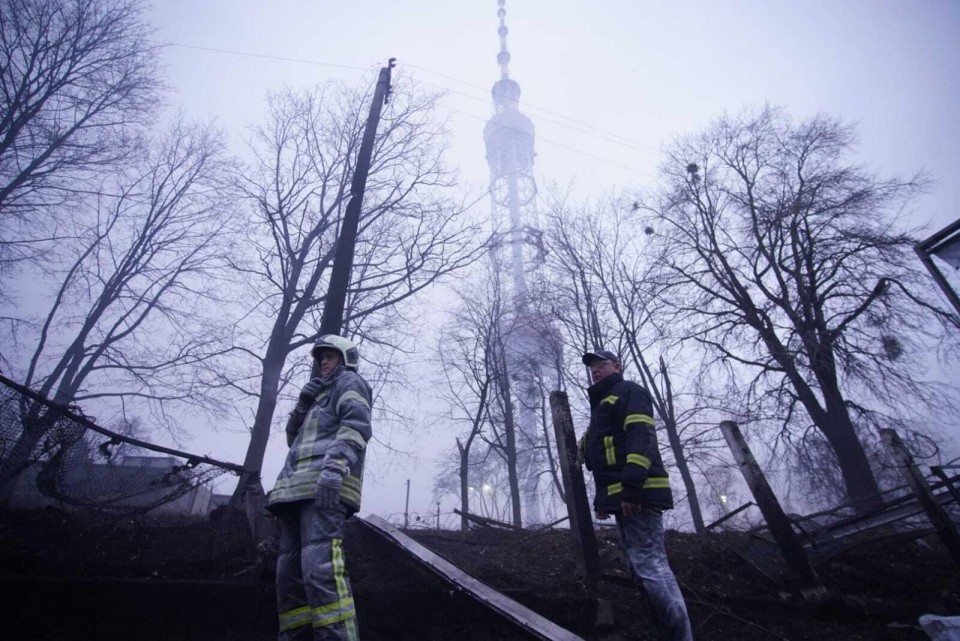 Emergency crews respond after a missile caused damage near Kyiv's TV Tower in the Ukrainian capital on March 1, 2022. (Photo by State Emergency Service of Ukraine/Handout/Anadolu Agency/Getty/Kyodo)

The office, located near the border with Poland, will continue to provide support to Japanese citizens living in Ukraine, including those trying to evacuate from the country, the ministry said.

The decision to close the embassy on Wednesday was announced after Russia's military said it would strike Ukrainian communications and intelligence sites in Kyiv, warning residents near them to leave.

On Tuesday, Russian forces fired at the main television tower in the Ukrainian capital, killing at least five people.

Since Russia's invasion of Ukraine started last week, the embassy's operations have been downscaled. But the Japanese ambassador to Ukraine, Kuninori Matsuda, and a few others have remained in Kyiv.

As of Feb. 27, about 120 Japanese nationals were in Ukraine. The Japanese government has called on them to evacuate and secured a chartered plane to transport them from Poland to a third country.

On Feb. 28, the government also set up a liaison office in Poland to help Japanese citizens seeking to leave Ukraine by land.

Chief Cabinet Secretary Hirokazu Matsuno on Wednesday requested Japanese nationals to refrain from traveling to Ukraine "regardless of purpose," when asked about the recruitment of foreign military volunteers by the Ukraine Embassy in Tokyo.

At a regular press conference, Matsuno stressed that the government has already raised its travel warning for the whole of Ukraine to the highest level. 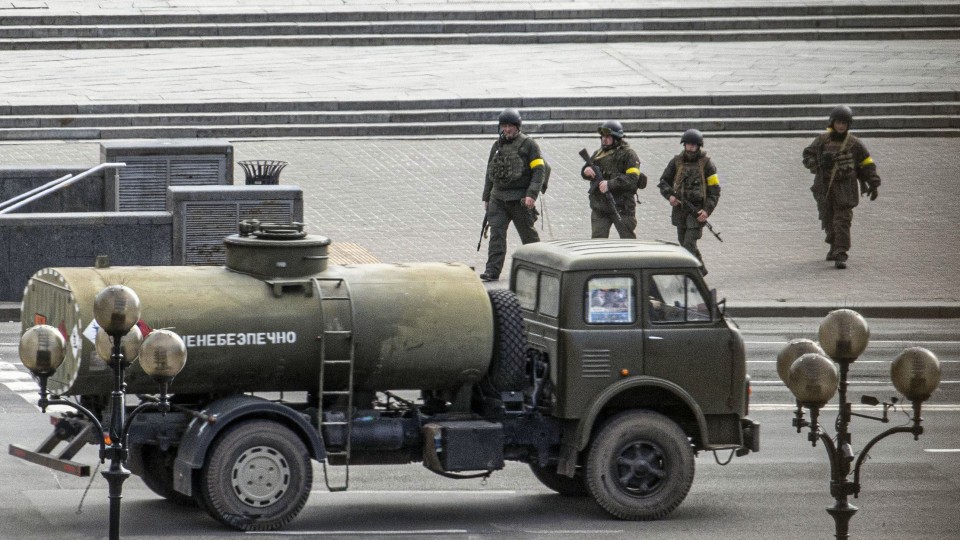 Ukrainian servicemen patrol during a curfew in Kyiv, Ukraine, on Feb. 27, 2022. (Anadolu Agency/Getty/Kyodo)