Japan will start preparations for the administration of fourth shots of coronavirus vaccines, a health ministry subcommittee agreed Thursday, after the government said it would procure additional doses from two U.S. pharmaceutical companies.

The details, including whether to actually administer the additional booster shots and who would be eligible, will be determined later.

The agreement of the subcommittee members came after the government said it had agreed to procure a total of 145 million vaccine doses from Pfizer Inc. and Moderna Inc. to prepare for the rollout of fourth shots. 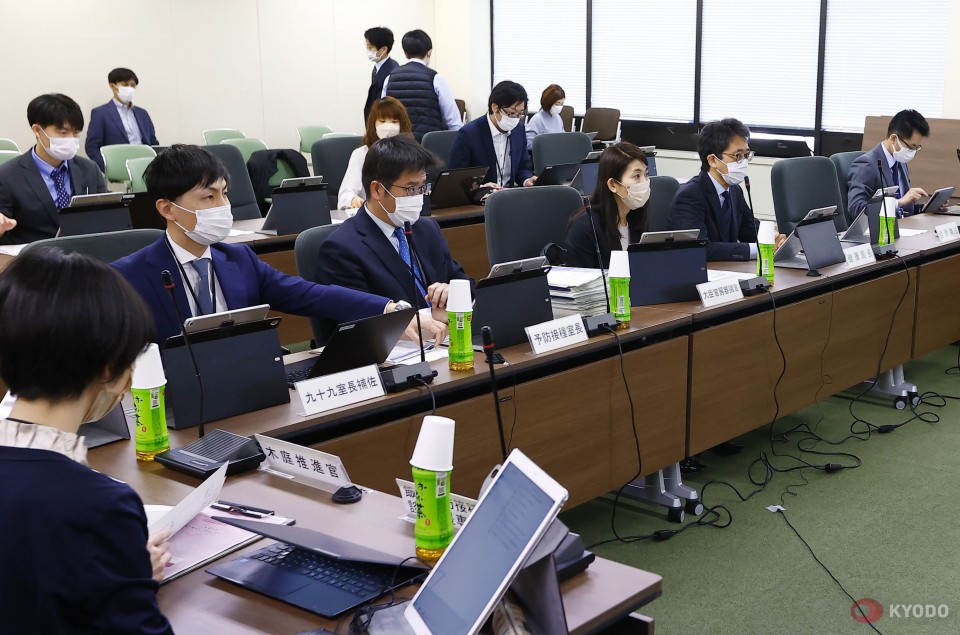 The subcommittee also approved the administration of third shots of Pfizer's COVID-19 vaccine to children aged between 12 and 17, with vaccinations expected to begin as early as next month.

Fourth doses of COVID-19 vaccines are recommended in Israel and Britain, with recipients limited to medical staff and individuals at high risk of developing severe symptoms.

The effectiveness of third shots against the highly contagious Omicron variant of the coronavirus has been found to wane over time.

In a meeting Thursday, the subcommittee members unanimously agreed to the health ministry's proposal to prepare for the administration of fourth shots, aimed at preventing development of the disease or severe symptoms, based on overseas data on their effectiveness and safety.

Under the proposal, the Pfizer and Moderna vaccines are expected to be used for the fourth shots. The administration of the fourth shots could start as early as in May, sources familiar with the matter said.

Some subcommittee members also said that defining who would receive the fourth shots was more significant compared to deciding eligibility for the first and second doses, with others saying it should be limited to medical staff and high-risk elderly patients.

Vaccinations for the coronavirus are currently free under the government's immunization law, but some members said fourth shots should be handled differently due to their nature, appearing to suggest that they be administered for a fee.

The interval between third shots and the additional boosters will be a minimum of six months in principle, but the ministry will re-examine the matter after taking into account the situation overseas.

Regarding the administration of the fourth shots, Chief Cabinet Secretary Hirokazu Matsuno said, "We need to study recipients (of the shots) and the timing for starting them based on the duration of third vaccinations and the effectiveness of fourth shots."

Matsuno added that the government will make a decision after hearing the views of experts.

According to government data released Thursday, currently over 46 million people in Japan, or 37 percent of the country's population, have received their third vaccine dose.