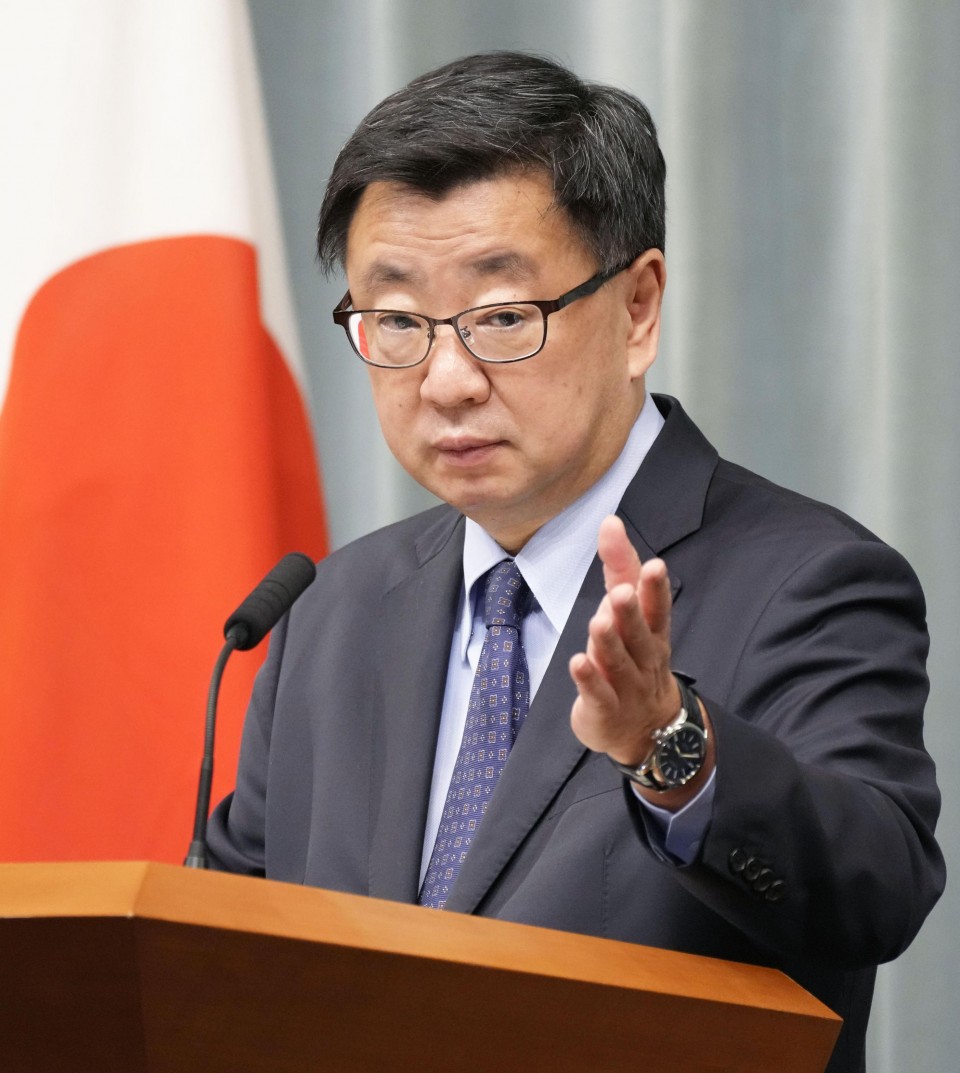 Relations between Tokyo and Seoul remain frosty over Takeshima, a group of islets controlled by South Korea but claimed by Japan, and wartime issues related to what South Korea view as forced Korean laborers as well as "comfort women," or South Koreans procured for Japan's military brothels before and during World War II.

Japanese textbooks need to satisfy certain standards and pass screening by the education ministry before they can be used in classrooms.

The results of such examinations showed Tuesday that publishers were advised to clearly state Takeshima is an "inherent part" of Japanese territory and to change the wording "forcibly taken" in describing wartime laborers from the Korean Peninsula, in line with the current government stance.

"We objected to the protest as unacceptable based on our consistent stance," Chief Cabinet Secretary Matsuno said at a press briefing, adding that the latest round of textbook screening was conducted from an academic standpoint in a "fair and neutral" way.

"It is natural for children to understand their country's territory and history accurately through education in a sovereign nation," he said.

South Korea said Tuesday Japan's claims over the islets, known as Dokdo, are unacceptable and expressed its strong regret over the descriptions of wartime South Korean laborers and comfort women in a way that "dilutes their coercive nature."

Despite the chill in relations, Japanese Prime Minister Fumio Kishida has spoken of the need for healthy ties between Tokyo and Seoul and expressed hope to meet in person with South Korea's President-elect Yoon Suk Yeol, who is calling for a "future-oriented" approach.