U.S., Japan, others to release oil reserves amid Russia invasion

The International Energy Agency said Tuesday its member countries, including the United States and Japan, agreed to release 60 million barrels of oil from emergency reserves to ensure the stability of oil markets amid Russia's invasion of Ukraine.

Such a coordinated release of petroleum stocks, the first of its kind since 2011, is intended to "send a unified and strong message" to global markets that there will be no supply shortfalls as a result of the attack launched by Russia, the world's third-largest oil producer and largest exporter, the IEA said in a press release.

The agreement was reached during a ministerial-level meeting, against a backdrop of already tight global oil markets, heightened price volatility and commercial inventories that are at their lowest level since 2014, the Paris-based agency said.

"The situation in energy markets is very serious and demands our full attention," IEA Executive Director Fatih Birol said in a press release, adding that global energy security is "under threat," putting the world economy at risk during a fragile stage of recovery from setbacks due to the coronavirus pandemic. 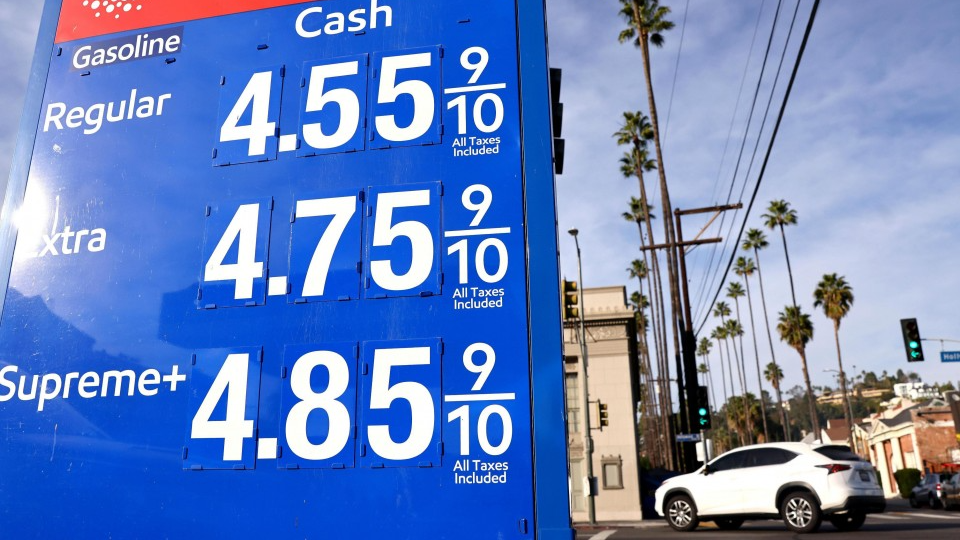 Gasoline prices are displayed at a gas station on Nov. 15, 2021, in Los Angeles, California. (Getty/Kyodo)

Japanese industry minister Koichi Hagiuda said after the meeting that the agreement among the 31 member countries of the IEA is intended to show "our will to the world that the international community is joining hands to overcome this difficult time." Japan's share will be decided later, he said.

IEA members hold emergency stockpiles totaling 1.5 billion barrels. The coordinated drawdown is the fourth in the history of the IEA, which was created in 1974, with the last one taking place in 2011 amid disruption to oil supplies from Libya.

The latest decision comes amid already high oil demand driven by a rapid recovery of economic activities after the coronavirus pandemic downturn.

"We are prepared to use every tool available to us to limit disruption to global energy supply as a result of Putin's actions," Press Secretary Jen Psaki said in a statement.

The IEA also said the ministers resolved that energy supply "should not be used as a means of political coercion nor as a threat to national and international security."

They also discussed Europe's "significant reliance" on Russian natural gas and the need to reduce it by looking to other suppliers, including via liquefied natural gas, amid concerns that Moscow may weaponize dependence on its energy exports.