The Nikkei index recorded its highest point gain since June 2020 after briefly surging by more than 1,000 points on Thursday, as investors welcomed an overnight drop in crude oil futures that had been climbing amid the Ukraine crisis. 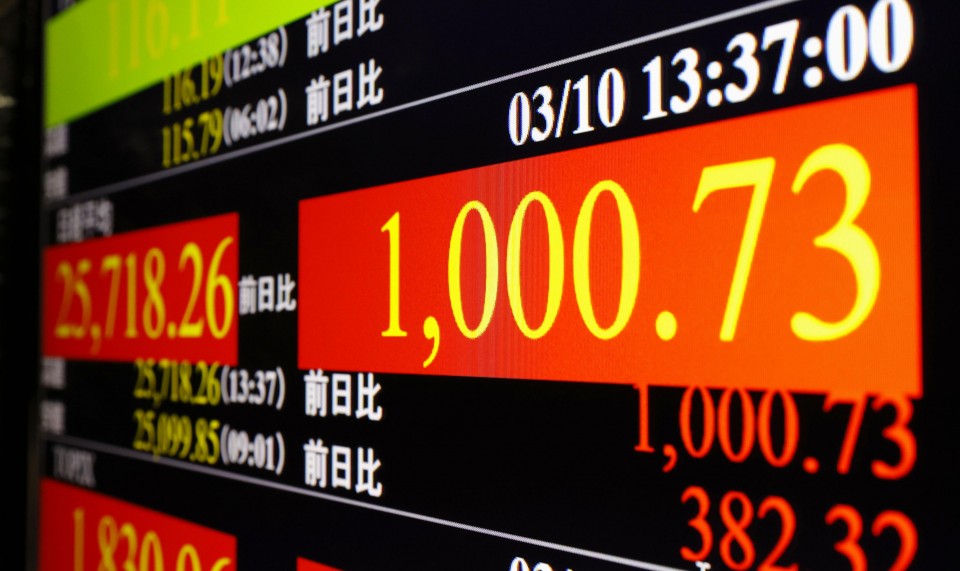 A financial board in Tokyo shows the Nikkei stock index gaining more than 1,000 points at one point on March 10, 2022. (Kyodo)

Stocks shot up from the outset as concern over elevated oil prices receded following reports that the Organization of the Petroleum Exporting Countries and its allies may raise production targets, easing worries over the adverse impact on the global economy.

Market participants sought a wide range of shares in active trading, scooping up battered stocks after the benchmark Nikkei lost over 1,800 points over the past four trading days on persistent uncertainty over Moscow's invasion of Ukraine, analysts said.

However, markets are expected to remain volatile, with investors focused on talks between Russia and Ukraine later in the day amid Moscow's ongoing offensive, analysts said.

On the First Section, advancing issues outnumbered decliners 2,140 to 30, while 10 ended unchanged.

Air transportation issues soared as falling oil futures raised hopes that damage to the sector would be curbed.