After winning silver in 2014 and 2018, the 23-year-old Japanese seized his first gold medal by landing the Olympics' first triple cork -- a trick with three off-axis flips -- at Genting Snow Park near the Chinese capital.

He now has his sights set on surpassing that performance four years from now at the games hosted by Milan and Cortina d'Ampezzo. 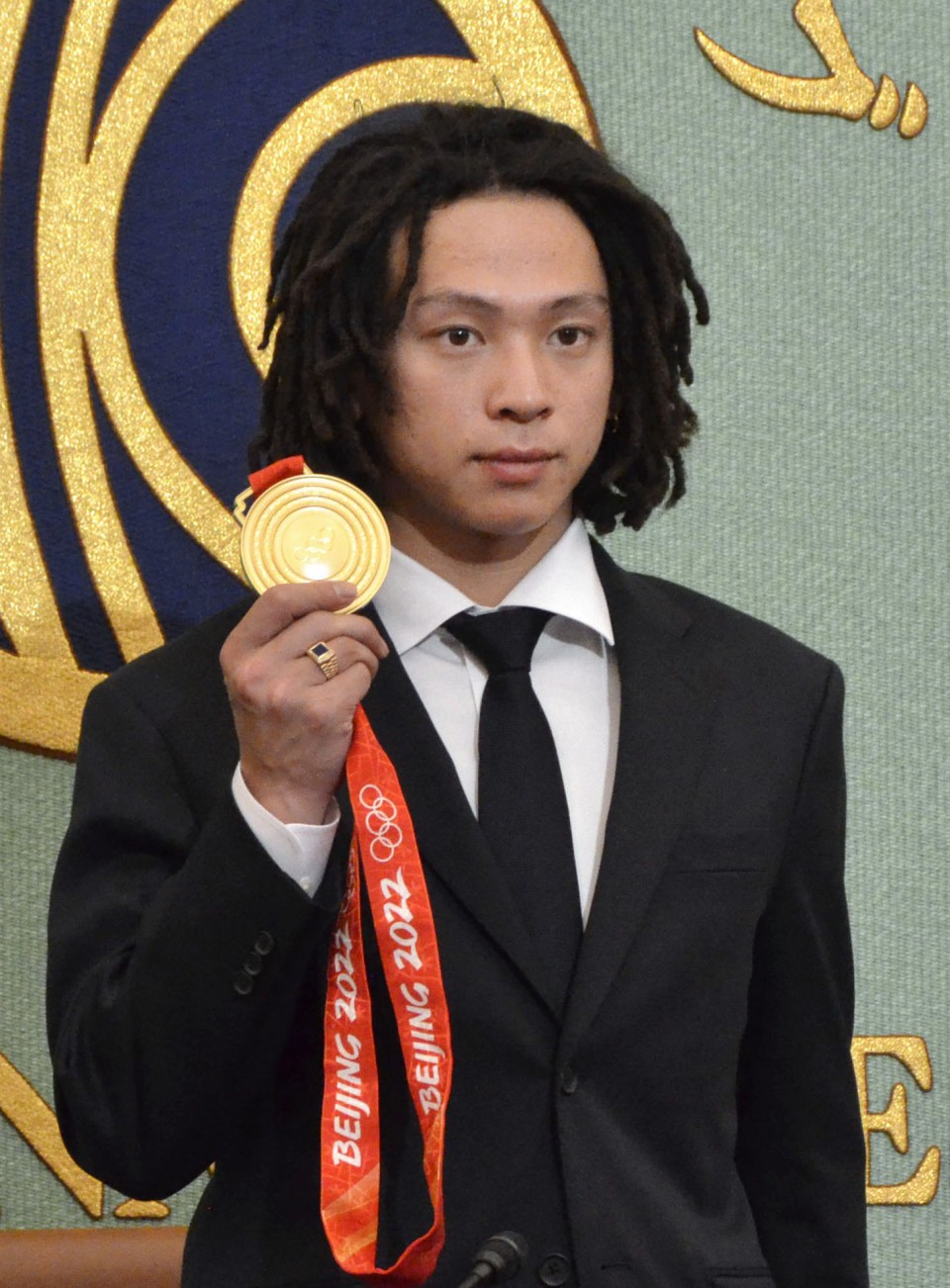 "I'm hoping to challenge myself in new tricks and also go for the next winter Olympics so long as I can compete," Hirano, who overcame a judging controversy to win the gold, told a press conference.

Hirano showed his versatility by competing in the skateboarding park event at last year's Tokyo Olympics. Although he failed to make the final, Hirano said in Beijing that the experience contributed to his run to halfpipe gold.

Whether he will seek to add skateboarding in the 2024 Paris Olympics to his wish list, remains an open question.

"Although I desire to do something like that in my heart, some part of me lacks the confidence I could go that far," he said. 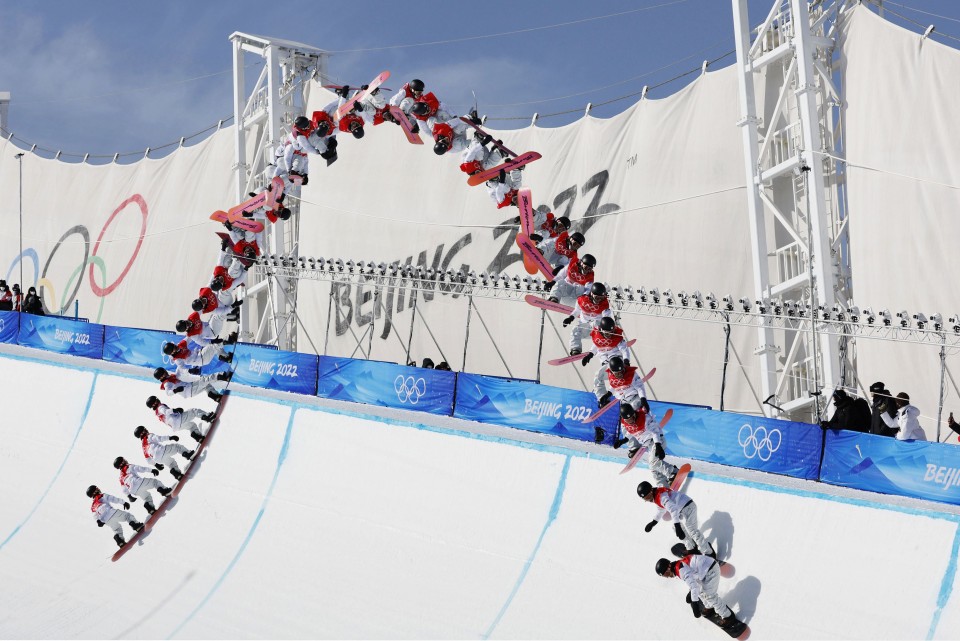 Composite photo shows Japanese snowboarder Ayumu Hirano performing a triple cork 1440 during his second run in the men's halfpipe final at the Beijing Winter Olympics on Feb. 11, 2022, at the Genting Snow Park in Zhangjiakou, China. He won gold. (Kyodo) ==Kyodo