Sole leader Takayasu suffered his second defeat on Saturday, allowing his closest title rival Wakatakakage pull even with him at the Spring Grand Sumo Tournament, setting up an intriguing final day.

The title race was whittled down to three contenders after 14 days at Edion Arena Osaka with former ozeki Takayasu and new sekiwake Wakatakakage joined by No. 6 maegashira Kotonowaka, who is one win back with three defeats. 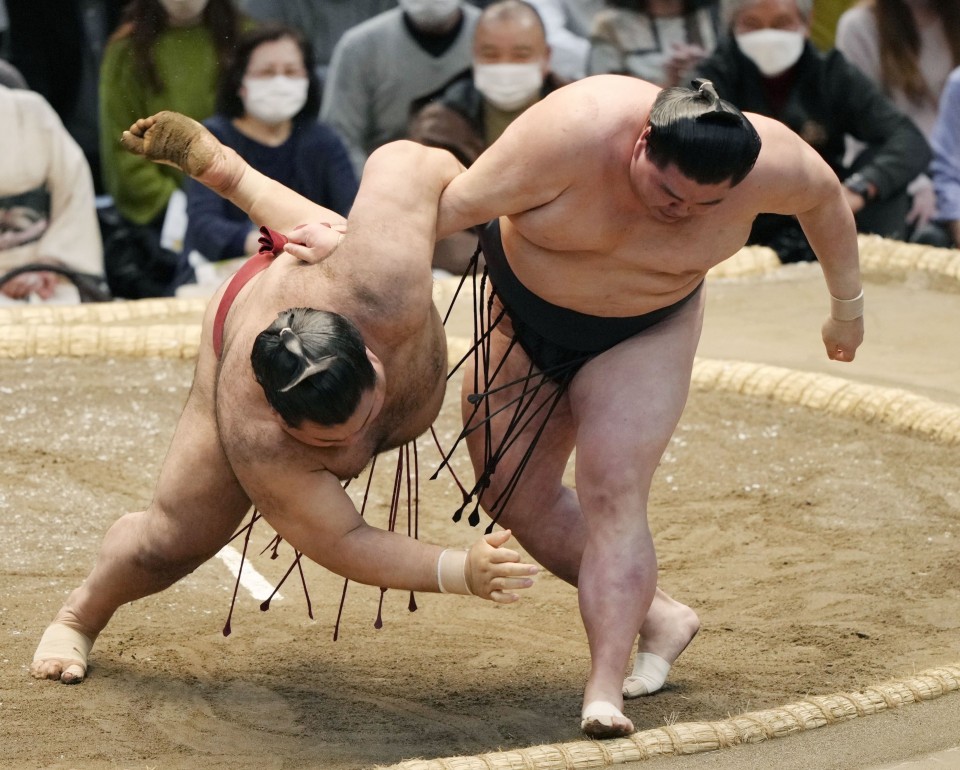 Takayasu (12-2), currently wrestling as a No. 7 maegashira, appeared to be taking another step toward his maiden Emperor's Cup as he dominated demotion-threatened ozeki Shodai, who started slowly, as he has through much of the tournament.

But Shodai (8-6), who needed eight wins here to retain his status at sumo's second highest rank, got the vital win despite surrendering a left overarm belt hold and being forced toward the edge.

Takayasu, who has led from Day 1, looked to seal the win with his momentum carrying him forward, but Shodai had the strength to stand his ground, execute a right beltless throw and fling Takayasu to the sandy surface.

Wakatakakage (12-2), meanwhile, rode his luck after he was shoved to the edge in a blink by the bullish ozeki Takakeisho (8-6), who like Shodai needed eight wins in Osaka to retain his rank. 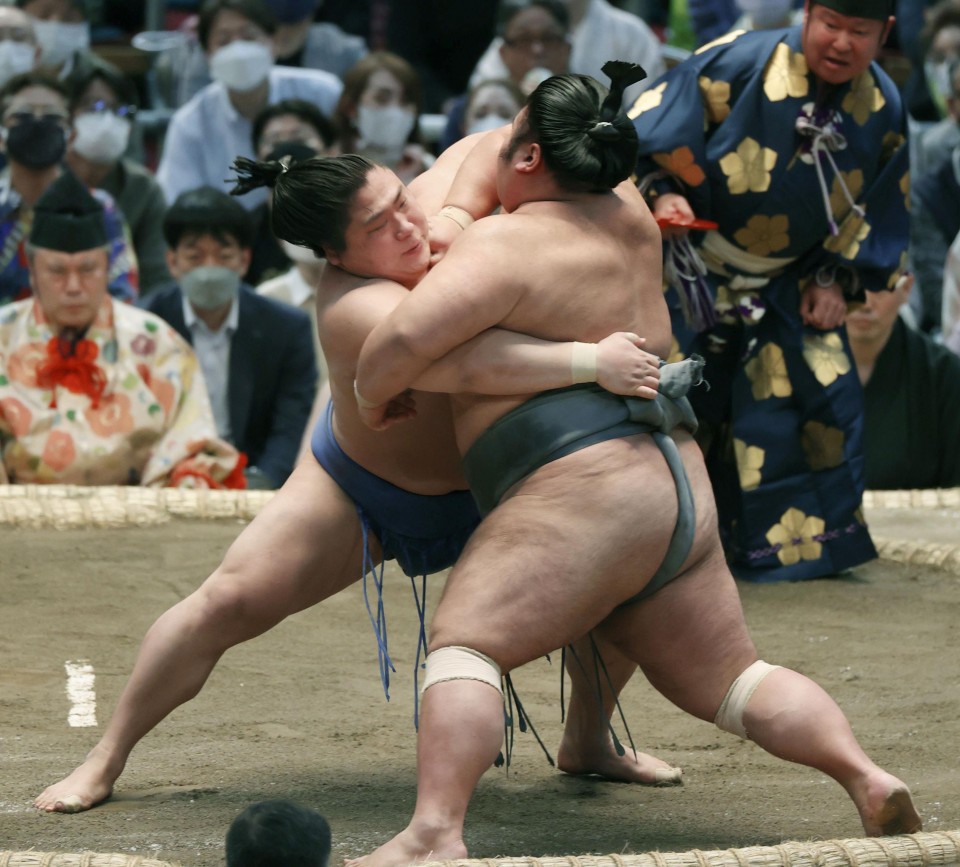 Unable to push Wakatakakage over the straw bales, Takakeisho attempted a pull down that almost won it, but the sekiwake retained his balance and went on the offensive. Forcing Takakeisho to the opposite end of the ring, the title contender used his torso to force the ozeki out.

No. 6 Kotonowaka (11-3) stayed in the title race by upsetting Mitakeumi (10-4). The loss eliminated the January champion and new ozeki from contention.

Kotonowaka could not grab a belt hold but had the better of the initial charge as Mitakeumi reacted weakly and moved aside. For his part, Kotonowaka never hesitated and easily pushed him out.

The other new sekiwake, Abi (7-7), will have to wait until the final day to secure a winning record after failing to finish off No. 6 Hokutofuji (8-6), who did well to outmaneuver Abi's relentless two-handed shoves.

Abi, with 12 wins each in the last two meets since his return to the top-tier makuuchi division in November, relied on his favorite attack but Hokutofuji sidestepped him several times to eventually leave Abi floundering and vulnerable.

New Komusubi Hoshoryu improved to 7-7 to keep his hopes alive for a winning record, the nephew of former Mongolian yokozuna Asashoryu easily dodging a rush from No. 4 Endo (7-7) to slap him down.

Komusubi Takanosho fell to his 10th defeat, his push to the throat of Okinoumi (5-9) not enough to trouble the No. 7, who moved to comfortably swing down his higher-ranked opponent.