The Russian Olympic Committee won gold with 74 points, nine points ahead of silver medalists the United States, with Japan a further two points back at the Capital Indoor Stadium. 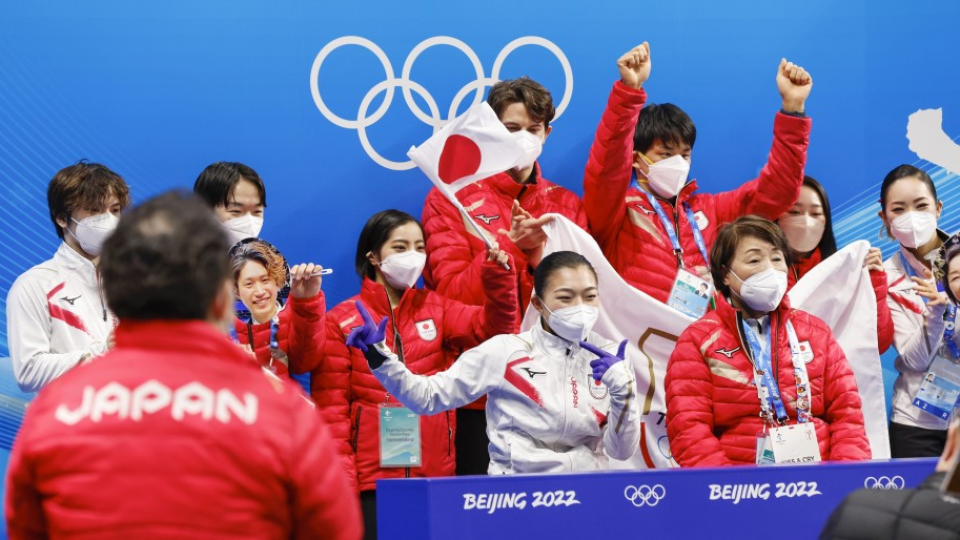 Members of Japan's figure skating team celebrate as they finish third in the team event at the Beijing Winter Olympics on Feb. 7, 2022, at the Capital Indoor Stadium in Beijing. (Kyodo) ==Kyodo

"I was nervous when I found out the women's free skate was last (on the program), but I have been training so I felt better knowing I just had to replicate what I have been doing in practice," Sakamoto said.

The ROC's 15-year-old prodigy Kamila Valieva backed up her first place in Sunday's short program by top-scoring with 178.92 points in the free skate, underlining her status as the women's individual gold medal favorite. 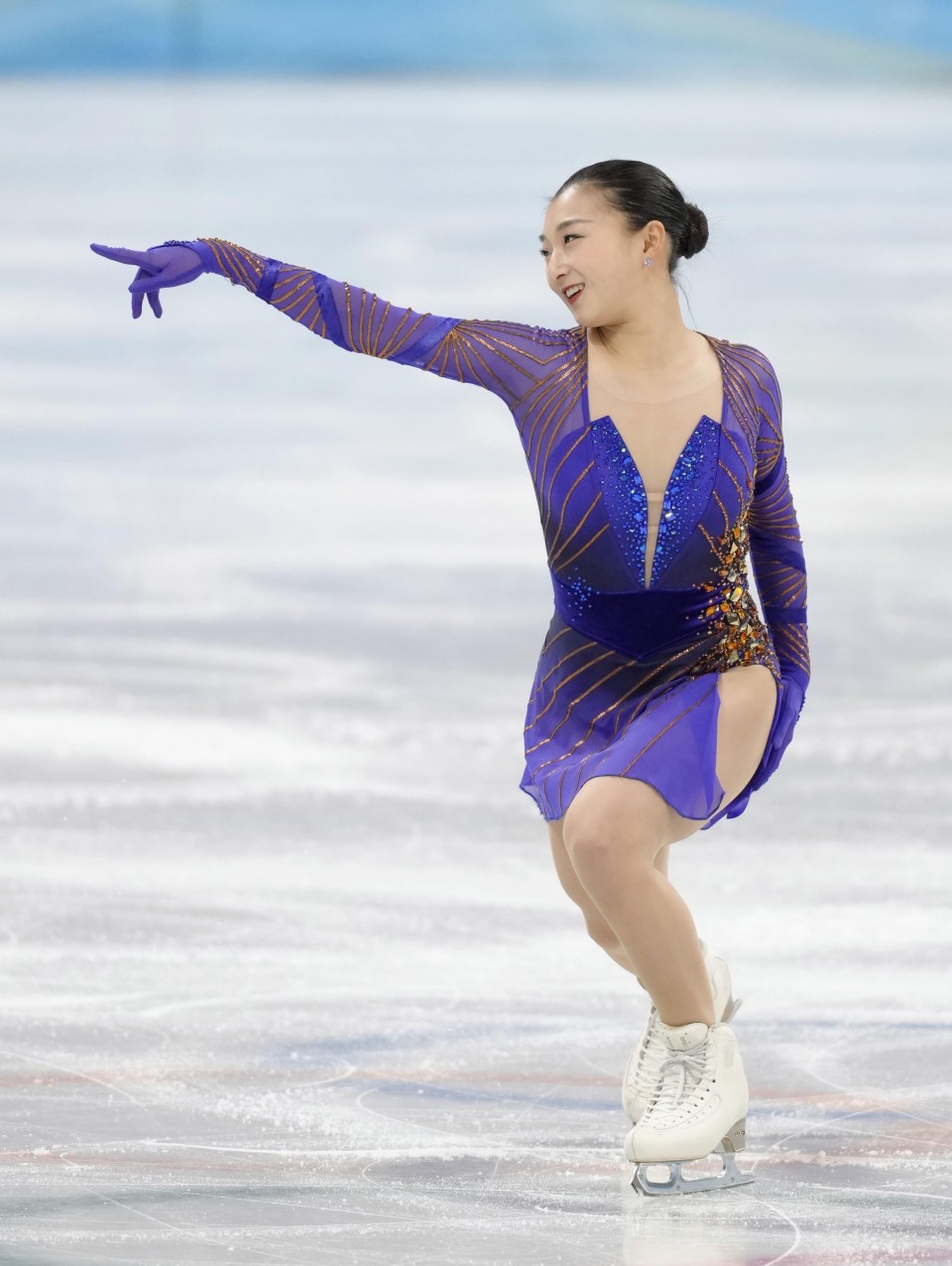 Kaori Sakamoto of Japan performs in the women's free program of the figure skating team event at the Beijing Winter Olympics on Feb. 7, 2022, at the Capital Indoor Stadium in Beijing. (Kyodo) ==Kyodo

"We've been through quite a few team competitions together to practice for this, so I think the power of the singles skaters and the pairs skating, especially, and the ability that they were able to bring to this competition, is the reason we're standing here right now," said Koleto, who also goes by the Japanese name Takeru Komatsubara.

Americans Madison Chock and Evan Bates were first with 129.07, ahead of the Russian Olympic Committee's Victoria Sinitsina and Nikita Katsalapov with 128.17. Canada's Piper Gilles and Paul Poirier placed third with 124.39.

Riku Miura and Ryuichi Kihara started Monday's competition by placing second in the pairs free skate section to briefly move Japan up to second overall. The Japanese pair, who finished fourth in Friday's short program, hit all of their elements in a mistake-free routine to score 139.60.

"We didn't make any mistakes today and this is our season-best. We're happy about that," Kihara said.

The ROC's Anastasia Mishina and Aleksandr Galliamov top scored with 145.20, while China's Peng Cheng and Jin Yang finished third with 131.75.

Japan came into the final day of competition trailing the ROC and United States in third after Yuma Kagiyama topped the men's free skate section on Sunday.

The 18-year-old's score of 208.94 made him just the third person to earn more than 200 points for the free skate, joining the elite company of back-to-back Olympic men's champion Yuzuru Hanyu and this year's gold medal favorite Nathan Chen. 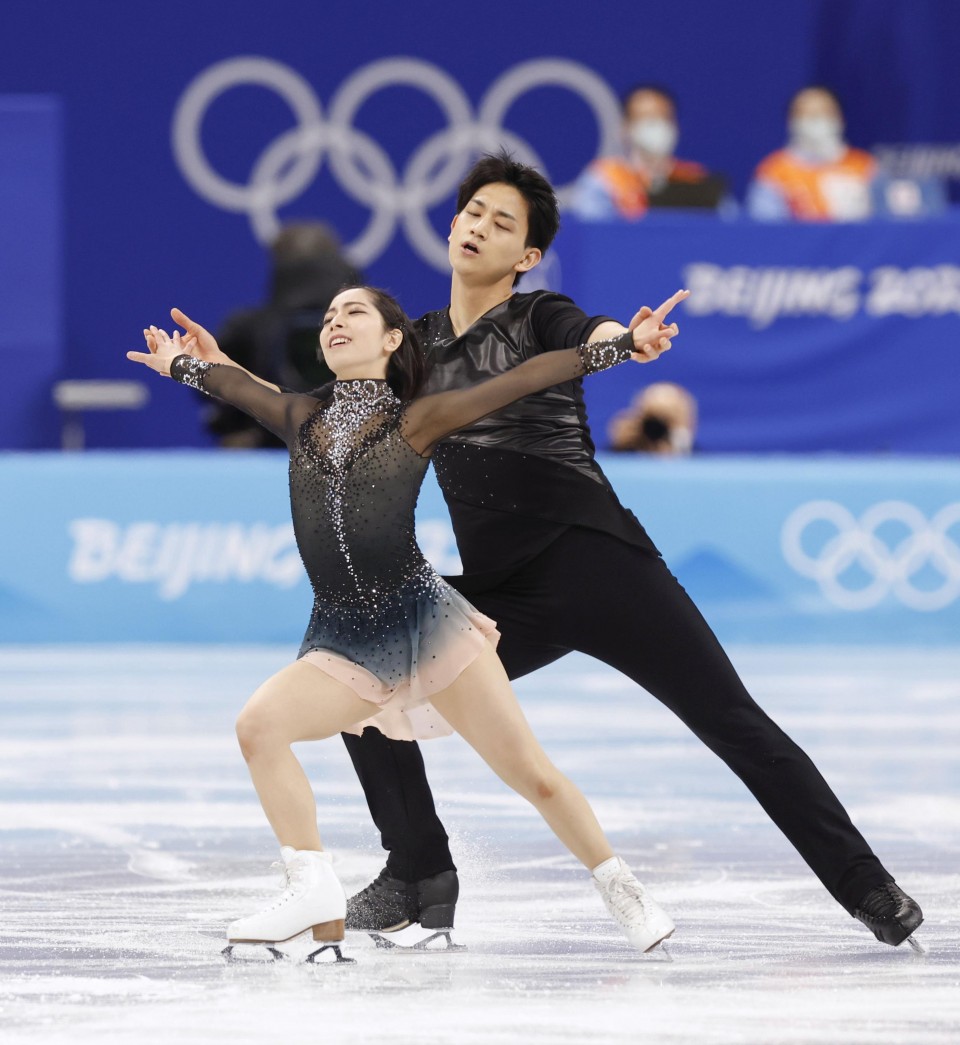 Riku Miura (L) and Ryuichi Kihara of Japan perform in the pair skating free program in the figure skating team event at the Beijing Winter Olympics on Feb. 7, 2022, at the Capital Indoor Stadium in Beijing. (Kyodo) ==Kyodo 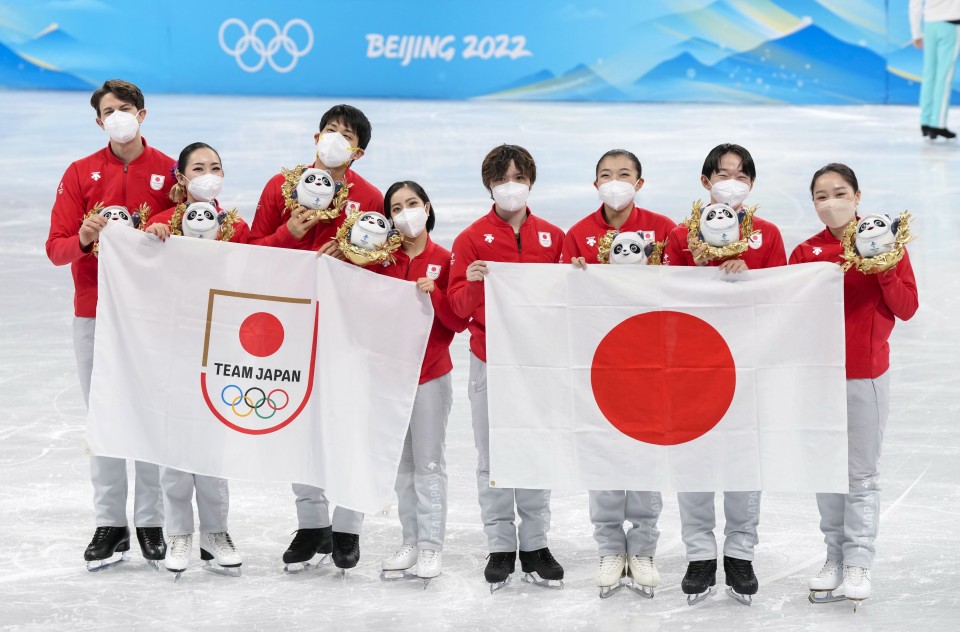