Princess Yoko, 38, the first COVID-19 patient in the imperial family, was transferred to the University of Tokyo Hospital from a hospital inside the Imperial Palace following the diagnosis, the agency said. Her sister Princess Akiko, 40, whom she met with several days ago, tested negative. 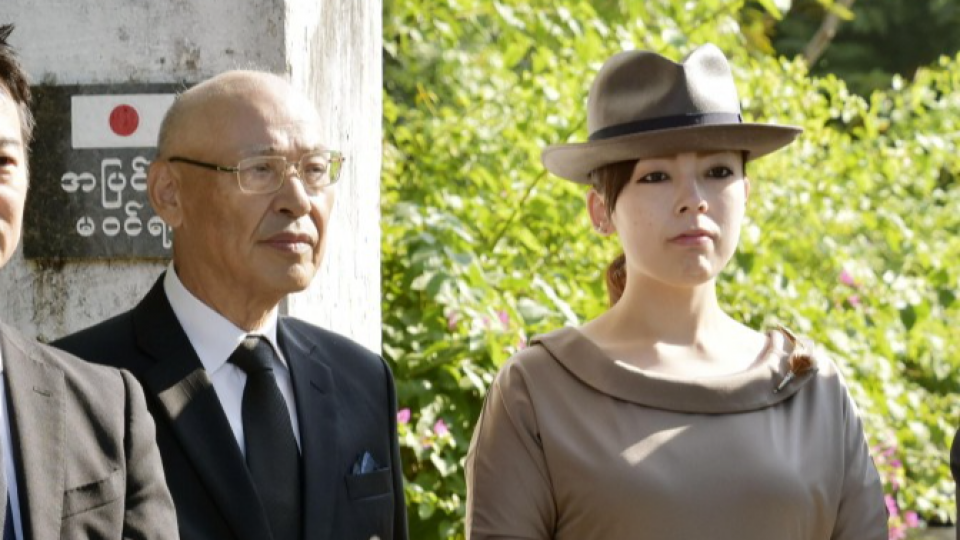 Japanese Princess Yoko visits a Japanese cemetery in Yangon on Dec. 12, 2019, during her visit to Myanmar. (Kyodo) ==Kyodo

Princess Yoko, the younger daughter of the late Prince Tomohito of Mikasa, a cousin of former Emperor Akihito, complained of a sore throat Monday and tested positive for the virus on Tuesday, the agency said the same day.

The infection route remains unknown as the princess had not attended any gathering involving food and drinks recently, according to the agency. No infection has been confirmed among her staff so far.

Princess Yoko serves as the head of Tokyo-based social welfare corporation Yuai Jujikai, as well as the honorary president of the Japan Universal Sound Design Association, a nonprofit organization that helps people with hearing loss.