Spring training for the 12 Nippon Professional Baseball teams got under way on Tuesday, with fans watching the action in ballparks for the first time in two years.

Last year fans were shut out during spring training because of COVID-19 precautions, but this year teams are allowing fans to return under new safety protocols. 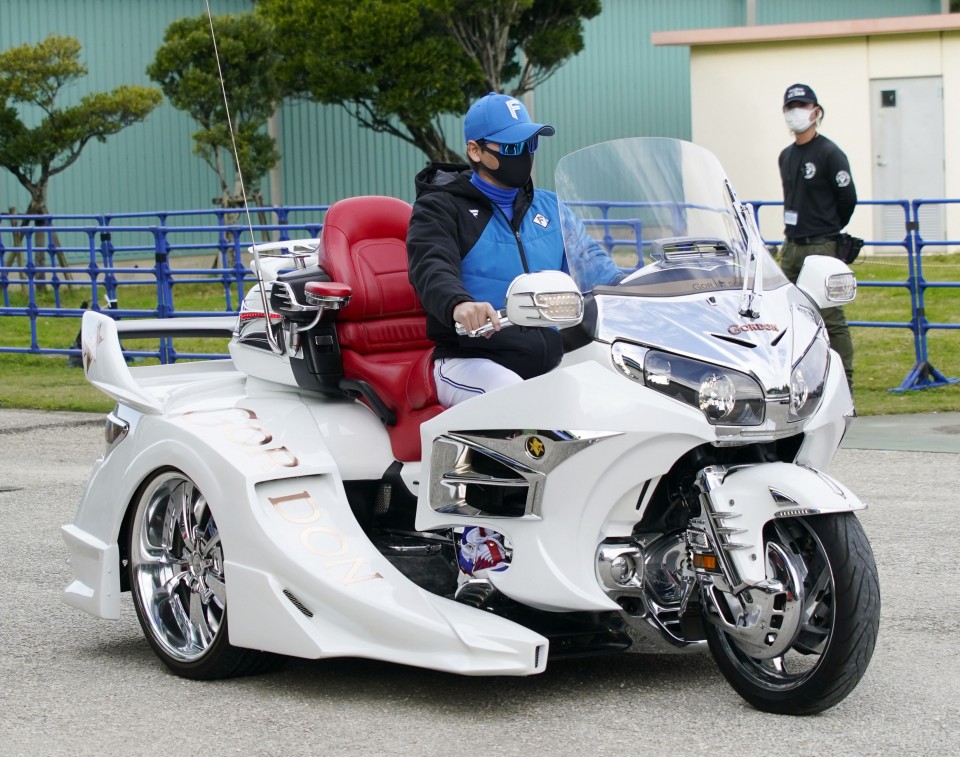 Tsuyoshi Shinjo, the new manager of the Sapporo-based Nippon Ham Fighters, made a grand entrance on a three-wheeled motorcycle when he showed up at the minor league team's spring training site in Kunigami, a village in Japan's southernmost prefecture of Okinawa.

Akihiro Yano, who announced a day earlier that 2022 will be his last season at the helm of the Hanshin Tigers, addressed the crowd during an opening ceremony held in the stadium at Ginoza, also in Okinawa Prefecture. 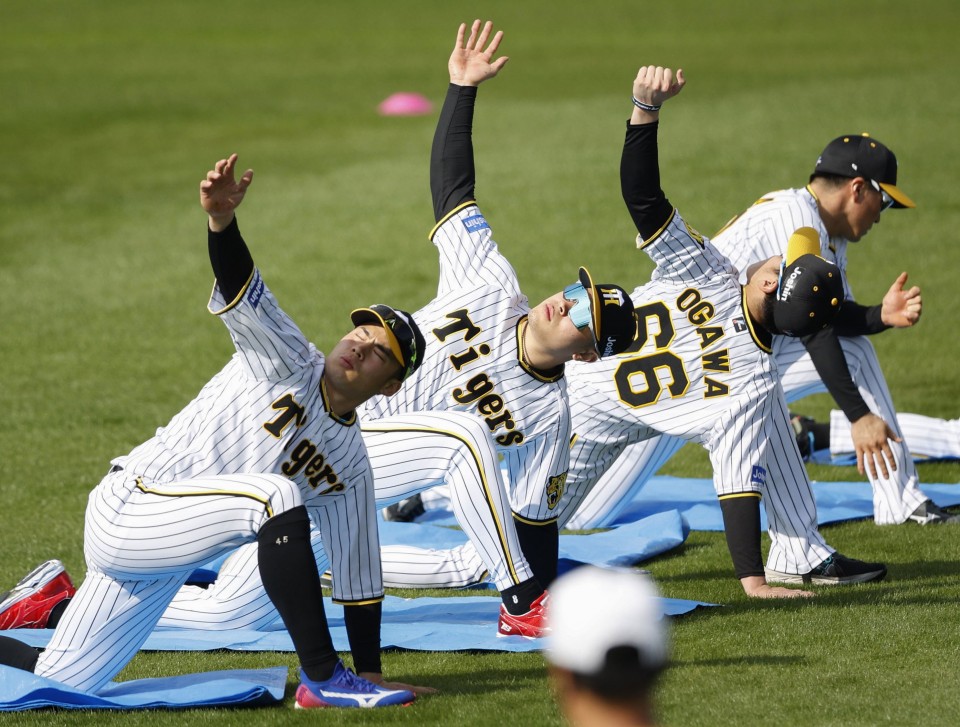 Spring training camp kicks off for the Hanshin Tigers at a ballpark in the Okinawa Prefecture village of Ginoza, southern Japan, amid COVID-19 fears on Feb. 1, 2022. (Kyodo) ==Kyodo

The reigning Japan Series champion Yakult Swallows started spring training in Urasoe, Okinawa Prefecture, without manager Shingo Takatsu, who was in isolation after a family member tested positive for coronavirus.

Preseason games begin Feb. 23, and the Central and Pacific leagues both open their regular season on March 25. 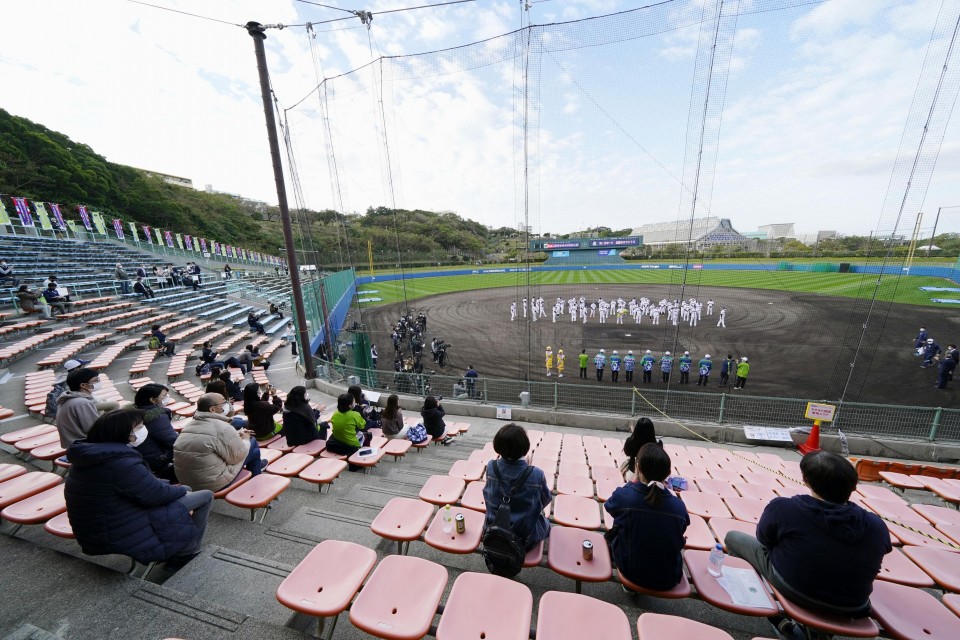 Spring training camp kicks off for the Yakult Swallows at an almost empty ballpark in the Okinawa Prefecture city of Urasoe, southern Japan, amid COVID-19 fears on Feb. 1, 2022. (Kyodo) ==Kyodo

Baseball: More laurels for Ohtani as "Athlete of the Year"