The Japanese women's ice hockey team made a winning start to its Beijing Winter Olympics campaign on Thursday, beating Sweden 3-1 after Rui Ukita scored a tie-breaking goal in the final period.

Japan came into the Group B clash at Wukesong Sports Centre having won two of its last three games against Sweden, including the most recent meeting in the preliminary round of the 2019 world championships. 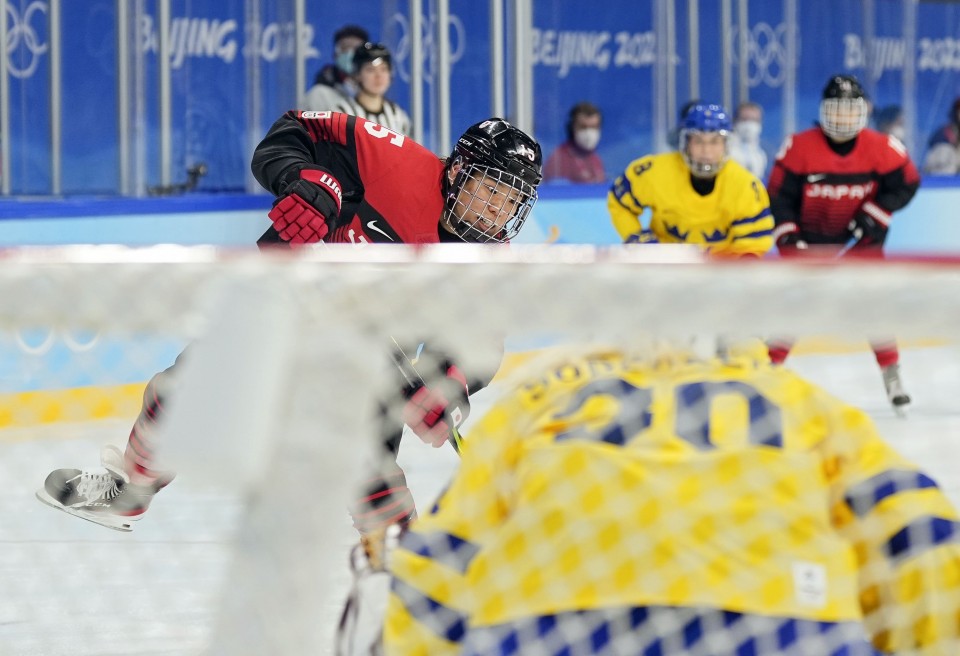 Rui Ukita (L) of Japan scores a goal during the third period of the women's ice hockey preliminary round group B match against Sweden at the Wukesong Sports Centre at the Beijing Winter Olympics on Feb. 3, 2022. (Kyodo) ==Kyodo

After an unsettled start and an early two-minute penalty for too many players on the ice, Japan gained the upper hand in the opening period. With 47 seconds left until the buzzer, Shiori Koike gave her side the lead when she turned in a pass from Hanae Kubo.

The lead was short-lived, however, with Sweden tying it up just 30 seconds into the second period when Maja Nylen-Persson squeezed her shot past Japanese goaltender Nana Fujimoto.

Ukita netted the decisive goal with just over four minutes elapsed in the third, streaking down the right side and beating Swedish goalie Emma Soderberg. 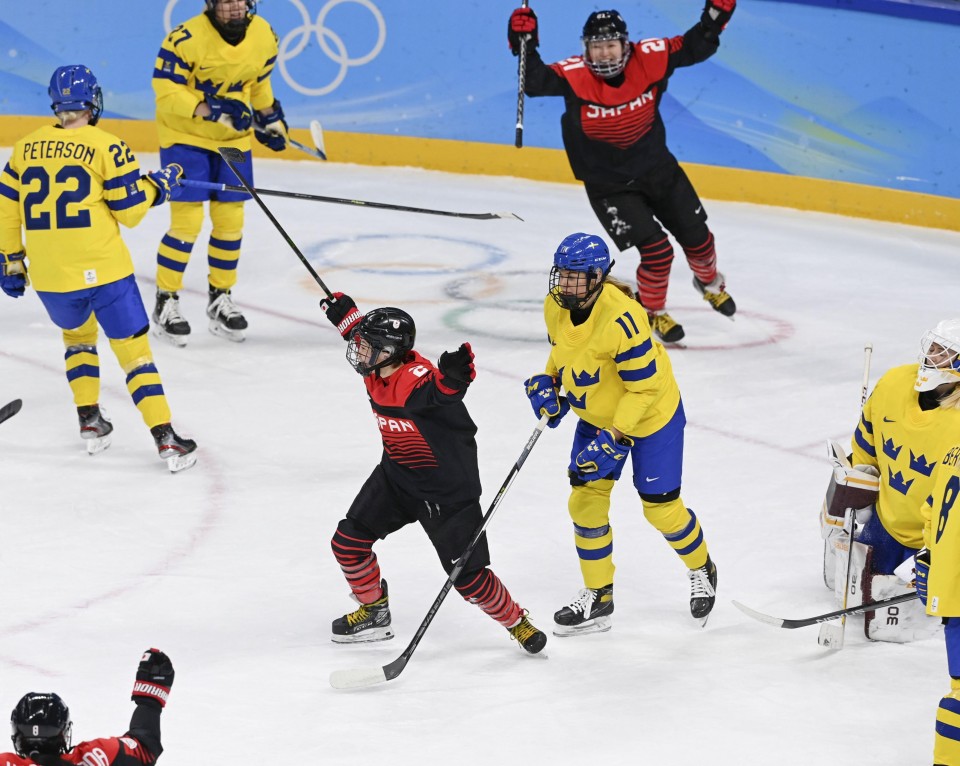 Shiori Koike (C, L) of Japan reacts after scoring a goal during the first period of the women's ice hockey preliminary round group B match against Sweden at the Wukesong Sports Centre at the Beijing Winter Olympics on Feb. 3, 2022. (Kyodo) ==Kyodo

As the Swedes searched for a desperation equalizer, Haruna Yoneyama added an exclamation goal for Japan, scoring into an empty net from long distance with 61 seconds left.

Japan, which led the shot count 40-27, stuck to its game plan of controlling the puck and trying to stifle its opponent when not in possession, forward Chiho Osawa said.

"The first game is really important, so I'm glad we won," said Osawa, who plays for Swedish club Lulea. "As you can see from the number of shots, we were able to control play for long stretches."

Sweden captain Michelle Lowenhielm said her team would look to quickly bounce back from a disappointing defeat.

"I think we should have (won) this game and it sucks to lose. But I believe in this team and we'll turn this around," Lowenhielm said.

Head coach Yuji Iizuka's Japan team is aiming to improve on the country's best-ever Olympic result of sixth. Japan will play Denmark in its next group game on Saturday, the day after the Olympic opening ceremony.