For two-time defending men's Olympic figure skating champion Yuzuru Hanyu, success at the Beijing Games will be about achieving the unprecedented and becoming the first to successfully land the sport's most difficult jump, the quad axel, under the brightest lights.

Hanyu is trying to become only the second to win three straight men's Olympic figure skating gold medals, joining Swede Gillis Grafstrom who did it 94 years ago. That effort is now inextricably linked to the jump the Japanese star has dreamed of since childhood. 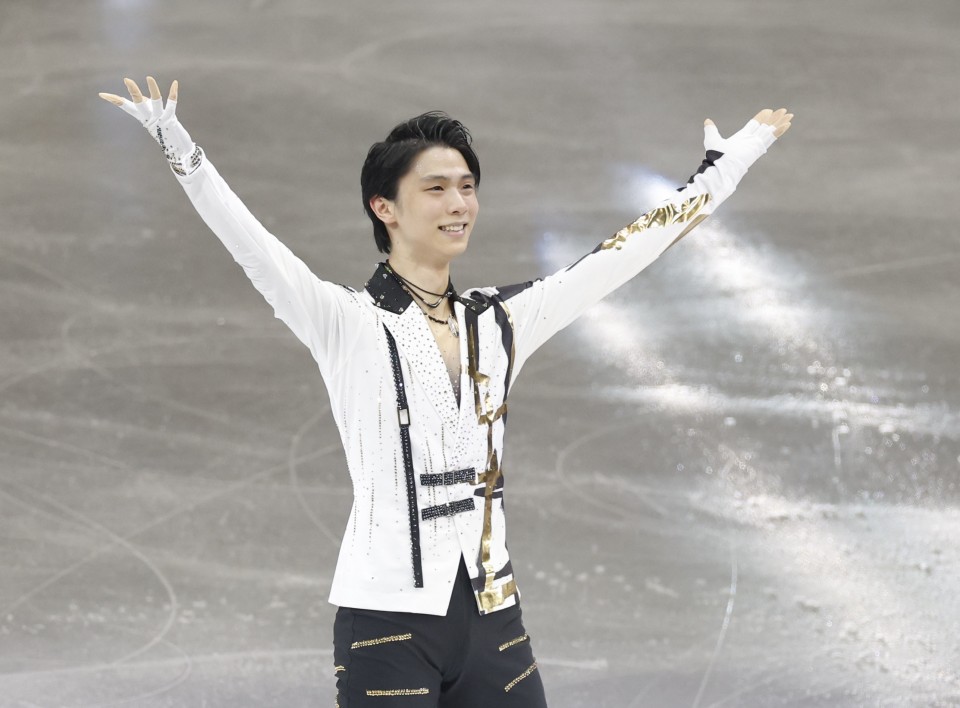 The 27-year-old attempted one at the start of his free skate at December's Japan national championships. The large crowd at Saitama Super Arena near Tokyo held its breath as Hanyu looked back before twisting forward and stepping into the jump.

Although he fell short of the full four-and-a-half rotations, Hanyu landed smoothly, and he expressed satisfaction with the jump he has been aiming to master since shortly after the 2018 Pyeongchang Olympics.

"For me, at this moment in time, I can take it (positively) managing that much," Hanyu said.

His Canadian coach, Brian Orser, said the quest to master the quad axel was a natural fit for a personality like Hanyu, who needed a new challenge after winning two Olympic gold medals and two world championships titles.

Hanyu, whose triple axel is regarded as the world's most beautiful, said he was unprepared for the enormity of the challenge.

"I had confidence in my axels. I hadn't realized quad axel would be that tough," said Hanyu, who initially pictured himself mastering the jump in the 2018-2019 season. 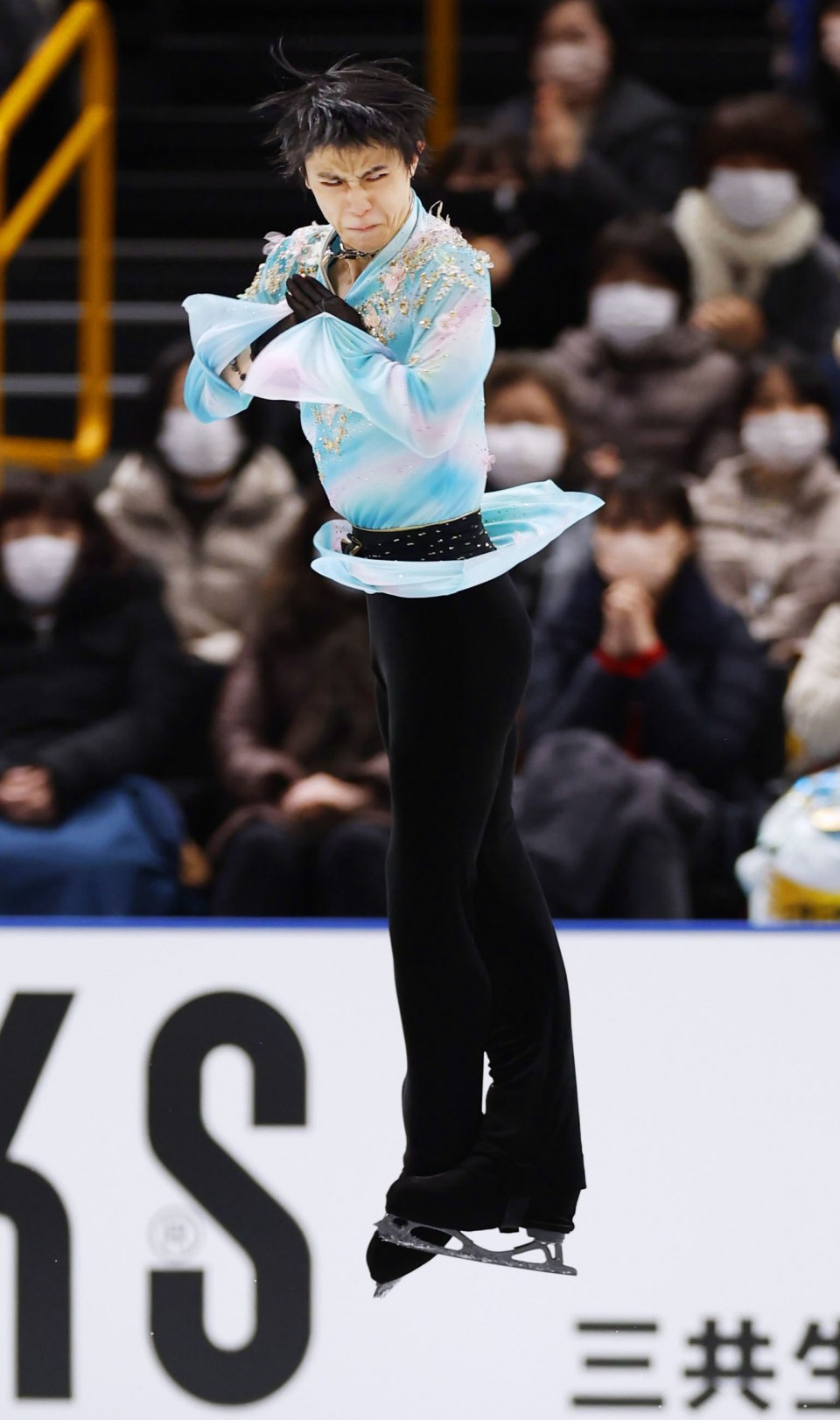 File photo shows Yuzuru Hanyu going for a quad axel in the men's free skate at the national figure skating championships at Saitama Super Arena in Saitama on Dec. 26, 2021. (Kyodo)

When he focused on the height needed for four-and-a-half rotations, Hanyu's body refused to rotate enough. Focusing too much on rotation, however, prevented him from reaching the necessary height.

Hanyu added strength last season, but the extra muscle weight resulted in unstable landings. So this season, he dropped three kilograms to stabilize his rotational axis.

As the trial-and-error continued beyond a thousand unsuccessful and injury-risking attempts, the idea the jump is a fantasy on which he should give up crept into Hanyu's thoughts, especially as he trained on his own when COVID-19 restrictions prevented him from joining Orser at his regular training base in Canada.

His commitment began to deliver results at the end of last year when he came within a quarter rotation of his goal.

Takeshi Honda, one of Japan's quad jump pioneers, and a fourth-place finisher at the 2002 Salt Lake City Olympics, believes Hanyu is within touching distance of his goal.

"If he can transfer his weight just a little bit better, he'll get more rotation," said Honda, who observed that Hanyu's weight shift from his left foot at the nationals was just a tiny bit delayed from where it needs to be.

"The timing of the rotation has to be precise down to a tiny fraction of a second," Honda explained

On top of nailing the quad axel, Hanyu will need to amass the necessary points from his other elements to surpass his rivals, with three-time defending world champion Nathan Chen of the United States likely standing between him and a place in Olympic history as a three-time gold medalist. 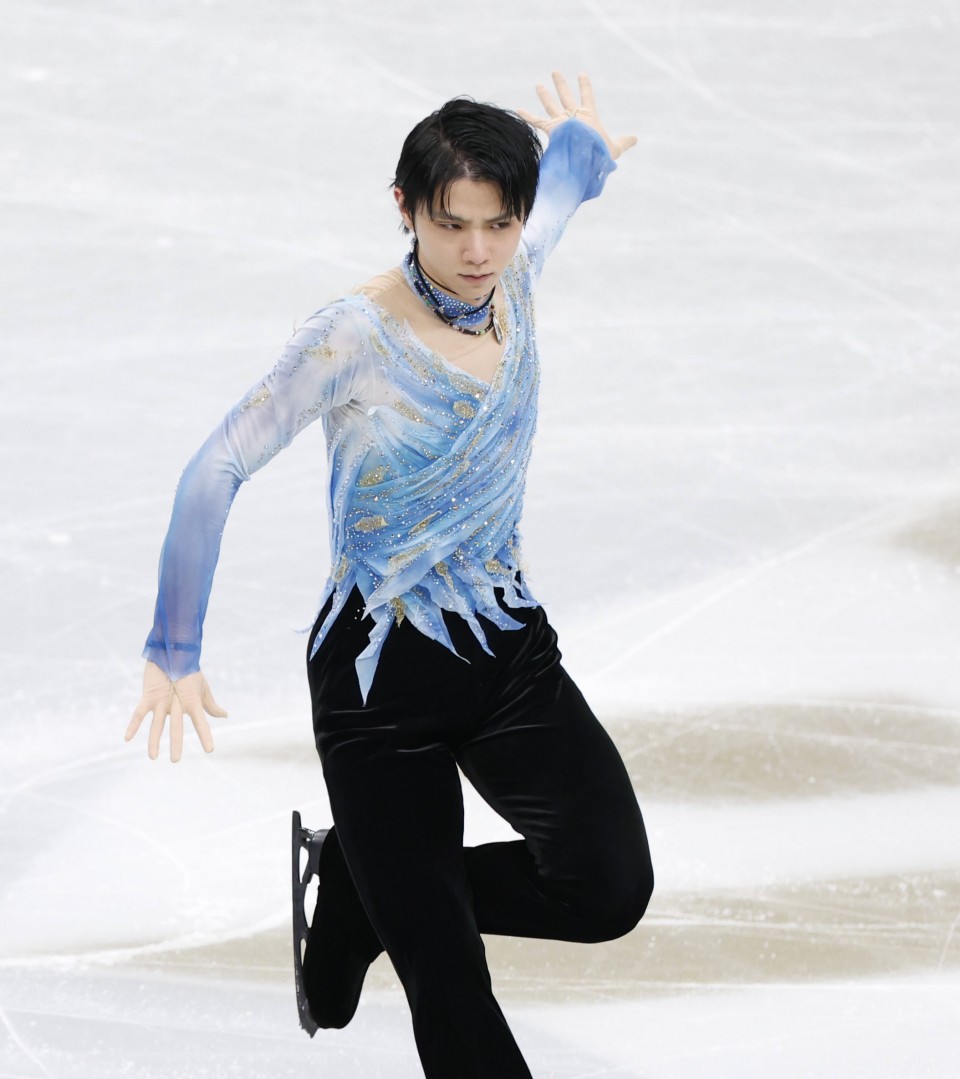 Hanyu will hope to come up with a near-perfect short skate, in which he holds the world record 111.82 points, and top the standings ahead of the free skate just as he did en route to winning the past two Olympic gold medals.

With Chen likely to employ five quads, including the lutz and flip, jumps only behind the quad axel in their degree of difficulty, Hanyu will have little margin for error.

"My desire to nail the quad axel underlies my aspiration for the Beijing Olympics," said Hanyu as he eyes his ultimate performance. "My aim is to win gold building on that."