U.S. to shut embassy in Kyiv amid fears of Russia invasion of Ukraine

The United States said Monday it is moving its embassy operations in Kyiv to a western city in Ukraine amid fears of a possibly imminent Russian invasion of the country.

As tensions soar over the continuing Russian military buildup on Ukraine's border, Ukrainian President Volodymyr Zelenskyy said the same day that he will declare Wednesday a "Day of Unity" because "we are told that Feb. 16 will be the day of the attack." 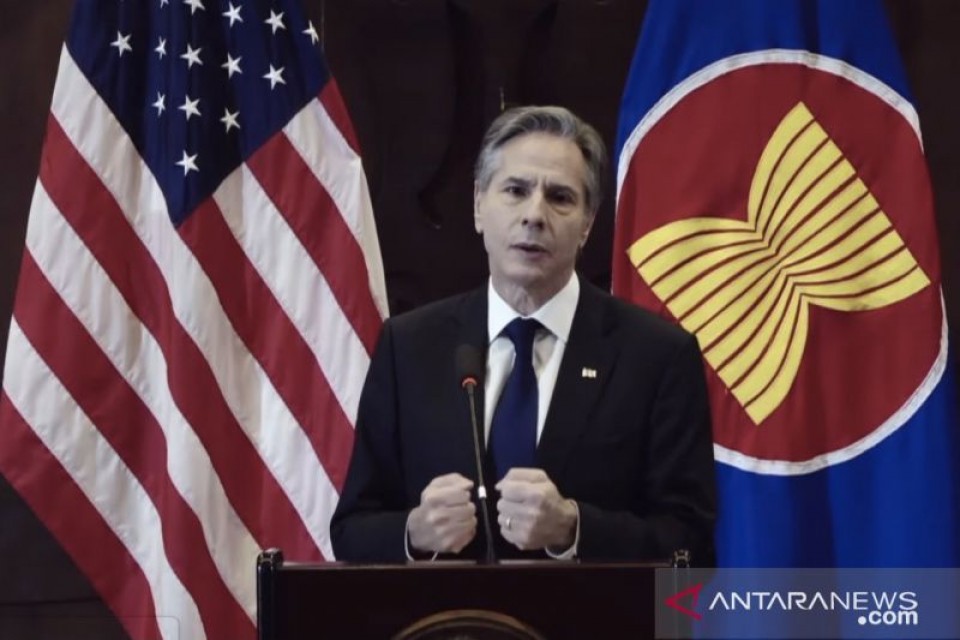 But Zelenskyy seemed to have backtracked from his remarks on the invasion date, with a spokesperson reportedly clarifying that the president was only referring to what had been reported elsewhere rather than official information.

Russia, which annexed Crimea from Ukraine in 2014, has amassed more than 100,000 troops on their border, blaming the former Soviet Union republic and the North Atlantic Treaty Organization for heightening tensions.

Pentagon spokesman John Kirby said the U.S. perception is that a military action could "happen any day," including before the end of the Beijing Winter Olympics on Sunday.

He also said that even over the course of the past weekend, Russia has added military capability along its border with Ukraine and in Belarus, which has close ties with Moscow.

The State Department cited "the dramatic acceleration in the buildup of Russian forces" as the reason for deciding to relocate the embassy operations in Ukraine from the capital city to Lviv.

The "prudent precautions" will not undermine U.S. commitment to Ukraine's sovereignty and territorial integrity, and Washington will continue its "intensive diplomatic efforts" to de-escalate the crisis, Secretary of State Antony Blinken said in a statement.

The latest development came as U.S. President Joe Biden and his Russian counterpart Vladimir Putin failed to make a breakthrough in their talks on Saturday over the Ukraine standoff.