Scholars of Japanese in Britain fear for the subject's long-term future due to strict COVID-19 regulations, which prohibit foreign students from coming to Japan.

Academics speaking to Kyodo News say they are worried applications to study Japanese and Japan at British institutions could start to fall in the future.

This could impact the viability of smaller Japanese studies departments and, in turn, Japan losing valuable global influence via graduates who have spent time in the country. 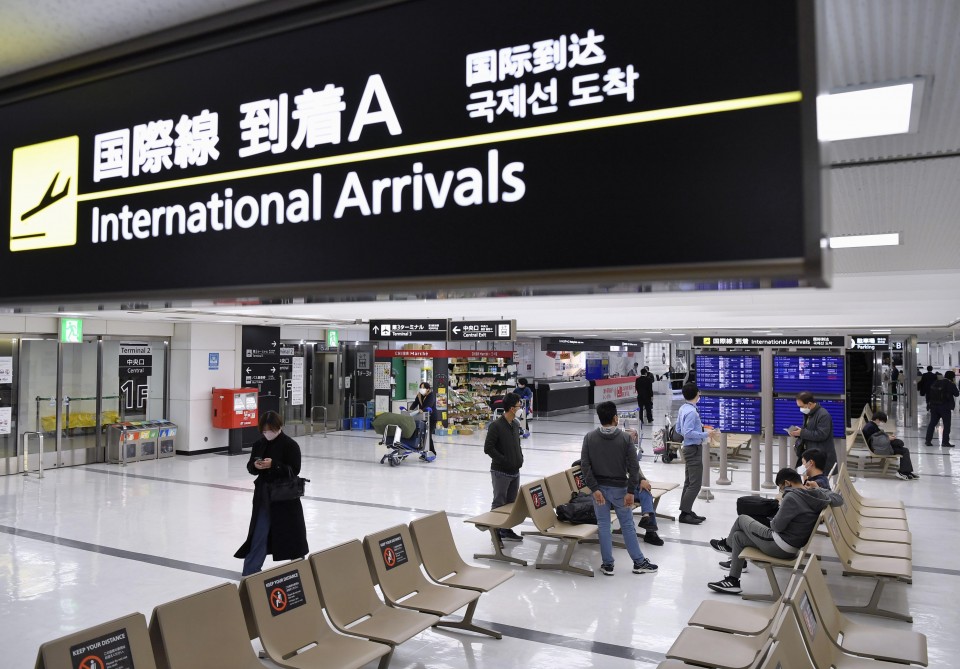 Currently, students in Britain are reduced to having online language lessons with tutors in Japan, frequently at antisocial hours due to the time difference.

Some students have deferred their studies until Japan reopens or transferred to other languages where they can take a year abroad, according to the scholars.

In addition, academic studies of Japan have been put on hold while researchers cannot access the country properly and conduct practical fieldwork.

Due to the pandemic, Japan currently has an entry ban on nonresident foreigners. This will be maintained until the end of February "while all necessary steps will be taken from the perspective of humanitarian concerns and in accordance with Japan's national interest," according to the Japanese Embassy in London.

Christopher Hood, president of the British Association for Japanese Studies, who helped organize an open letter to the Japanese Embassy complaining about the situation, said he feared applications to study Japan will fall this year unless the requirements are eased.

"If this situation continues through 2022, we are likely to see pressure on smaller programs, and possibly even some of the larger ones. It could also deter people from doing an M.A. or Ph.D. relating to Japan," Hood told Kyodo News.

"I dare say that there are some academics having to think what their prospects are given how hard it is to get to Japan and do research," he said.

Barak Kushner, a professor of East Asian history at Cambridge University, said, "If things don't change, we are now going to be in our third year of not being able to get into Japan. We have students who have put their lives on hold, and after a certain amount of time, it becomes financially untenable to wait."

"I think that longer-term we are going to see people say 'well, why bother?' (with Japanese)."

"If Japan's primary response (to a new variant) is to shut all the foreigners out, then that is going to create a potential backlash," Kushner said. "Japan is letting its own people out to study...this is going to create discord."

"Japan scholars are growing frustrated and despondent about the future."

He said several of his students had switched from Japanese to study Chinese in Taiwan, which has been very accommodating to foreign students.

Kushner added foreign students are more than happy to pay for quarantine facilities in Japan rather than the government.

Despite the pandemic, the academics argue allowing a relatively small number of foreign students and academics to enter Japan would not pose a serious risk.

"It feels frustrating because I studied the Japanese language pre-pandemic for four years at undergraduate level and spent time in Japan," she said. "You feel that because you have invested so much in a country, that they would welcome you. I feel a little isolated and stranded."

Constance is unsure if she will be able to visit Japan before completing her Ph.D., which is now solely based on online research.

She said, "I feel really sorry for the undergraduates who are going to miss out on their year in Japan. Even if they provide what they can online, it's nowhere near the same as being able to get out there and having the full experience. It's also not just the opportunity to use the language but developing yourself as a person."

"It's much harder to connect with people via Zoom. It's all about the Japanese friends you make there, which you don't have the opportunity to do when everything is online. And being there, you learn so much more because you are immersing yourself in the culture," she said.

Jason James, director general of the Daiwa Anglo-Japanese Foundation in London, said, "Language courses are far more effective when students are surrounded by the target language and are having to use it, for instance, to navigate the trains or to have everyday conversations about the gas bill."

"A lot of learning happens not just from formal classes, but from informal interactions that happen around these classes, both between students and teachers and between the students themselves," James said.

"And with the formal classes themselves, I suspect 'Zoom fatigue' makes it increasingly difficult to concentrate for hours on end to lecturers speaking from a laptop screen, especially in the middle of the night," he said.