Newly crowned Olympic champion Ayumu Hirano showed he cares about his Japanese roots, tradition and culture through his decision to wear a tenugui around his neck while soaring to gold in the men's snowboard halfpipe final at the Beijing Games.

As the 23-year-old gold medalist received global media coverage, his eagle-eyed domestic fans spotted the white cotton cloth he had on in Friday's final and hailed his patriotic spirit, triggering an online shopping frenzy that resulted in the item quickly selling out. 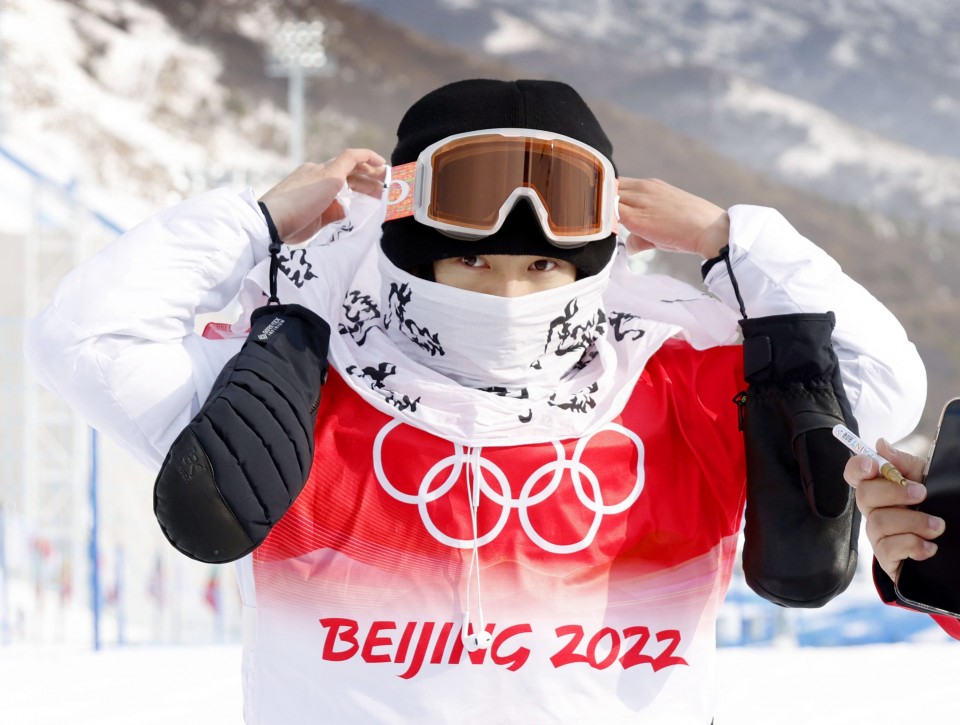 Japanese rider Ayumu Hirano covers his mouth with a tenugui after the qualification round of the men's snowboard halfpipe at the Beijing Winter Olympics on Feb. 9, 2022, at the Genting Snow Park in Zhangjiakou, China. (Kyodo)

The tenugui he wore, emblazoned with kanji characters spelling out "ukiyo" (transient world), is designed by Ryo Aizawa, a fellow pro snowboarder-cum-entrepreneur who found his tenugui products suddenly becoming one of the buzziest topics in Olympic fashion.

Aizawa said he has been bombarded with restock requests from snowboarding fans who are desperate to get their hands on one.

"I'm expecting a restock by early March. I hear they're being scalped so I'm trying to restock them as soon as possible," Aizawa told Kyodo News. 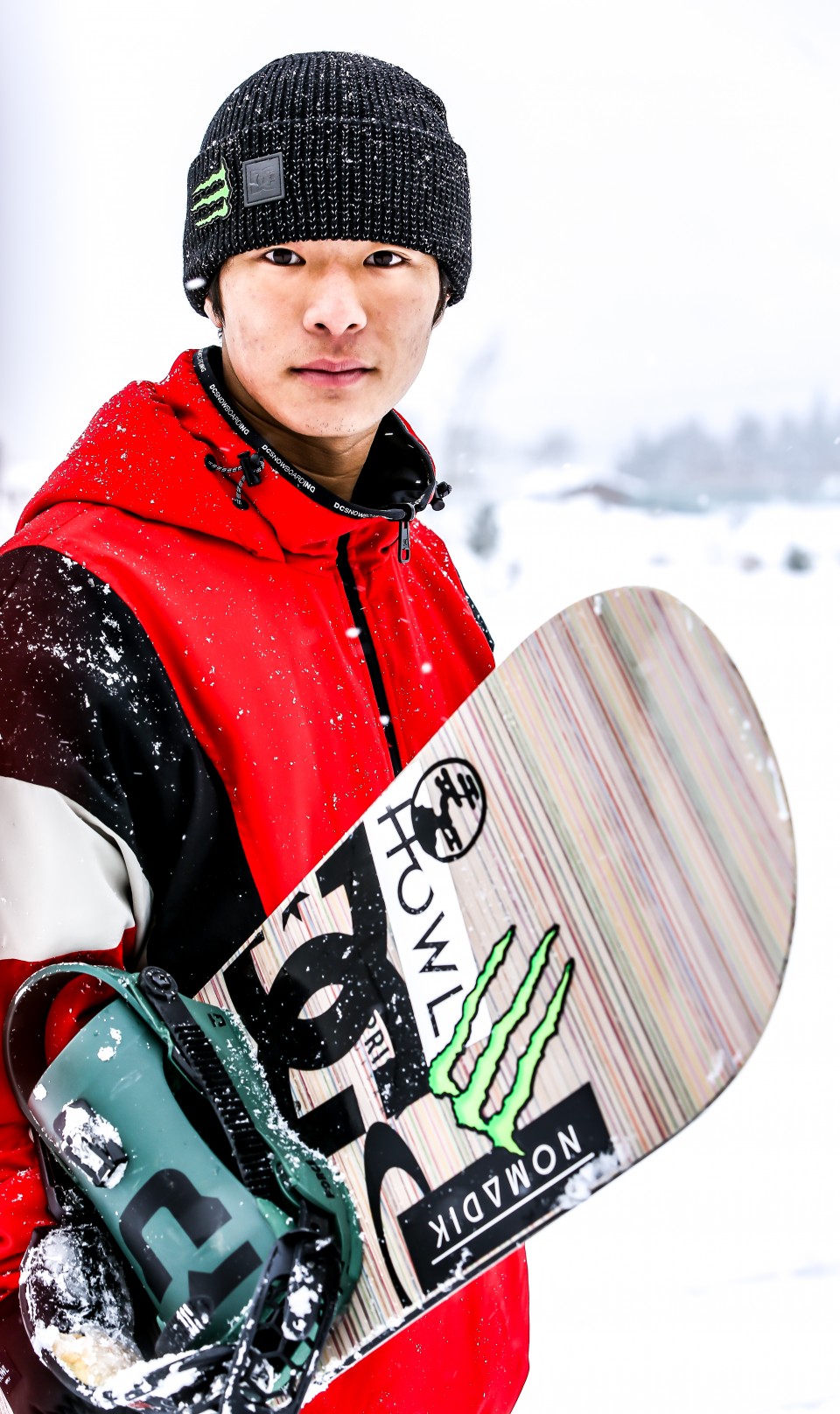 "Thankfully, the response to the brand exposure has been amazing. It was so cool to see a Japanese athlete using a tenugui as a face mask and competing on the big Olympic stage. Ayumu embodied the samurai spirit," he said.

Aizawa, a 22-year-old who competes internationally and is backed by big-name sponsors, is the man who should be credited for Hirano's current fashion icon status. He said the two first met in a ski resort in Yamanashi Prefecture in the summer of 2020.

Aizawa gifted the tenugui he was wearing to Hirano after the then two-time Winter Olympic silver medalist complimented him about his chic head accessory when they reunited in a Switzerland training camp.

Aizawa only founded the tenugui brand Ukiyo last October, and his business was thrust into the spotlight by surprise. But he is making the most of this turn of events, taking the opportunity to spread the message of his brand with young people.

"The word 'ukiyo' means 'transient' and I wanted the brand name to convey the 'live freely' message. I believe snowboard is an act of self-expression which is an art form. Passing down a work of art that represents Japanese culture is similar to snowboarding," Aizawa said.

The word "tenugui" literally means hand wipe, but the multipurpose towels have been used for everything from drying and cleaning to wrapping. They are commonly used in Japanese homes and public baths, and also make for great souvenirs.

There is even a Tenugui Day in Japan, the March 21 "holiday" registered in 2016 to celebrate the centuries-old traditional craft.

While tenugui prices range depending on size, design, and whether the edges are hemmed, the one Hirano has made such a hot item costs 3,800 yen (about $33). 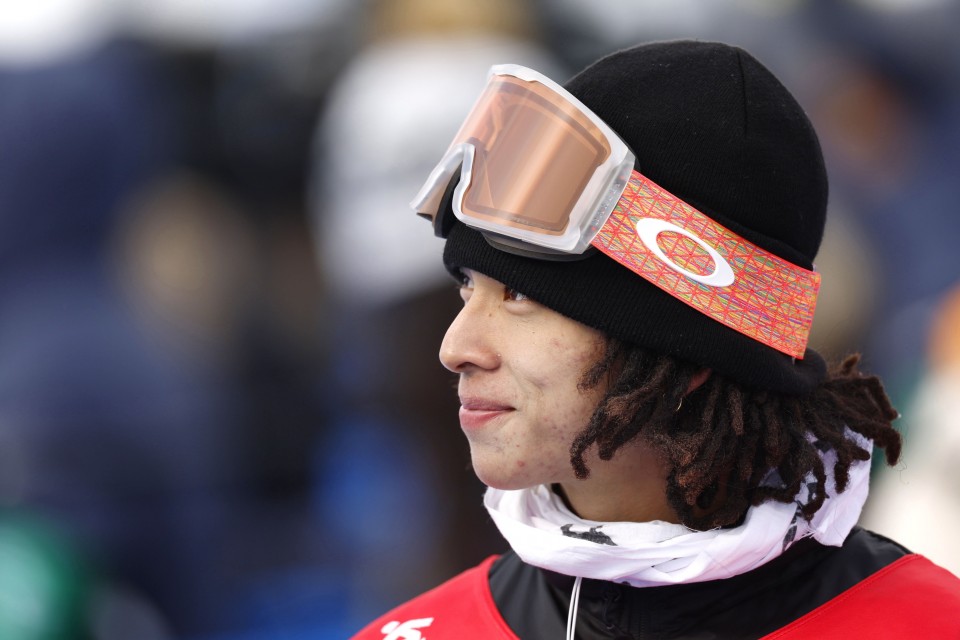 Japanese snowboarder Ayumu Hirano, wearing his trademark tenugui around his neck, is pictured after his second run in the qualification round of the men's halfpipe at the Beijing Winter Olympics on Feb. 9, 2022, at the Genting Snow Park in Zhangjiakou, China. (Kyodo)

Hirano was asked about his tenugui when he spoke to a local TV channel the day after he became an Olympic gold medalist, at which time he said his "snowboard friend" owns the brand and he uses tenugui in and out of the snow parks because "they're cool."

When he does not tie a tenugui around his neck as a substitute for a neck warmer or a scarf, Hirano uses his tenugui as a face mask or as a head wrap over his trademark dreadlocks. 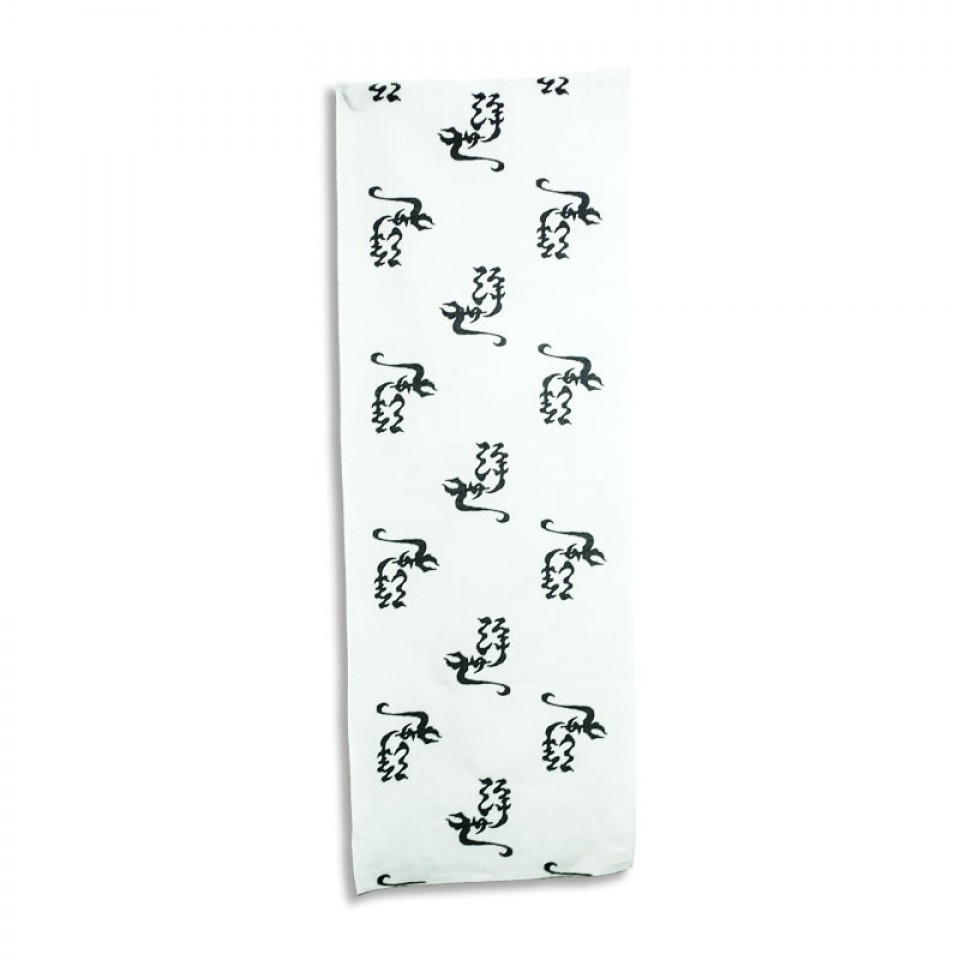 Photo shows a Ukiyo brand tenugui cloth of the same design as the one worn by snowboarder Ayumu Hirano when he won the men's halfpipe gold at the Beijing Winter Olympics. (Photo courtesy of Gyro Technology)(Kyodo)

Many internet users headed to the comment sections to send Hirano congratulatory messages for his gold medal-winning feat, but others shared their own unique ways of using tenugui, and how a simple Japanese invention is making their lives better.

Time has shown that style always finds its place in sports, and now Hirano is inspiring the masses not just through his ground-breaking snowboarding but by giving a small Japanese cultural touch to his Gen Z sports fashion.