Vaccinations against the novel coronavirus for children aged 5 to 11 began Saturday in one area of Tokyo ahead of other municipalities in Japan with special government approval at a time when the country is still gripped by high infection numbers.

While vaccinations for the age group are expected to begin in wider parts of the country in March, some municipalities have been allowed to start earlier if they are already prepared. 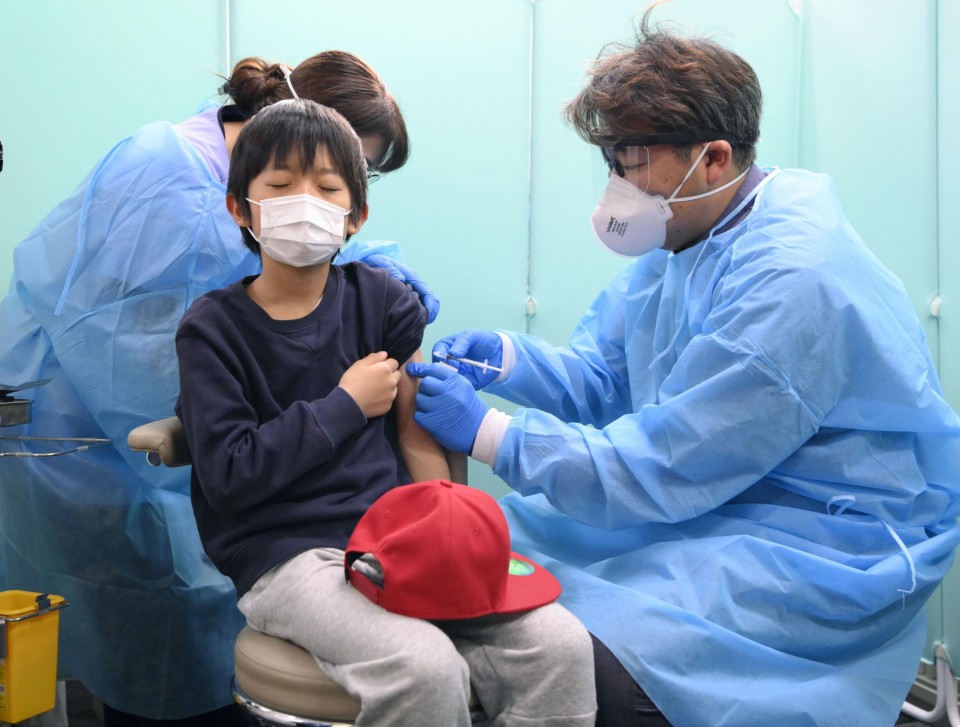 "I decided to inoculate my child, hoping that the risk of becoming seriously ill will decrease," Yoshiaki Kozu, 45, said at a clinic in Tokyo's Adachi Ward after his 11-year-old daughter was vaccinated.

His daughter, Konatsu, said "I'm glad I received a shot so that I will not spread infections."

According to the health ministry, the vaccine for children aged 5 to 11 will contain one-third of the volume for those aged 12 or older. Children in the younger age bracket will receive two jabs of Pfizer Inc.'s vaccine at an interval of three weeks.

In addition to parental consent, they are also required to be accompanied by their guardians when receiving those shots, it said.

Japan has expanded the scope of COVID-19 inoculation to younger people and tried to accelerate the pace of administrating third shots to people above the age of 11, amid another wave of infections driven by the rapid spread of the Omicron variant that started this year.

The ministry said the number of patients in serious condition increased four from Friday to 1,507.

Data from clinical trials conducted by Pfizer outside Japan before the emergence of the variant show that administration of two shots of the vaccine was more than 90 percent effective in preventing infections in children aged 5 to 11.

The trials also found that while some subjects experienced sore arms, fatigue and headaches the next day, the side effects disappeared quickly and there were no safety issues.