The ministry raised its travel warning for Ukraine to the highest level, which urges all Japanese nationals to evacuate from the country and avoid traveling there "regardless of purposes." 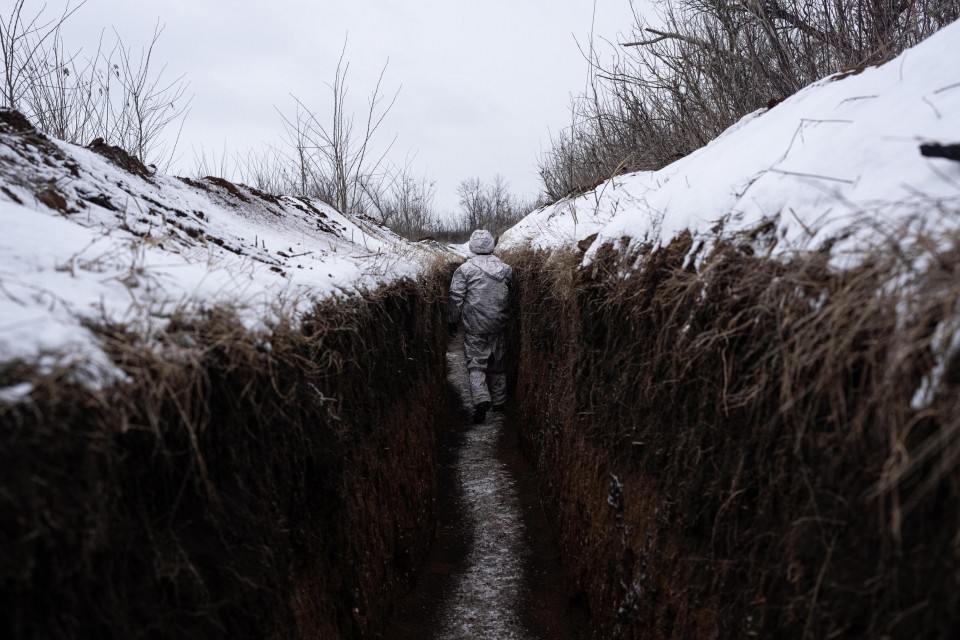 Ukrainian servicemen are seen outside of Svitlodarsk, Ukraine on Jan. 23, 2022. (Anadolu Agency/Getty/Kyodo)

According to the ministry, about 150 Japanese nationals who are based in Ukraine were still in the country as of Friday. The Japanese Embassy in Kiev will continue its work, including efforts to protect Japanese citizens.

The ministry advisory cited the recent start of a Russia-Belarus joint military exercise in Belarus, which borders Ukraine, as well as the appearance of new Russian military vessels in the Black Sea.

"There is an increasing possibility that the situation could rapidly deteriorate," the ministry said in the statement.

The Japanese government also set up a liaison office at the prime minister's office to gather information.

Japan to move some embassy staff from Ukraine amid tensions