The United States on Friday joined the European Union in imposing sanctions on Russian President Vladimir Putin, the latest in a series of punitive measures taken in response to Moscow's invasion of Ukraine.

It is rare to impose sanctions on a head of state. Russian Foreign Minister Sergey Lavrov and members of the country's national security team were also slapped with sanctions. 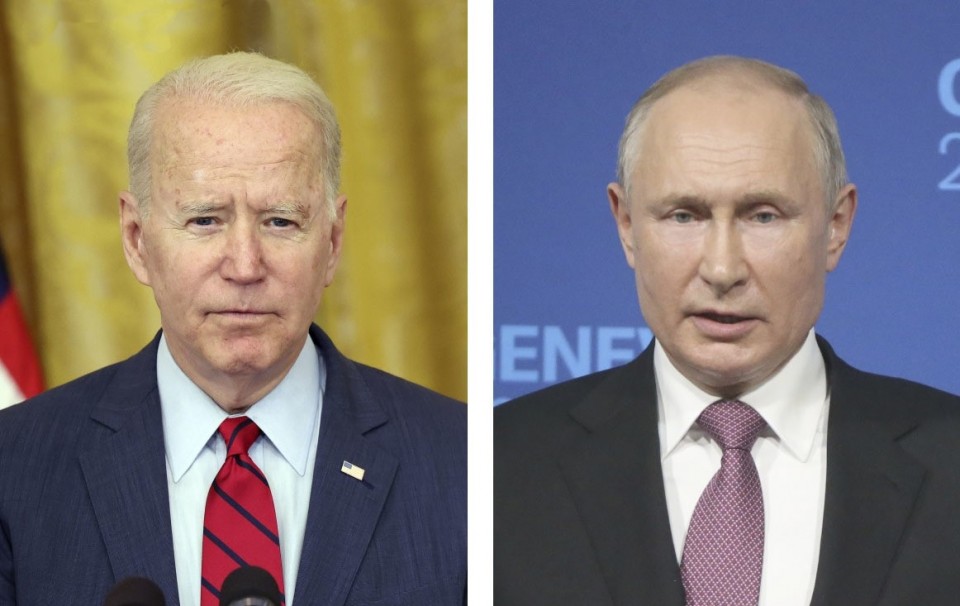 "The president of the Russian Federation has perpetrated horrific aggression against Ukraine," the Treasury Department said in a press release as it announced the sanctions that will lead those listed to face asset freezes in the United States.

"It is exceedingly rare for Treasury to designate a head of state," the department said, adding that Putin joins "a very small group that includes despots" such as North Korean leader Kim Jong Un, Belarus President Alexander Lukashenko and Syrian President Bashar al-Assad.

The European Union also announced Friday that Putin, Lavrov and Russian parliamentary members supporting the military aggression were placed on the list of sanctioned people.

According to a diplomatic source, any European assets of Putin and Lavrov will face a freeze.

As for the ongoing Russian invasion of Ukraine that started Thursday, a senior U.S. defense official said in the morning that Russia is facing more resistance than it expected and is not advancing on the capital Kyiv as quickly as anticipated.

"What we've seen over the last 24 hours, we do assess that there's greater resistance by the Ukrainians than the Russians expected," the official said.

"In general, the Russians have lost a little bit of their momentum," he added.

Russia has yet to achieve air superiority over Ukraine, with Ukrainian air and missile defense systems still working, though they have been degraded by strikes, according to the official.

Russia is believed to have sent into Ukraine about a third of the combat power it had massed near its neighbor, and has fired a total of more than 200 missiles, with some hitting residential areas.

White House Press Secretary Jen Psaki warned during a press conference in the afternoon that Kyiv falling to the Russian forces is a "real possibility."

More than 175,000 Russian troops had been positioned along Ukraine's borders, according to the U.S. government.

Russia launched the military attack on Ukraine after asserting its own security has been under threat with the North Atlantic Treaty Organization's eastward expansion and the possibility of Ukraine's membership in the alliance.

The United States has sent forces to Europe to bolster the security of its NATO allies and has been providing security assistance to Ukraine to help the country defend its territory. But Washington has denied any intention to put American troops in Ukraine, which is not a member of NATO although it aspires to join.

Psaki said that Biden is "doing nearly everything in his power to lead the world and stand up against the actions of President Putin."

"What he will not do is send U.S. troops to fight in Ukraine because he is not going to put...the American people or the United States in a position of fighting a war with Russia," she added.