Japan is planning to ease its cap on the number of daily new entrants from overseas, introduced to prevent the spread of the coronavirus, from the current 3,500 to 5,000 next month, while considering scrapping the strict quarantine requirement upon arrival, a government source said Tuesday.

The government is looking at eliminating the current seven-day quarantine period for nonresident entrants if they present certificates showing a negative COVID-19 test result and a third vaccine dose, the source said.

With the government stepping up efforts against the spread of the highly transmissible Omicron variant of the coronavirus, the border controls introduced in late November bar new entries by foreign nationals, with few exceptions, until the end of this month. 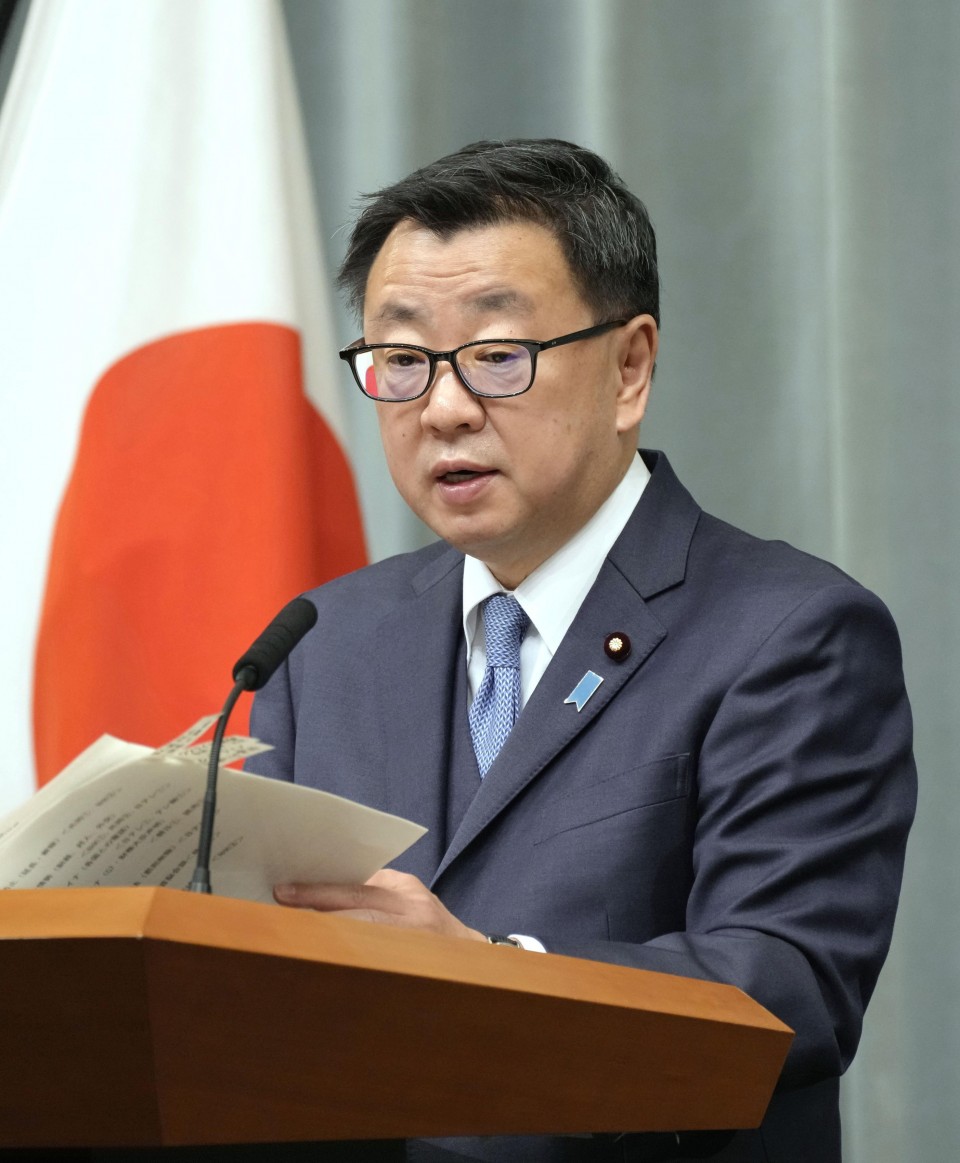 Chief Cabinet Secretary Hirokazu Matsuno speaks at a press conference at the prime minister's office in Tokyo on Feb. 15, 2022. (Kyodo)

The restrictions, the strictest among the Group of Seven industrialized nations, have been criticized as too tough by business and academic circles at home and abroad.

Prime Minister Fumio Kishida is expected to hold a press conference Thursday to explain the details of the plan.

The top government spokesman said Tuesday that some 150,000 foreign students who hold Japan visas were unable to enter the country by the end of last year due to its COVID-19 border controls.

Chief Cabinet Secretary Hirokazu Matsuno also disclosed at a regular press conference that the number of people newly entering Japan from Nov. 29 to Feb. 10 totaled about 6,000.

Matsuno said the government is aware that there are "various requests" regarding the measures, and it is considering presenting a plan to ease them "as soon as possible."

His remarks came after the ruling Liberal Democratic Party asked the government to allow foreign students to enter Japan.