Official campaigning for South Korea's presidential election began Tuesday, with the ruling candidate stressing the need to revive the economy from the coronavirus pandemic, while two opposition parties were exploring the possibility of agreeing on a single candidate before the vote on March 9.

Lee Jae Myung, the candidate of the ruling Democratic Party, emphasized his readiness to embrace all political opinions that could benefit the people. 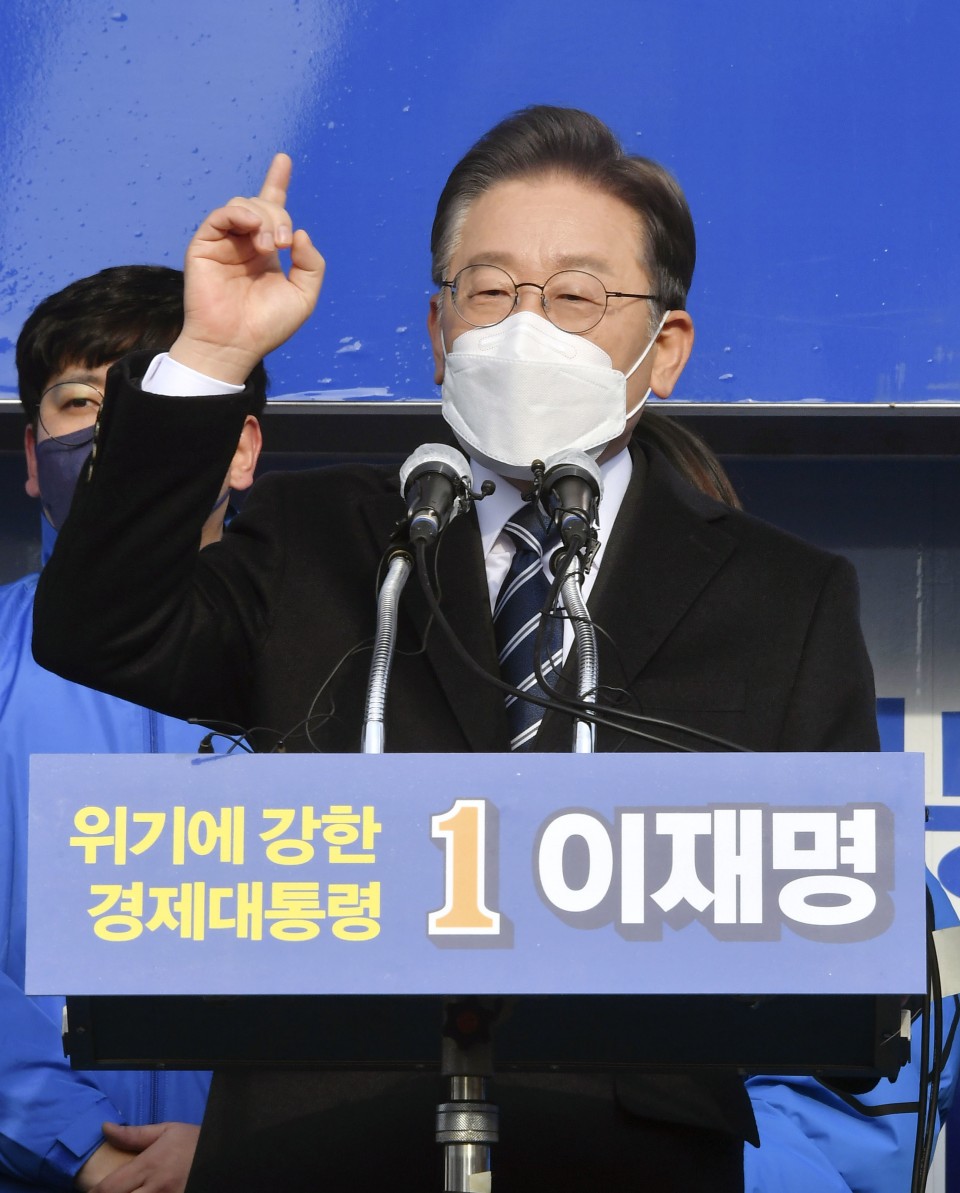 "Uniting (different political parties) is difficult for sure, but it is also the road that we must walk toward," Lee said as he kicked off his campaign in the southeastern port of Busan, the nation's second-largest city following Seoul.

"Rather than deciding who belongs to this party and who belongs to that party, a government that can make capable people work for the public is the one that we all want, isn't it?" he added, calling it "pragmatic politics."

Lee also stressed that he will solve the nation's economic problems by revitalizing the depressed economy and making continuous growth possible.

Yoon Suk Yeol, the candidate of the main opposition People Power Party, delivered his first speech in Seoul, where he urged voters to work together to achieve political change. 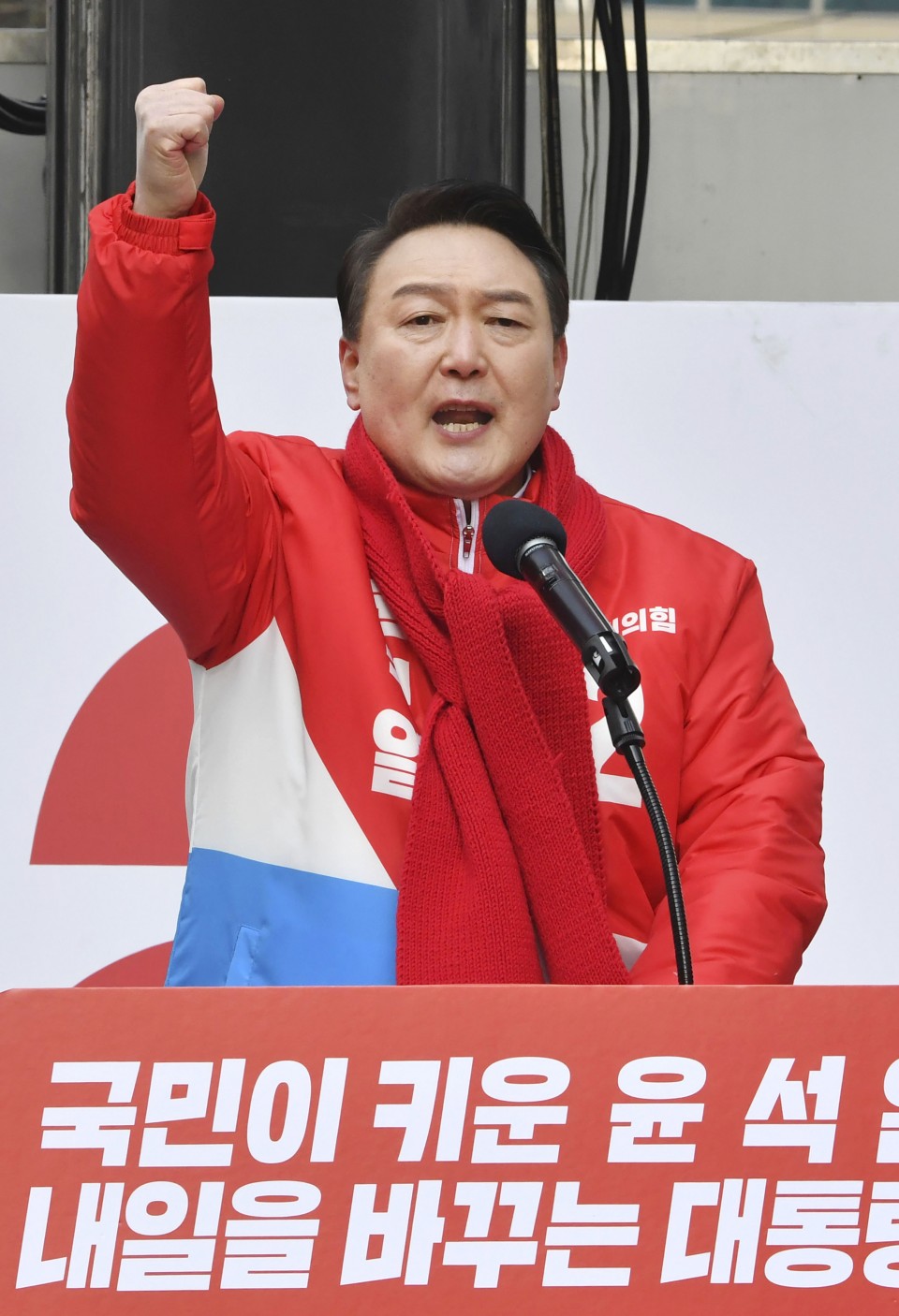 "Let's judge this incapable and corrupt liberal government by changing political power," Yoon said, stressing the current government was not able to solve problems such as surging home prices, fewer jobs and the pandemic.

On diplomatic issues, both Lee and Yoon have said they would prioritize improving South Korea's relationship with Japan if elected as the successor to incumbent President Moon Jae In. 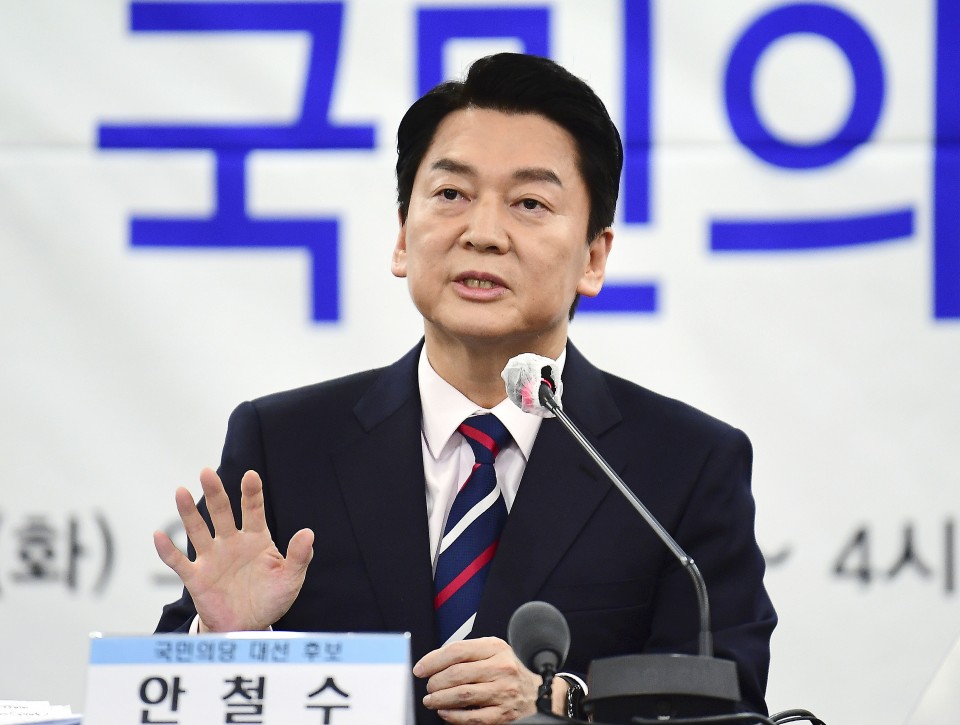 Ahn Cheol Soo, the presidential candidate of the People's Party, speaks during a debate in Seoul on Jan. 11, 2022, ahead of South Korea's presidential election in March. (Kyodo) ==Kyodo

The remark signaled a departure from the policy of Moon's administration, which has made it clear that South Korea could scrap the General Security of Military Information Agreement, or GSOMIA, anytime, depending on how already strained South Korea-Japan ties fare.

The bilateral relations have sunk to the lowest level in decades due to protracted disputes over wartime history and territory.

In another interview, Yoon's aide said he aims to resume shuttle diplomacy between the two countries, where each nation's leader makes reciprocal visits to the other nation.

Regarding the North Korea issue, both Lee and Yoon have emphasized trilateral cooperation among the United States, South Korea and Japan amid growing tensions after several rounds of missile launches from North Korea last month.

A total of 14 candidates have registered for the 22 days of campaigning, according to the National Election Commission.

Ahn Cheol Soo from the centrist People's Party launched his campaign in the conservative stronghold of Daegu, pledging to build a country in which fairness is prioritized.

"Are the candidates from the two main parties and their families, are they moral and clean?" Ahn said in his speech.

Lee and Yoon have been accused in several scandals, while Yoon's wife allegedly falsified qualifications on her resume, and Lee's spouse reportedly had a public official run her personal errands while her husband was governor.

Ahn, however, has recently opened the door for an alliance with Yoon, who narrowly leads Lee in opinion polls.

According to a survey by polling firm Realmeter released Monday, Yoon's approval rating stood at 41.6 percent, while Lee's was at 39.1 percent and Ahn's at 7.7 percent.

Moon said Tuesday, "The government should put all its efforts into managing the election fairly and safely as the official presidential campaign period starts from today," according to his spokeswoman Park Kyung Mee.