Heavy snow hit northern Japan on Monday, disrupting air and railway traffic, with weather authorities warning of more blizzards for the region and also some eastern parts of the country.

Some 180 flights to and from New Chitose Airport, the main air gateway to the northern main island of Hokkaido, were canceled, while Hokkaido Railway Co. suspended all train runs to and from JR Sapporo Station Monday and the Hokkaido shinkansen bullet train services were delayed as well. 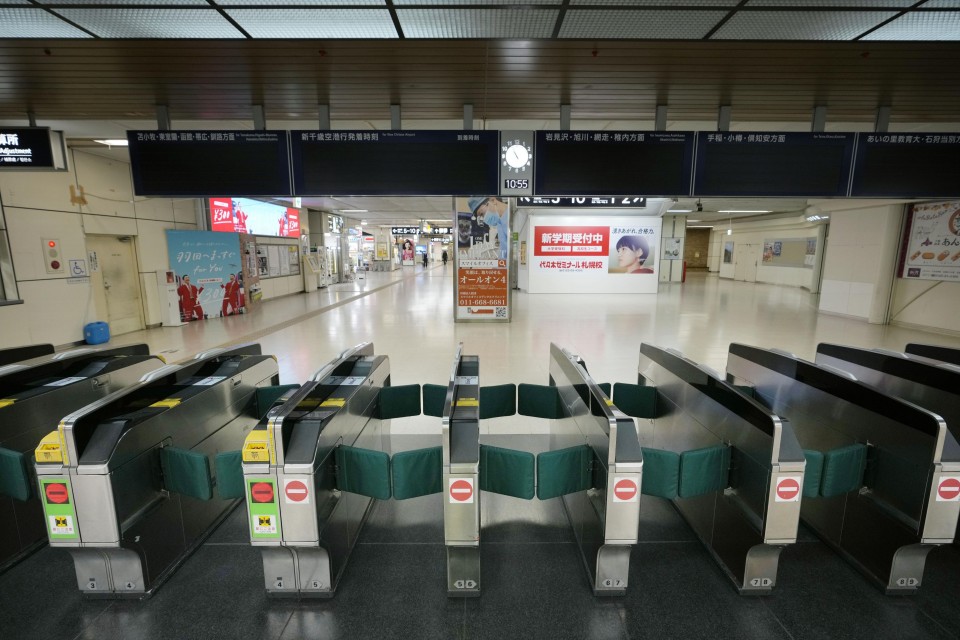 JR Sapporo Station is deserted on Feb. 21, 2022, as all train services are suspended for the day due to a snowstorm. (Kyodo)

Almost 1,100 train runs were canceled in Sapporo and other areas of Hokkaido as of 9:10 p.m., or around 90 percent of the daily train services in the region, affecting 155,000 customers.

With up to 50 centimeters of snow expected in areas near the Hokkaido capital Sapporo by Tuesday evening, the railway operator said it will suspend train services at Sapporo Station on Tuesday morning.

The capital had seen snowfall of over 30 cm in 24 hours through 3 p.m. Monday, according to the Japan Meteorological Agency.

A traffic accident involving several vehicles occurred on the Hakodate-Esashi Expressway in Hokuto, Hokkaido, with eight people rushed to the hospital. One of them was pronounced dead, local rescue workers said.

Heavy snow and wind are believed to have created extremely poor visibility conditions, or a whiteout, at the site. Many vehicles have been stranded on the expressway, they said. 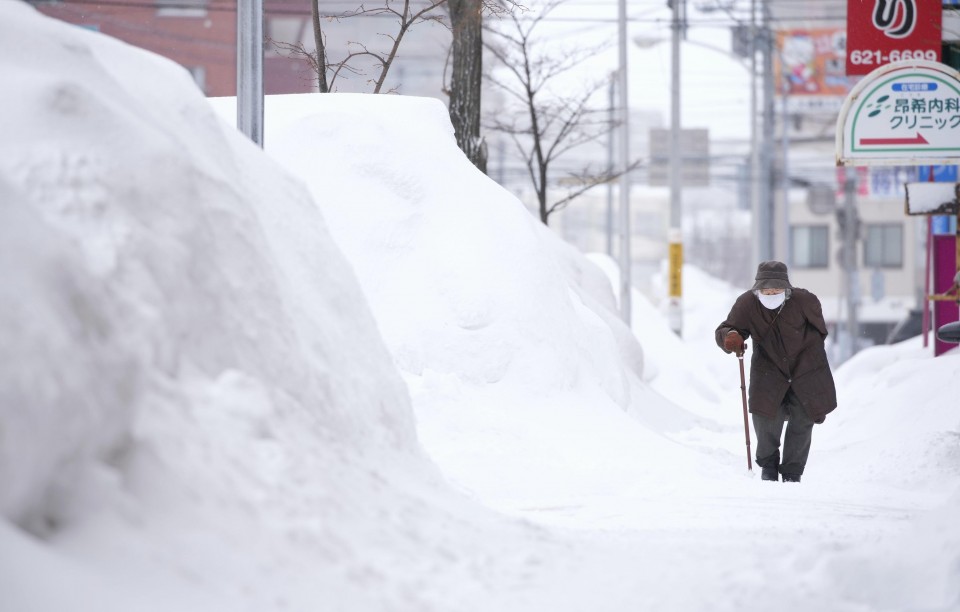 About a dozen vehicles were also involved in two other accidents each in Hokuto, and multiple-vehicle accidents also occurred in other parts of Hokkaido, local police said.

In a 24-hour period Monday, 76 cm of snowfall were observed in Rausu, Hokkaido, while 64 cm of snow were seen in Yuzawa, Niigata Prefecture, 62 cm in Nozawaonsen, Nagano Prefecture, and 59 cm in Shirakawa, Gifu Prefecture.

Heavy snow is forecast to continue to fall in the north and east, with 70 cm of snow expected in part of the Hokuriku region on the Sea of Japan coast, 50 cm in part of Hokkaido and the northeastern Tohoku region and 40 cm in some areas in the Kanto-Koshin region in eastern and central Japan in 24 hours through 6 p.m. Tuesday, according to the weather agency. 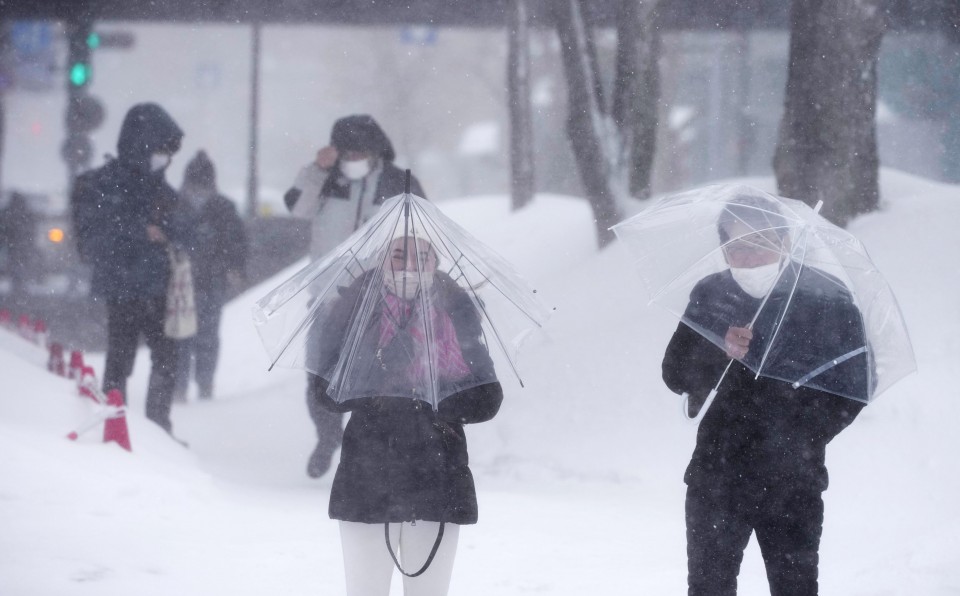