Kirin Holdings Co. said Monday it will exit Myanmar's beer market as a means of promptly ending a business partnership with a military-linked entity in the Southeast Asian country.

The Japanese beverage maker decided in February last year to dissolve its partnership with Myanma Economic Holdings Public Co. shortly after the military seized power in a coup but has been unsuccessful in negotiations up until now. 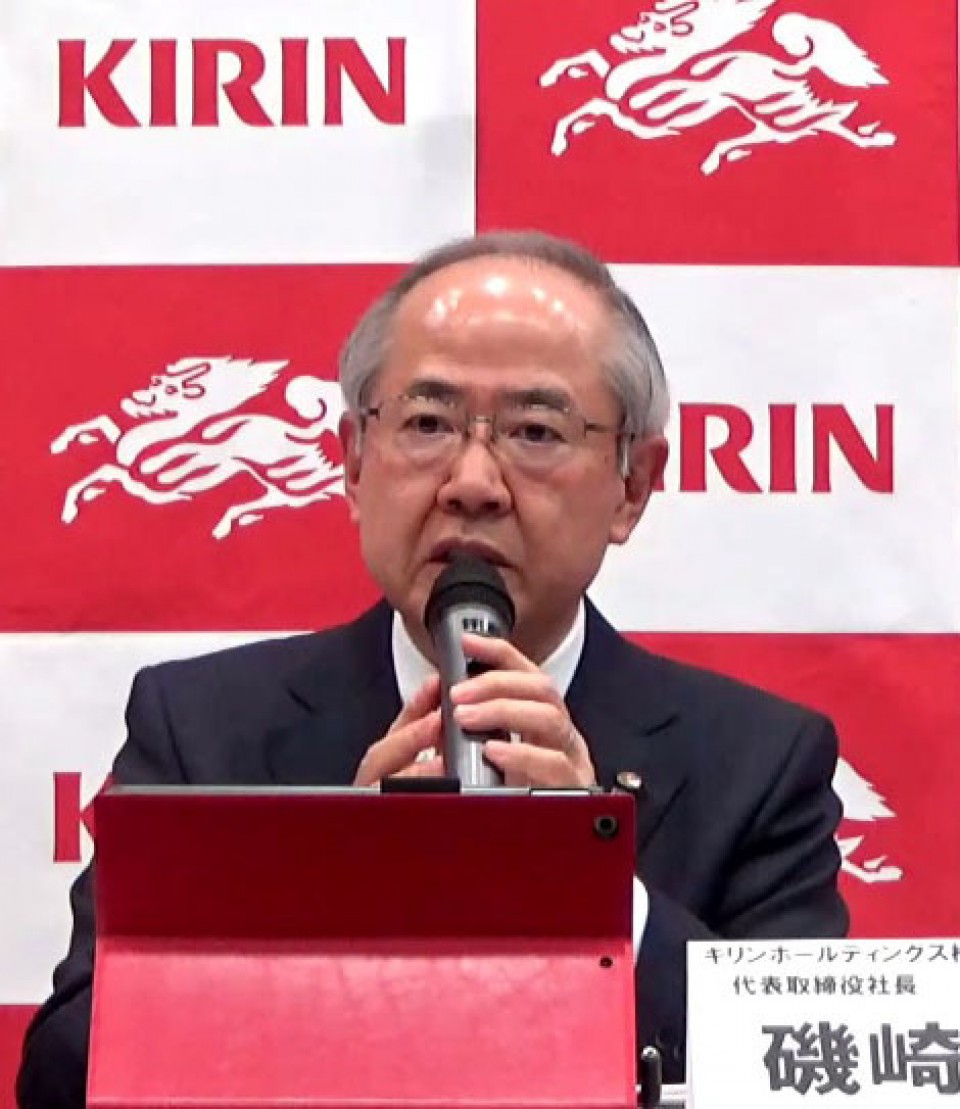 Kirin said it hopes its withdrawal from the two joint ventures -- Myanmar Brewery Ltd. and Mandalay Brewery Ltd. -- with the military-affiliated company can be resolved by the end of June through the sale of stocks it holds in the entities.

Kirin said it posted 68 billion yen ($589 million) in impairment losses in connection with its Myanmar operations for the business year ended in December.

The ouster on Feb. 1 last year of civilian leader Aung San Suu Kyi and her democratically elected government was "against Kirin Holdings' standards and human rights policy," it said in a statement.

Despite the filing, the Japanese company deemed it would be difficult to promptly dissolve the joint venture under its terms.

"We have noted strong opposition by the military-affiliated company against releasing its share (in the two ventures), so we proposed withdrawing as a realistic option," Kirin Holdings President and CEO Yoshinori Isozaki said at a press conference Monday.

Under the current structure, the beer ventures in Myanmar are each owned 51 percent by Kirin and 49 percent by Myanma Economic Holdings.

In formulating a withdrawal plan, Kirin said it will place importance on the livelihood and safety of local employees and their families, and will give due consideration to all stakeholders in accordance with its human rights policy.