Japan's lower house adopted Tuesday a resolution expressing solidarity with Ukraine, saying Tokyo is "gravely concerned and always with the Ukraine people who hope for the stability of their country and the region."

The House of the Representatives resolution called on the countries concerned to restore stability to areas around Ukraine through diplomacy as soon as possible, saying "any change in the status quo by force is unacceptable." 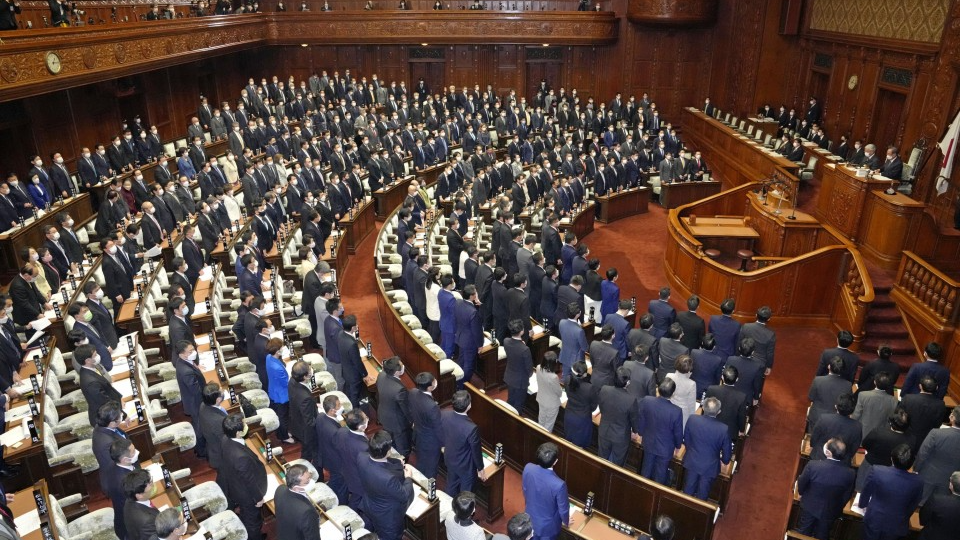 Japan's House of Representatives adopts a resolution expressing solidarity with Ukraine during a plenary session in Tokyo on Feb. 8, 2022. (Kyodo) ==Kyodo

The resolution came as tensions have been escalating between Western nations and Russia, which has amassed around 100,000 troops on the border of Ukraine, having previously annexed Crimea from Ukraine in 2014.

However, it did not directly mention that Russia's deployment of soldiers was the cause of the tension, just saying, "The situation remains tense, destabilized by developments outside" Ukraine.

The lower chamber "strongly urges the government to utilize all diplomatic resources to do the utmost to reduce tensions in Ukraine and bring peace as soon as possible."

The resolution stressed Japan's position that it has consistently supported Ukraine's sovereignty and territorial integrity.

It explained that Japan has been supporting and cooperating with the international community, including the other Group of Seven members, to promote democracy in Ukraine and contribute to peace and stability in the region.

Prime Minister Fumio Kishida pledged to take "strong action in response to any attack" on Ukraine by Russia during a virtual summit with U.S President Joe Biden late last month.