Visitors to the exhibition will be able to pick up and view the works, which are in their original languages, in the event running through March 28. 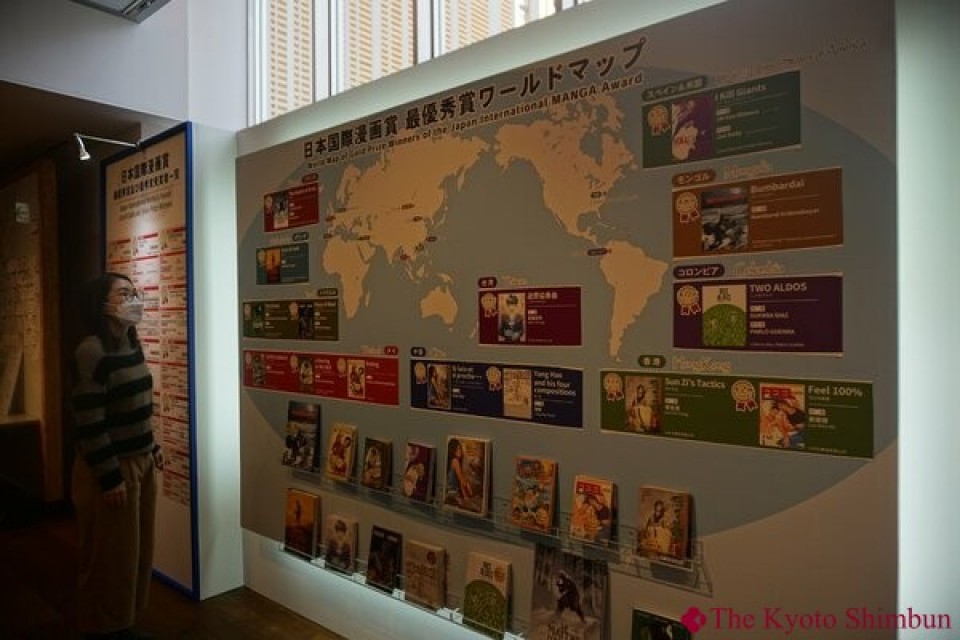 A world map listing the exhibited works' titles and authors is put up at the venue in Kyoto International Manga Museum.

The award, with a Golden Award given for the year's best work along with Silver and Bronze awards, was launched in 2007 to promote Japan's manga culture. The selection committee includes Japanese manga artists such as Machiko Satonaka and former editors.

The 15th award last year had a record-high 484 entries from 76 countries and regions.

Of the Gold Award winners, three were from Thailand, followed by two each from China, Hong Kong and Israel, and one each from France, the Netherlands, Taiwan, Colombia and Mongolia. One work was coauthored by Spanish and U.S. artists.

The first recipient was Lee Chi Ching of Hong Kong who depicted the life of Sun Zi, a general in ancient China who is credited as the author of "The Art of War."

Nambaral Erdenebayar of Mongolia received the eighth award with a story of the bonds between a nomadic mother and her son.

The latest winning piece, "Days of Sand" by Aimee de Jongh of the Netherlands, features the struggles of a real-life photographer who tried to convey the suffering of farmers during the Great Depression in the United States. 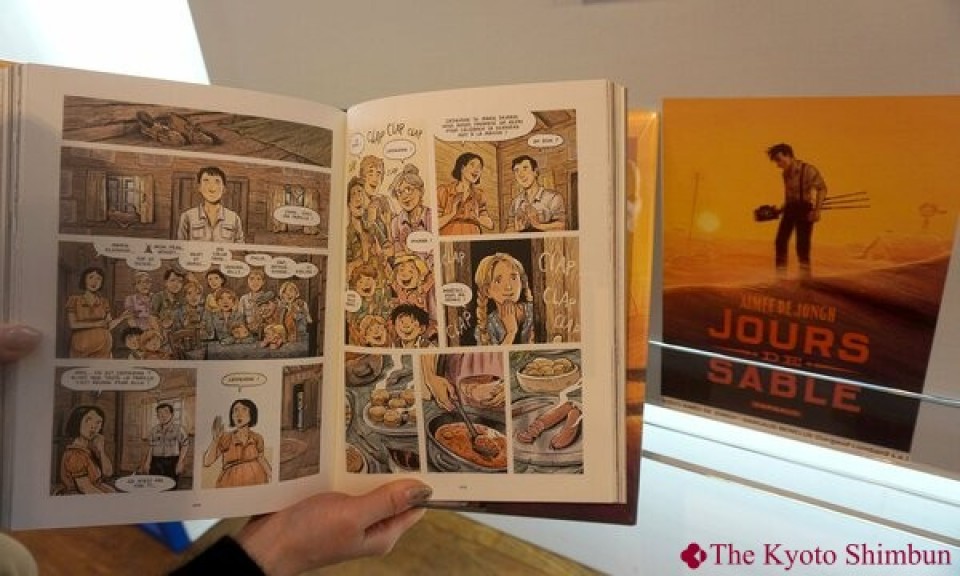 Themes of other works include sports and love.

"Even if you don't understand the words, you can enjoy just looking at the pictures," a museum staffer said.