Making his third Winter Olympic appearance was not part of Yuzuru Hanyu's grand plan, but the men's figure skating star is back at the games to settle some unfinished business he has with the quadruple axel.

Hanyu considered quitting after he defended his gold medal at the 2018 Pyeongchang Games and became the first to win two straight since American Dick Button in 1948 and 1952. The allure of landing a quad axel in competition, though, proved the one thing that kept the 27-year-old focused.

"I don't necessarily want to compete in the (Beijing) Olympics. I just want to do the four-and-a-half rotation jump," was his response to an official from his club, ANA, who encouraged Hanyu to retire while still on top.

It was a conversation over the phone that took place on Feb. 16, 2018, the day he won his second Olympic gold. 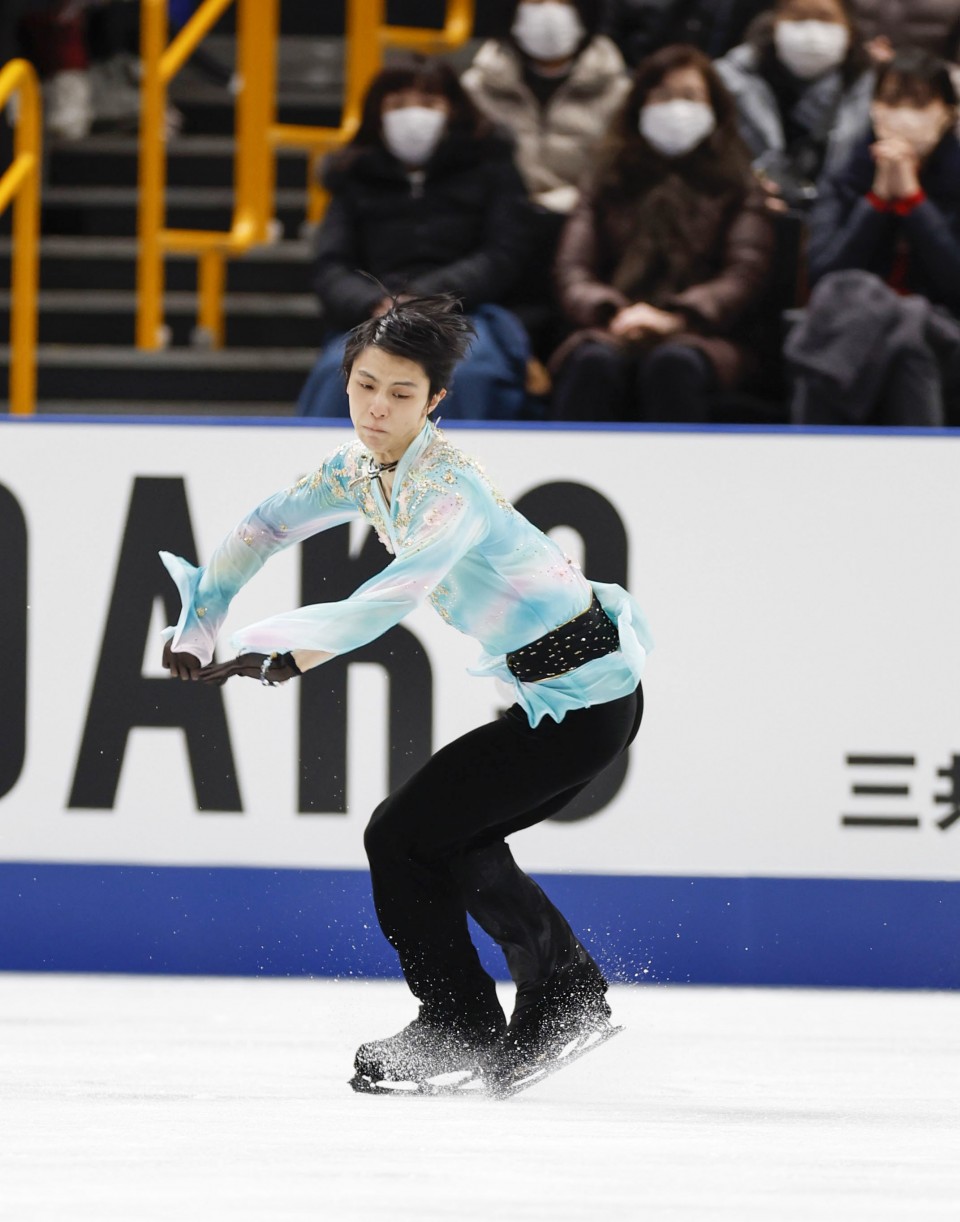 Even with the talent that makes him one of the best leapers in the sport, and with the artistry that earns him +5 for a well-performed three-and-a-half turn triple axel, it is no easy task to add an extra rotation to an already risky, high-amplitude jump.

"I'm just walking through darkness," Hanyu said around the time of the Japan nationals in December 2021 when explaining how difficult it is to master a quad axel.

"I've been practicing thinking I might die from a concussion if I fall and hit my head on the ice," he said.

Hanyu has been working on the quad axel for over three years but if he cannot make it a reality in China, all that effort has been for nothing.

He remembers the exact moment he became sure he would skate in Beijing. It was at the end of December when he was training for the national championships.

He spent an hour and a half practicing the quad axel before he headed to the nationals venue in Saitama, but no matter how hard he tried, he could not stick it. 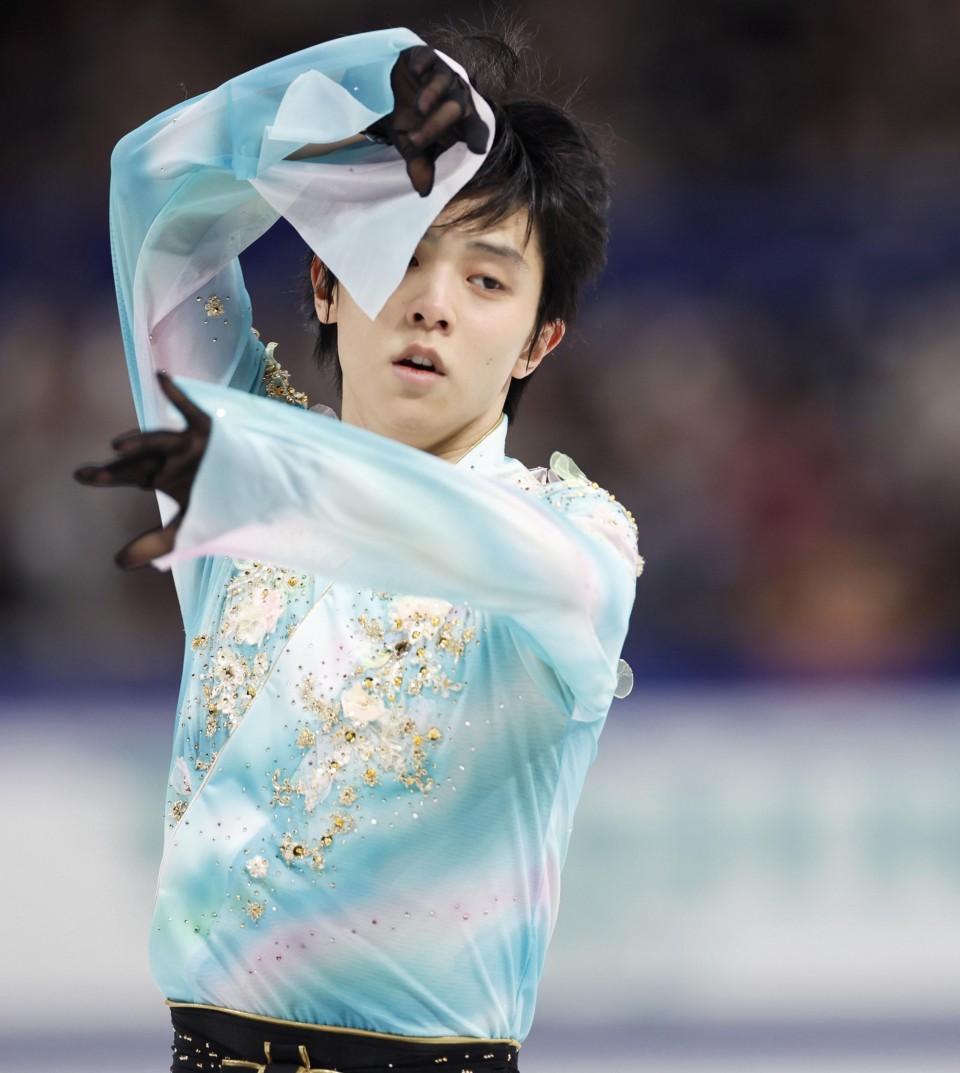 "I can't quit like this. I have to stay committed until the Beijing Olympics," he said at the time.

In the free skate at nationals, he attempted a quad axel, although he two-footed the landing and the jump was downgraded to a triple axel. Still, he won his sixth national title and qualified for the Olympics.

Hanyu said at the end of the year, a fire ignited inside him when he put on his Olympic uniform.

"The Olympics aren't just a public performance. For me it's a place where I have to win," he said. 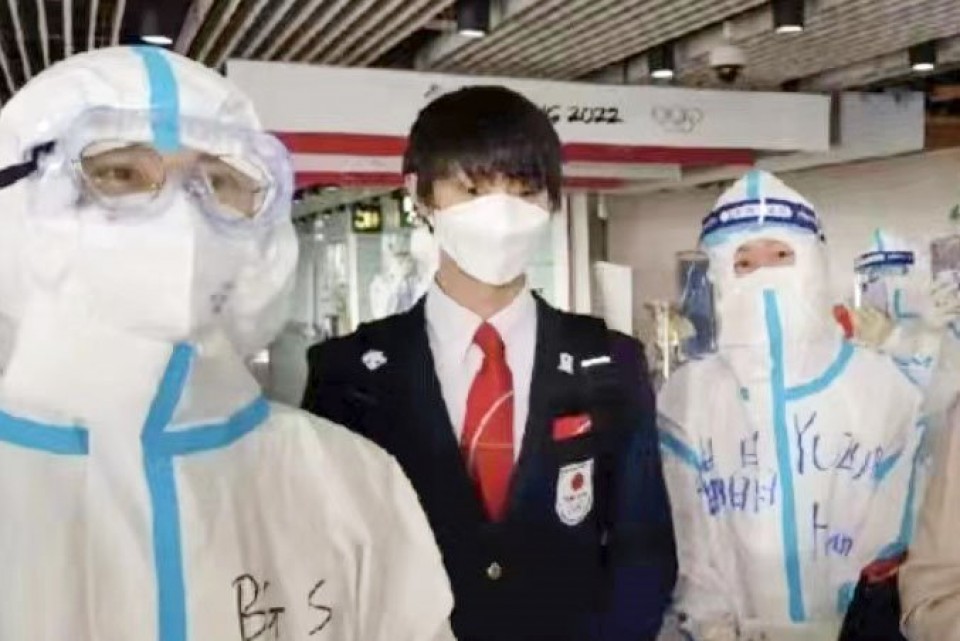 The Japan Olympic Committee confirmed Hanyu arrived in China on Sunday, meaning his long-running rivalry with American Nathan Chen is one step closer to resuming.

The two will face off for the first time on Tuesday with the short skate at the Capital Indoor Stadium. The climax, and medals, will come Thursday after the free skate.