The Nikkei stock index plunged on Thursday, falling below 26,000 for the first time since November 2020, as Russia launched a major attack against Ukraine, raising concerns over the outlook for energy prices and the impact on the global economy.

Investors fled to government bonds, the yen and other safe-haven assets as Russia launched what Kyiv called "a full-scale invasion" following Russian President Vladimir Putin's announcement to carry out a "special military operation" in eastern Ukraine. 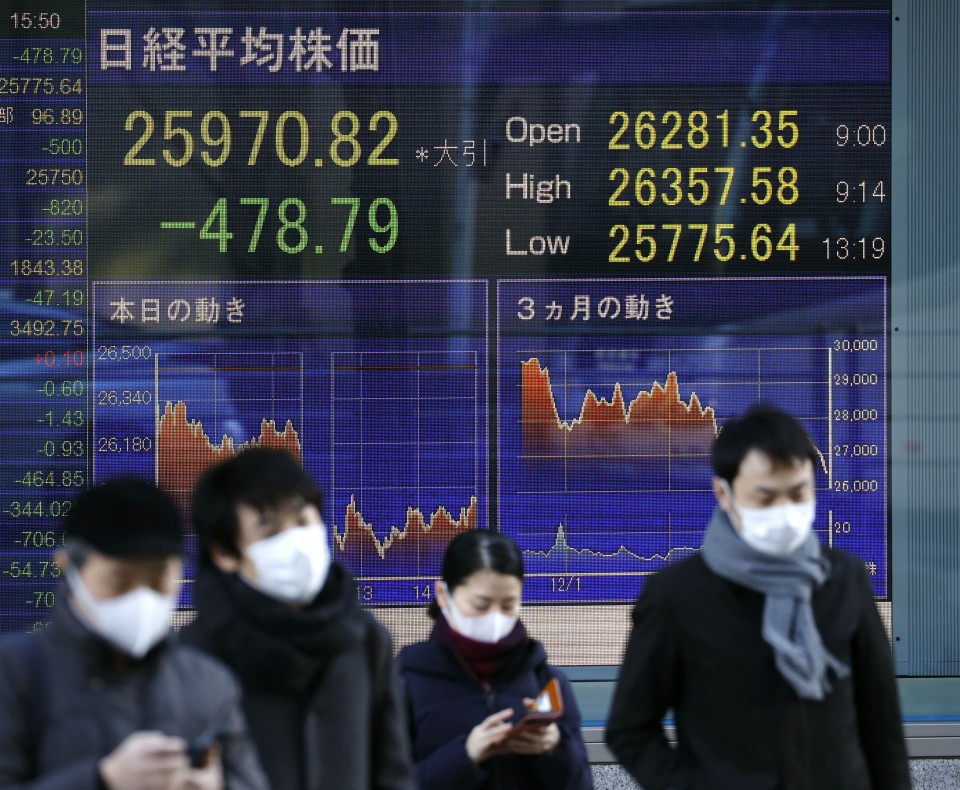 Meanwhile, the Russian ruble plummeted to a record low against the U.S. dollar, according to Reuters.

Tokyo stocks extended a losing streak to five sessions as the market remained under pressure on Ukraine concerns. The Nikkei index plunged in the afternoon, briefly losing over 600 points.

Crude oil prices soared due to expectations that Moscow's military action would lead to disruption of oil supplies from Russia. Benchmark Brent crude futures briefly surpassed $100 per barrel for the first time since September 2014.

Ide said that investors are worried that continuing geopolitical tensions could spur inflation due to a further increase in crude oil prices.

"Investors are worried that higher energy prices could cool the economy. Another concern is that the U.S. Federal Reserve may tighten its monetary policy drastically to battle a possible rise in inflation," Ide said.

Putin's announcement of a "special military operation" in eastern Ukraine came amid Western countries' last-minute pleas to prevent a war in the heart of Europe.

Major stock markets worldwide have been hit by fears over a large-scale Russian invasion and its impact on the global economy, with the Dow Jones Industrial Average extending its losing streak to five days on Wednesday.

On the First Section, declining issues outnumbered advancers 1,294 to 824, while 64 ended unchanged. Decliners were led by air transportation, rubber product and glass and ceramics issues.