Yuzuru Hanyu's campaign for a third straight Olympic figure skating gold medal was dealt a serious blow by a hole in the ice Tuesday at Beijing's Capital Indoor Stadium, but the Japanese great has vowed to fight on.

The 27-year-old botched his very first jump of the men's singles short program, catching his skate in the ice and turning a quad salchow into a single rotation. The costly error saw him earn an underwhelming 95.15 points and place eighth after the first day of the competition. 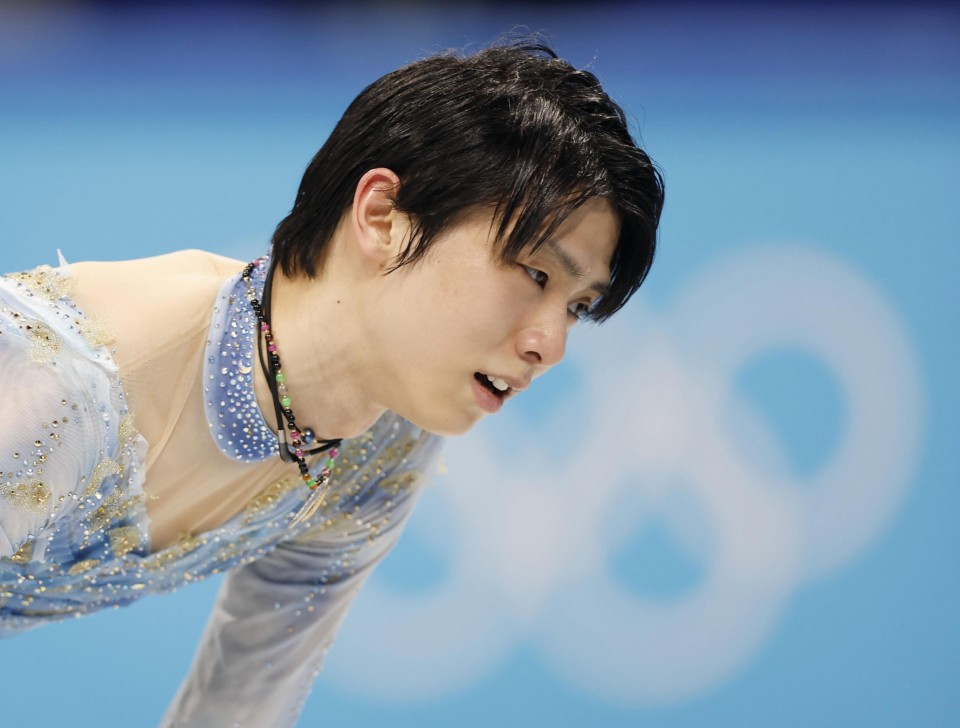 Gold medal favorite Nathan Chen, meanwhile, soared to a new world record of 113.97 for the segment to finish the day on top, ahead of in-form Japanese skaters Yuma Kagiyama on 108.12 and Shoma Uno on 105.90.

Showing the competitive spirit that has driven him to back-to-back Olympic championships, Hanyu said he had not given up hope despite the major mishap.

"Anything can happen. We'll see how things turn out," he said. "I'm just going to give everything I've got and try to fight my way back into the competition."

A flawless performance in Thursday's free skate still may not be enough to reel in his two Japanese teammates, let alone three-time world champion Chen, who has been virtually unbeatable since his disappointing fifth-place finish at the 2018 Olympics.

Then still a rising star, the American infamously flamed out in the short program in Pyeongchang, South Korea, taking himself out of contention after he was predicted to challenge for gold.

Calling the meltdown a "learning experience," the intensely driven 22-year-old has since gone on to improve every aspect of his skating, as evidenced by Tuesday's short program in which he eclipsed the previous world record of 111.82 set by Hanyu at the 2020 Four Continents.

Hanyu has contrastingly spent much of the period between Olympics dealing with injuries, including troublesome right ankle ligaments, which have heavily interrupted a competition schedule already impacted by the coronavirus pandemic.

While he faces an uphill battle to become the first three-time men's figure skating gold medalist since Sweden's Gillis Grafstrom in 1928, he is also eyeing another history-making feat at the Beijing Games.

He has been practicing the quadruple axel with the goal of becoming the first skater to land the four-and-a-half-rotation jump, considered the holy grail of the sport, in a competition.

Hanyu considered quitting after winning his second gold in 2018, but the allure of the quad axel was one of the things that motivated him to keep going.

Asked Tuesday if he would attempt the jump in his free skate, Hanyu was quick to answer, "Of course." 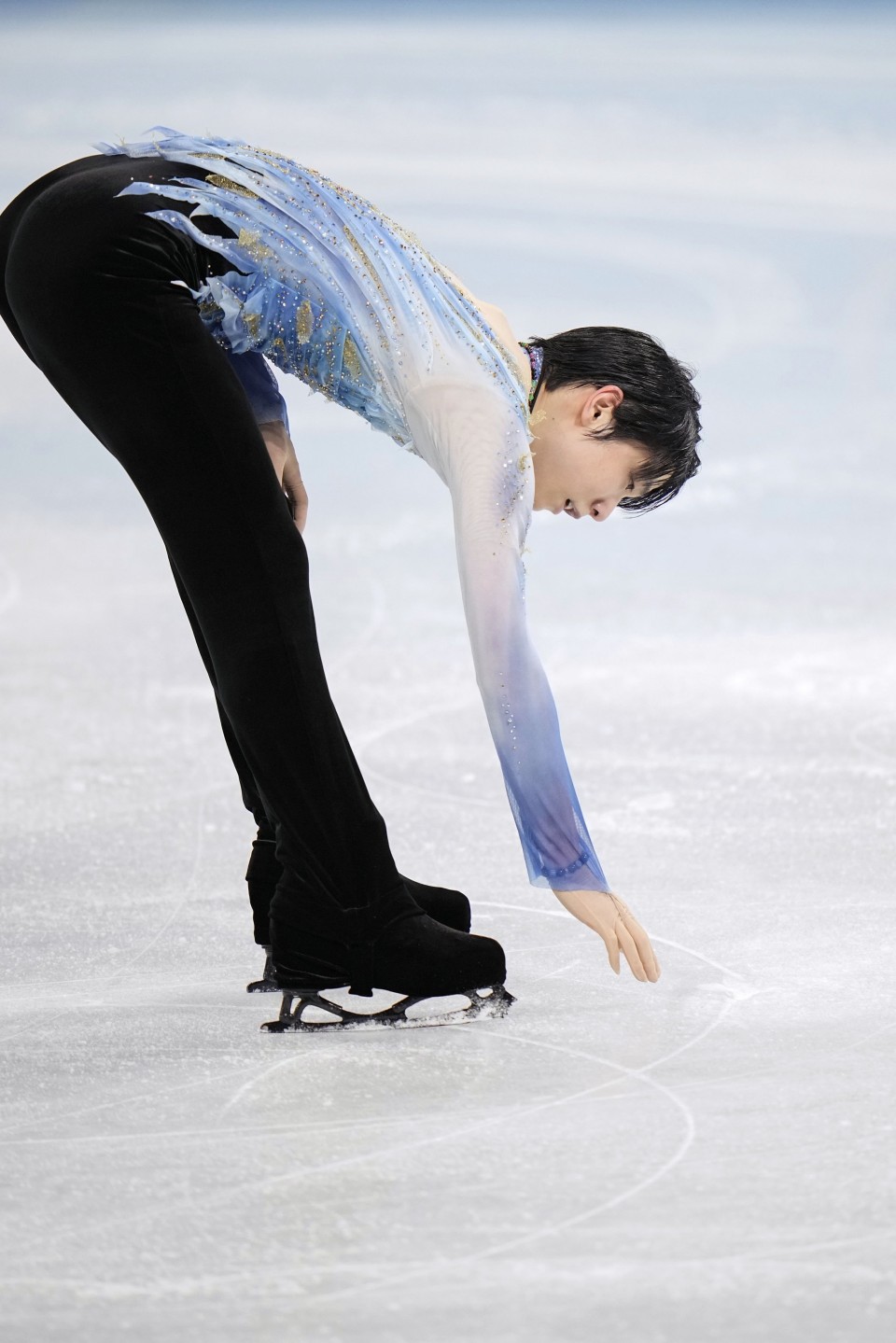 Japanese figure skater Yuzuru Hanyu touches the ice surface where he missed his jump in the men's short program at the Beijing Winter Olympics on Feb. 8, 2022, at the Capital Indoor Stadium in Beijing. (Kyodo) ==Kyodo