Ski jumper Sara Takanashi told the Ski Association of Japan the suit check procedure which led to one of her Beijing Olympics mixed team event jumps being disqualified was different than usual, her national team said Thursday.

Japan head coach Chiharu Saito said Takanashi was giving testimony to the SAJ's hearing after a total of five jumpers from four countries had their jumps struck off over suit violations at Monday's event.

He said the SAJ is looking to send an opinion in writing to the International Ski Federation. 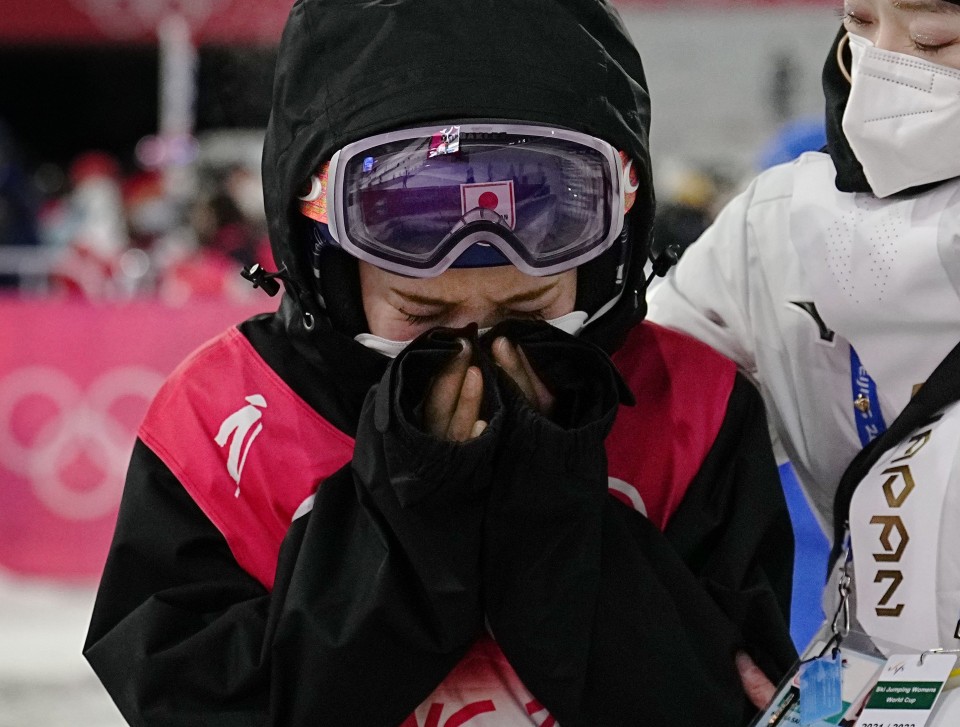 Japanese ski jumper Sara Takanashi is dejected after her final-round jump during the mixed team event at the Beijing Winter Olympics on Feb. 7, 2022, at the National Ski Jumping Centre in Zhangjiakou, China. She was scratched for a suit violation after her first-round jump. (Kyodo) ==Kyodo

Takanashi landed a huge, 103-meter jump as Japan's first of four entrants only for an official to judge her guilty of the violation due to the material of her skiwear being 2 centimeters wider than permitted around both her thighs.

Saito said while thighs are normally checked wearing leggings after jumps, Takanashi replied she was asked to take hers off ahead of the check in question. She also said she is usually asked to spread her arms about 30 centimeters to the side, but on this occasion was ordered to raise them upward.

Olympics: More than hard work needed to be the best, says Ryoyu Kobayashi

Takanashi asked for the check to be redone, arguing it was different, but her request was declined, Saito said.

"We need to make the future checks fair. We can't wreck (a career of) an athlete for things like this," said Saito.

FIS Race Director Chika Yoshida, also speaking on Monday, said it is "important for the FIS to come up with an improvement plan" after the disqualifications sent ripples through the games. 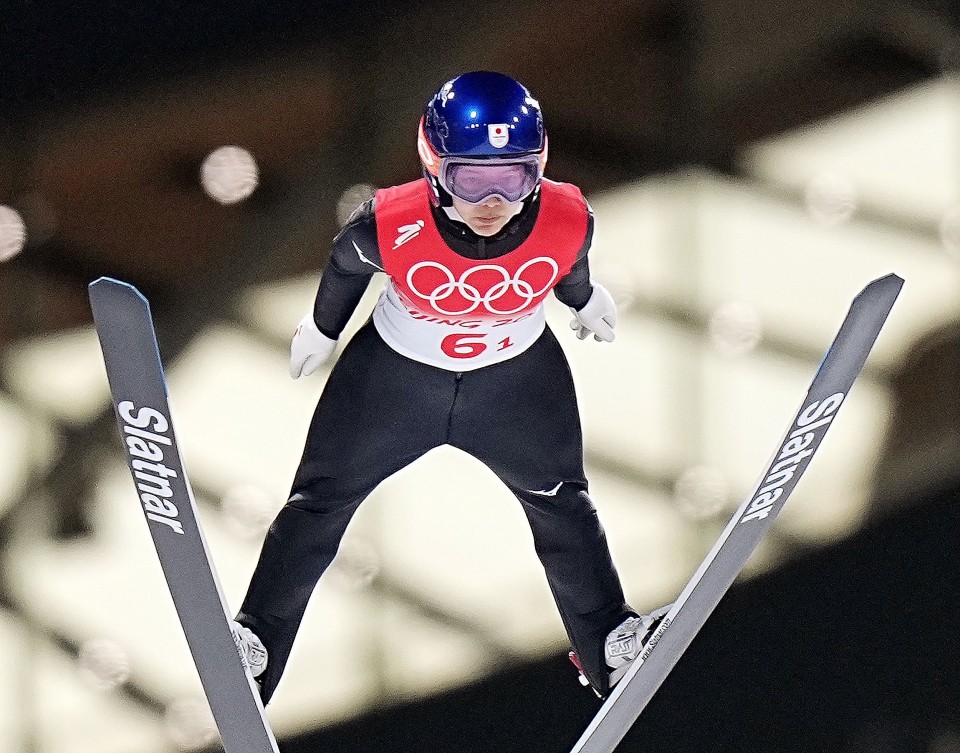 Sara Takanashi of Japan competes in the first round of the ski jumping mixed team event at the Beijing Winter Olympics on Feb. 7, 2022, at the National Ski Jumping Centre in Zhangjiakou, China. (Kyodo) ==Kyodo

"I've only heard (from the inspector in charge) there was no difference in the way the checkup was done," adding the disqualifications were all from a similar part of their bodies and there had been no complaints from the teams.

To avoid wearing oversized items that give an advantage in flight, all the jumpers have their suit inseams checked at the hill before a jump. Infringements are seen the most in that area of the suit.

They are also randomly picked after jumps and checked.

Yoshida said there was one inspector at the earlier individual events, as is the case at the World Cup. 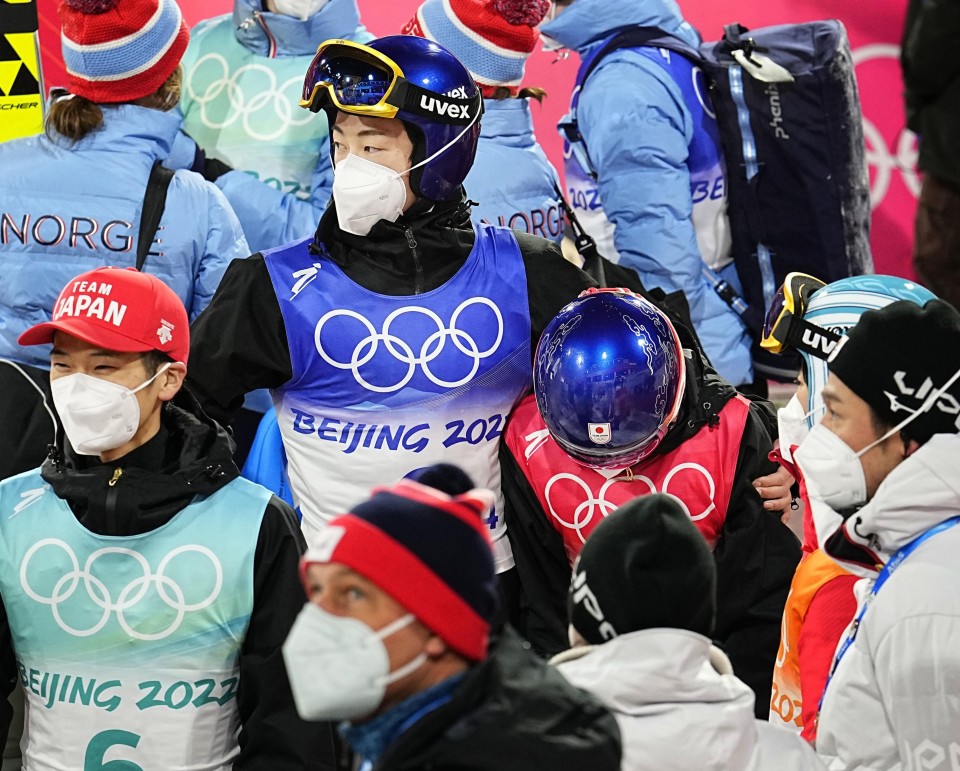 Yoshida, who was part of the operational staff at the mixed team competition, said the checkup was carried out by several inspectors at the event as it was making its Olympic debut.

"Having more (inspectors) does not mean there will be more disqualifications," said Yoshida, who has served as an inspector herself in the past.

"(The confusion) has been really shocking and disappointing."