Japan's Riku Miura and Ryuichi Kihara on Friday placed eighth in the Beijing Olympics pairs figure skating short program after a costly error on a jump, but they are set on putting the performance behind them to focus on the free skate.

The Japanese pair scored 70.85 points after Miura failed to execute a triple toe loop and instead completed a double. At the end of the night's competition, they sat 13.56 points behind leaders Sui Wenjing and Han Cong of China, the reigning Olympic silver medalists, who scored 84.41. 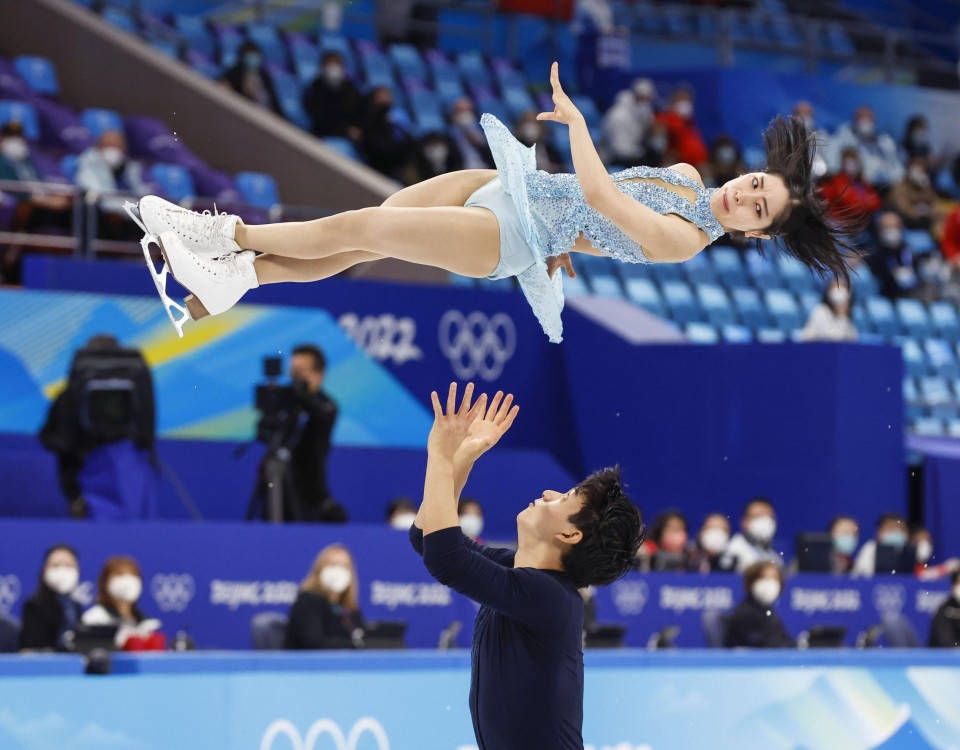 Two Russian Olympic Committee pairs also scored in the 80s and remain in contention for gold.

Evgenia Tarasova and Vladimir Morozov sit in second after scoring 84.25 and reigning world champions Anastasia Mishina and Aleksandr Galliamov are third with 82.76.

Miura, who was clearly dissatisfied with her performance, said, "I was frustrated only by my jump," adding that nerves got the better of her.

"I had negative thoughts because I was scared of making mistakes on this big stage." 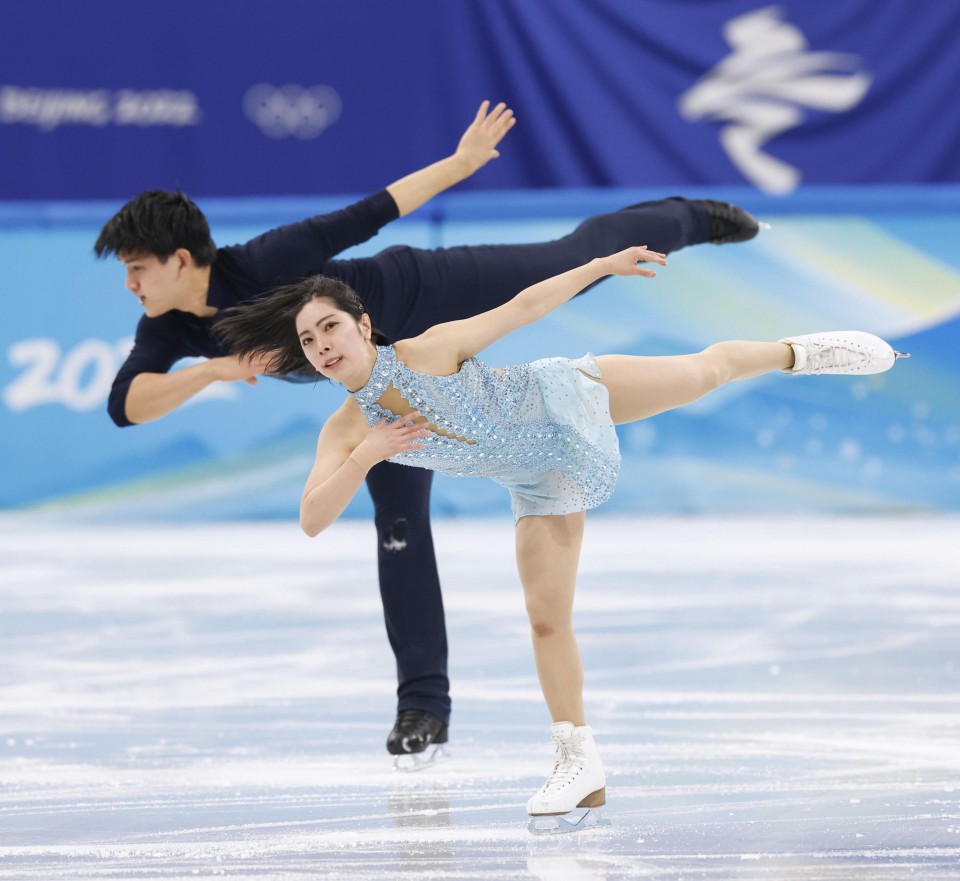 The pair, who won a bronze for Japan in the team event earlier in the games, delivered a high triple twist lift and an impressive throw triple lutz at Capital Indoor Stadium, but Miura's double toe loop scoring only 1.10 points dragged their score down.

Three-time Olympian Kihara said he noticed his 20-year-old partner was feeling the pressure but said it was only natural in a competition of this magnitude. He believes she can overcome it for the free skate on Saturday.

"We are not gambling with any of our elements (in the free skate)," said Kihara. "All the skills we have confidence in are included in the program. So we'll just forget about today and go aggressive tomorrow." 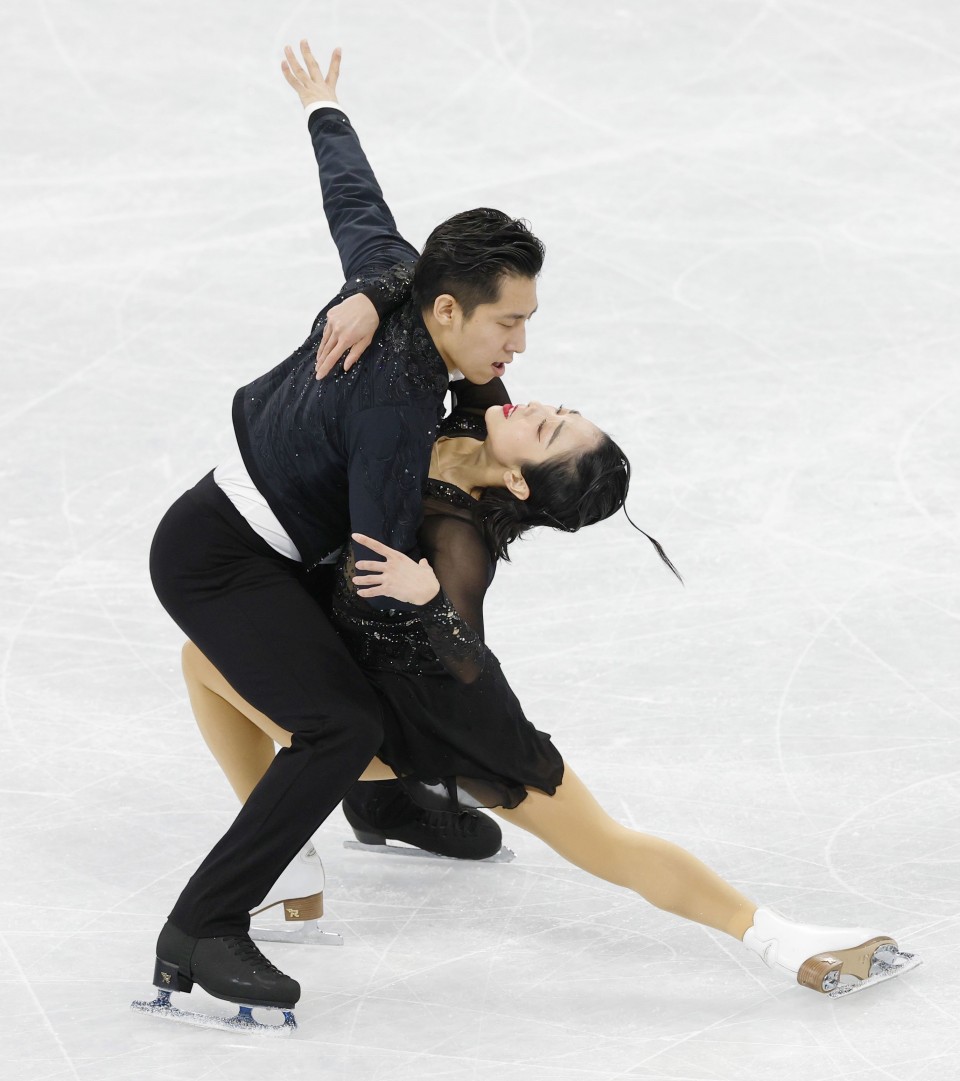