TSMC to increase investment in chip plant in Japan's Kumamoto

Taiwan Semiconductor Manufacturing Co. said Tuesday that it will increase its capital spending for a plant to be built in Japan's southwestern prefecture of Kumamoto by 20 percent to $8.6 billion to boost its production capacity.

Denso's stake in the TSMC subsidiary will exceed 10 percent. 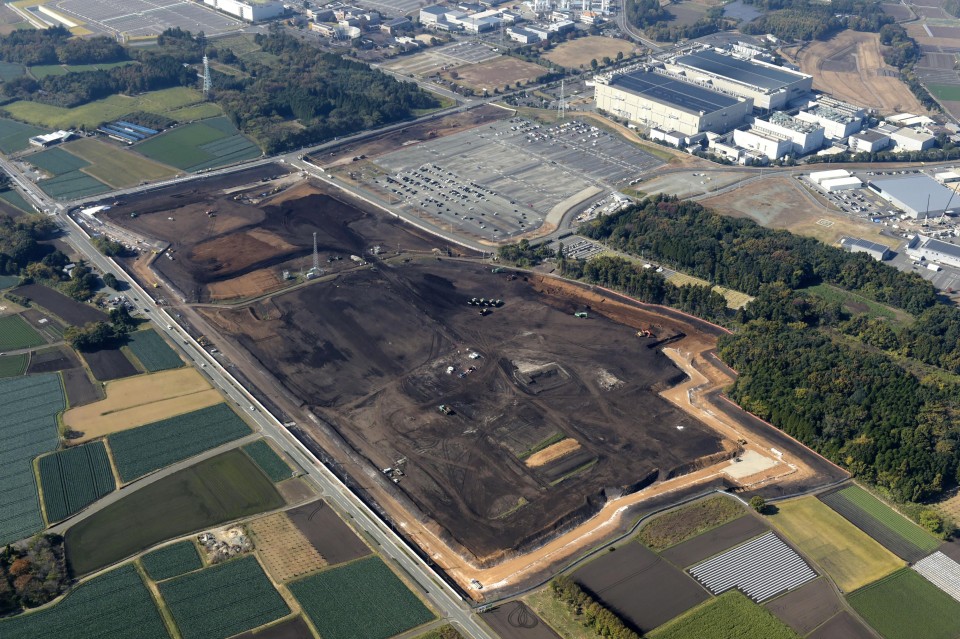 Photo taken on Nov. 20, 2021, shows a site in the Kumamoto Prefecture town of Kikuyo, southwestern Japan, where Taiwan Semiconductor Manufacturing Co. will build a plant to help meet the global shortage of semiconductors. (Kyodo) ==Kyodo

TSMC has previously said its initial capital expenditure for the plant would be around $7 billion with "strong support from the Japanese government."

TSMC also plans to increase monthly chip production capacity by 20 percent from originally planned while expanding the number of high-tech professional jobs created directly through the plant from about 1,500 to about 1,700.

"TSMC is very glad to welcome Denso's participation in JASM," CEO C.C. Wei said in a statement. The TSMC subsidiary "enables us to leverage Japan's top-notch semiconductor talent and contribute to the growth of the global semiconductor ecosystem," he added.

For its part, Denso hopes owning a stake in the joint venture will lead to a more stable supply of chips for use in automobiles.

A Denso official said the parts maker has decided on the move because it expects to require more semiconductors down the road as more automobiles go electric.