With war looming in Ukraine, former British Defense Secretary Des Browne urged world leaders to fulfill "a shared responsibility to work together to mitigate the risks" as their predecessors did in the mid-1980s when the East-West rivalry heightened under the shadow of nuclear risk.

"We are at a critical moment in Euro-Atlantic security," Browne said to Kyodo News in a recent written interview. "Relations among States comprising the Organization for Security and Cooperation in Europe remain dangerously adversarial."

"For too long, the risk of an accident, mistake or miscalculation leading to broader conflict, including nuclear use, has loomed over all of us. Unfortunately...the threat of war appears all too real. It is with us now, and could persist for some time," said Browne, who served as British defense chief from 2006 to 2008. 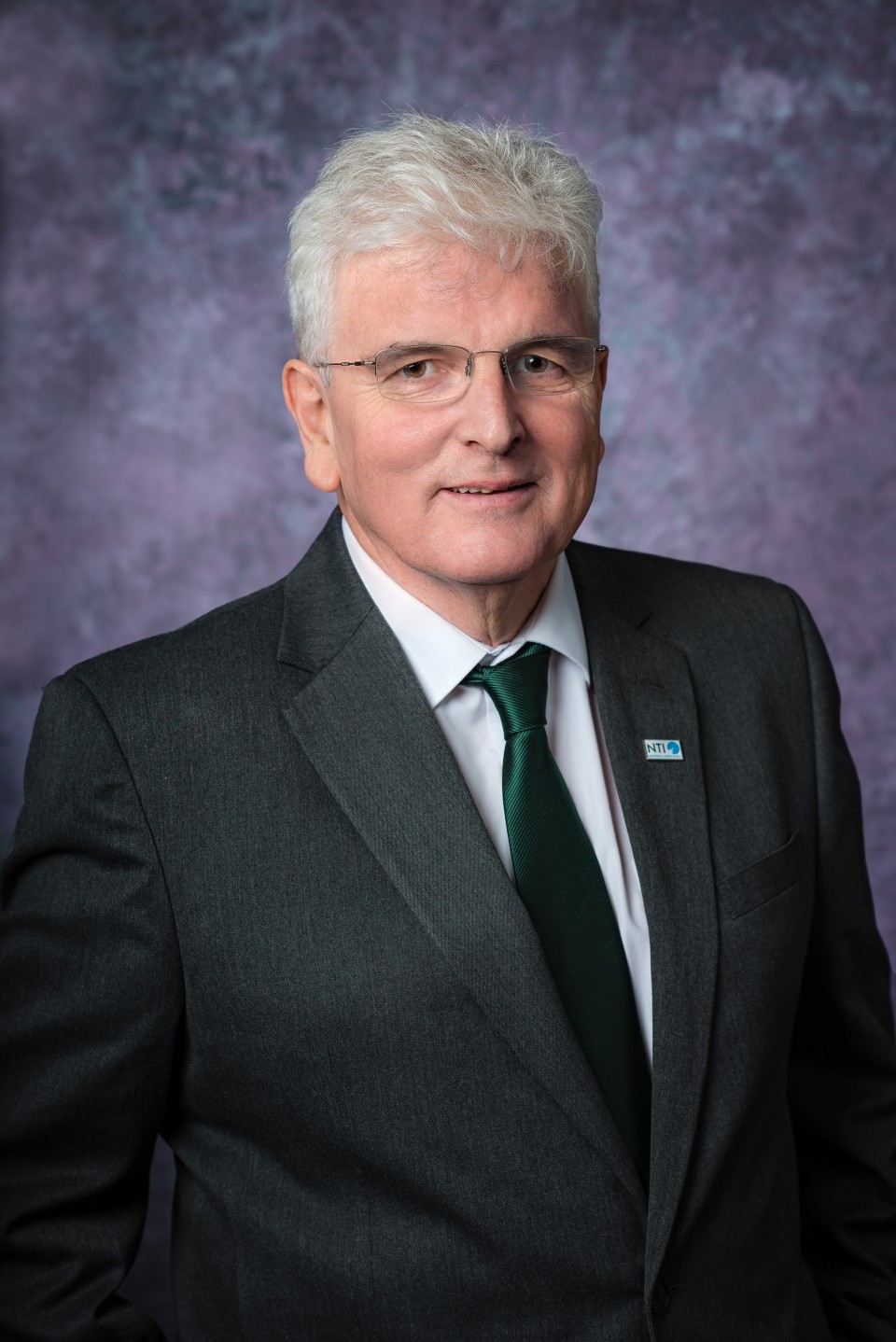 Asked about the strategic intention of Russian President Vladimir Putin who has amassed forces along the border with Ukraine and the Belarus-Ukraine border, Browne responded, "Russia's intentions remain clouded, but Russia's capabilities are clear."

"Countries rarely deploy these capabilities at this level of readiness without a political, military purpose. Russia may see these deployments and exercises as a means of supporting their diplomatic demands, or they may have every intention of using them in Ukraine. We simply don't know."

He added, however, the assembled forces are "capable of a large-scale invasion of Ukraine."

In 2013, a year before Russia annexed the Crimean Peninsula and intervened in Eastern Ukraine, a group of over 30 former senior political and military leaders as well as experts in the Euro-Atlantic area, including Browne, warned of the need to avoid a crisis.

"Euro-Atlantic security must be improved or the existing risks will grow. The window for building trust, confidence and mutual security will not remain open indefinitely," they wrote in a report published by the Nuclear Threat Initiative, a Washington-based think tank where Browne now serves as vice chair.

"In the absence of a new military and political strategy, there is a risk that security and stability in the Euro-Atlantic region will break down," the report continued.

Browne said, "Since 2014, the unresolved conflict in and around Ukraine has been a potential flashpoint for catastrophic miscalculation between Russia and the West."

"We are now seeing that play out," he said.

Browne warned that nuclear weapons could potentially be used under such a fragile situation, caused by mutual mistrust between the West and Russia.

No concessions to Russia on Ukraine crisis: Estonia foreign minister

"In the Euro-Atlantic region today, leaders face risks of miscalculation, compounded by the potential for the use of nuclear weapons, where millions could be killed in minutes."

"This risk is exacerbated by new technologies including cyber threats, and new military deployments that should cause leaders to reflect on the adequacy of the decision time available to them to prevent or de-escalate a crisis," Browne added.

Emerging technologies such as evasive hypersonic missiles and robotic nuclear torpedoes, combined with artificial intelligence, could expel humans from the decision-making process to respond to a perceived or real attack, Browne said.

Taking into consideration this modern technological evolution as well as the "unrelenting impact of the growth and evolution of social media, including disinformation campaigns," Browne put an emphasis on the significance of political leadership.

"In such a world, rational and determined actions by governments have never been more important. Governments have a shared responsibility to work together to mitigate the risks."

"No one wants a return to the Cold War," he stressed. "As was true then, improving security in the Euro-Atlantic region today will require leaders to recognize their mutual interests and act boldly and together to promote them."

"A leader-driven framework for multilateral dialogue can advance practical ideas for improving security," he added.

"Governments should work to identify elements of common ground, including near-term steps for reducing nuclear risks now, and long-term steps contributing to a comprehensive approach to building mutual security -- one that emphasizes both a synergy between process and substance, and is likely to yield concrete results," he concluded.