Japan's Ikuma Horishima had a disappointing first showing at the Beijing Winter Olympics on Thursday, the two-time world champion missing out on earning a direct place in the men's moguls finals with a loose qualification run.

Looking for his first Olympic medal after flaming out four years ago, the 24-year-old skied conservatively early and then let his second air get away from him, landing on the back of his skis and closing his run messily. 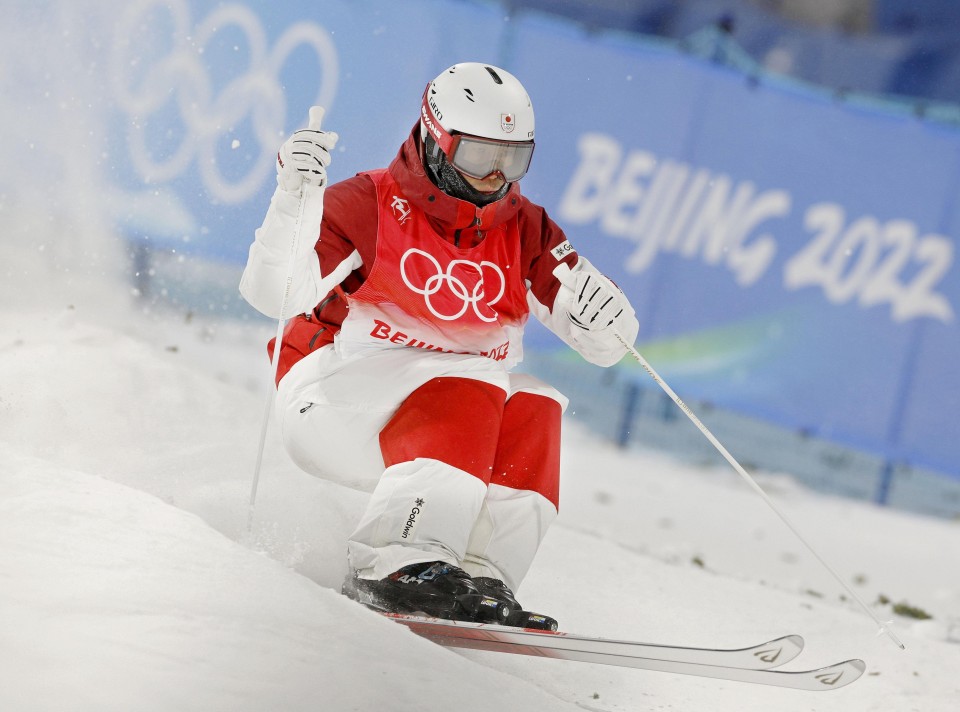 Ikuma Horishima of Japan competes in the men's freestyle skiing moguls qualification round at the Beijing Winter Olympics at the Genting Snow Park in Zhangjiakou on Feb. 3, 2022. (Kyodo) ==Kyodo

"I made mistakes at points where I usually don't," Horishima said. "On the second air, maybe I got a little tense. I should have controlled (the skis) at the end."

Although he said ideally he would have qualified directly to conserve energy, he is confident he can execute in the second qualification stage.

"I think I'm going to have to do about eight runs in total (in one day), but I have physically prepared myself to be capable of doing that," he said.

While Horishima faltered in 16th with 74.40 points, compatriots Kosuke Sugimoto and Daichi Hara advanced, the former securing sixth place with 76.26 points and the latter eighth with 76.11 points.

Olympic debutant Sugimoto linked a big cork 720 with a backflip grab, and Pyeongchang Olympic bronze medalist Hara put down a pair of cork 720s, the first with a grab mixed in, to end a clean run. 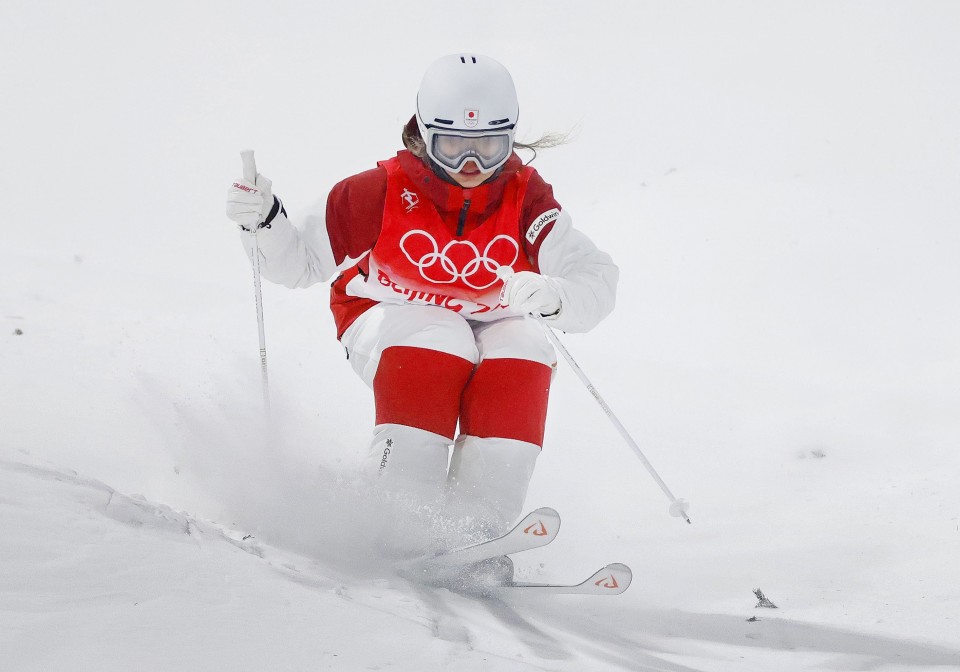 Anri Kawamura of Japan competes in the women's freestyle skiing moguls qualification round at the Beijing Winter Olympics at the Genting Snow Park in Zhangjiakou on Feb. 3, 2022. (Kyodo) ==Kyodo

Mikael Kingsbury of Canada was a cut above as he began his quest for back-to-back Olympic golds, the reigning world champion near-perfect in his 81.15-point run that put him on top.

In the women's, Japanese medal hopeful Anri Kawamura lived up to expectations with a 76.36-point run that qualifies her for the finals in fifth.

The 17-year-old threw a tucked backflip and cork 720 while attacking the bumps with abandon on her Olympic debut.

Junko Hoshino laid down an early marker with her 75.38-point run that included a backflip and cork 720, and some aggressive turns.

Competing in her second Olympics at 32 years old, the veteran slid down the order to finish sixth, making it certain she will better the 25th place she recorded at the Sochi Games in 2014.

Along with Horishima, Japan's other male entrant, the 18th-placed qualifier So Matsuda, will go into the second phase looking to secure one of the 10 remaining places in the finals, as will the women who missed out, 15th-place finisher Kisara Sumiyoshi and the 18th-ranked Hinako Tomitaka.