Singaporean Adeline Leng expected to start studying at a language school in Japan last April but is still not able to travel to the country due to its strict COVID-19 border controls.

Leng, 26, began the process of applying 16 months ago and since then it has been one long, increasingly fraught, wait. 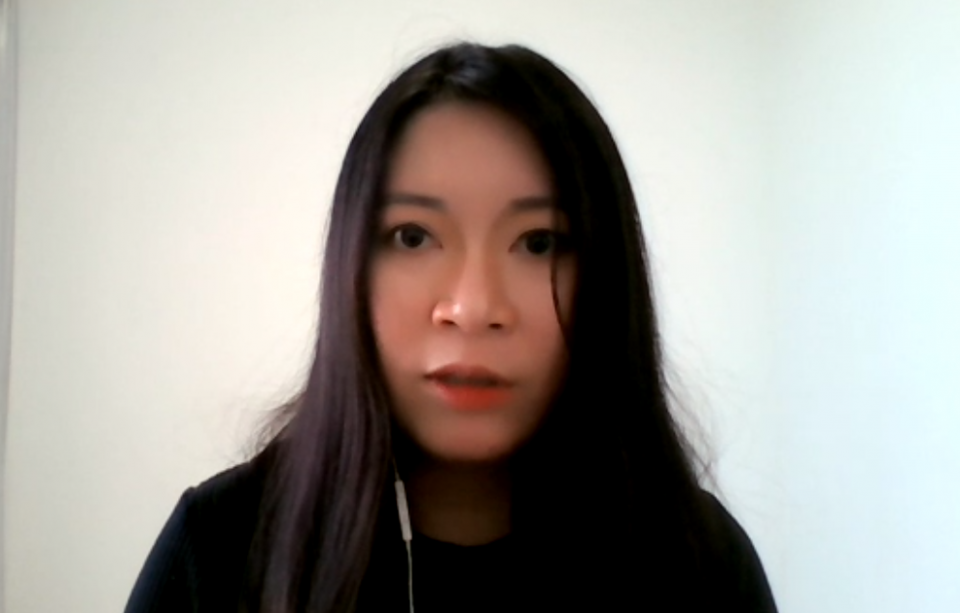 Screenshot shows Adeline Leng talking from her home in Singapore during an online interview on Jan. 14, 2022. (Kyodo)

"When the timeline passed, and we got to about August, after the (Tokyo) Olympics, and September, October, that is when the stress of not being able to enter Japan started to get to me," Leng told Kyodo News in an online interview.

The policy, which will be in place at least until the end of February, has left up to 140,000 people who had hoped to begin studying in Japan unable to take up their places.

Amid international criticism that the country's strict border controls are unreasonable and amount to discrimination against foreigners, some students continue to wait for approval to enter while others have already given up. Some have changed their destinations to other countries such as South Korea.

Born in Singapore, Leng moved to Australia at the age of 10. But long before that, Leng, who has a Japanese grandmother, had wanted to live in Japan. She recalls finally speaking out about her desire to her parents when she was 13 or 14, but being told she would face language and cultural barriers as someone who is "not 100 percent Japanese."

Nevertheless, her desire someday to move to the country remained, and she started studying the language in high school. 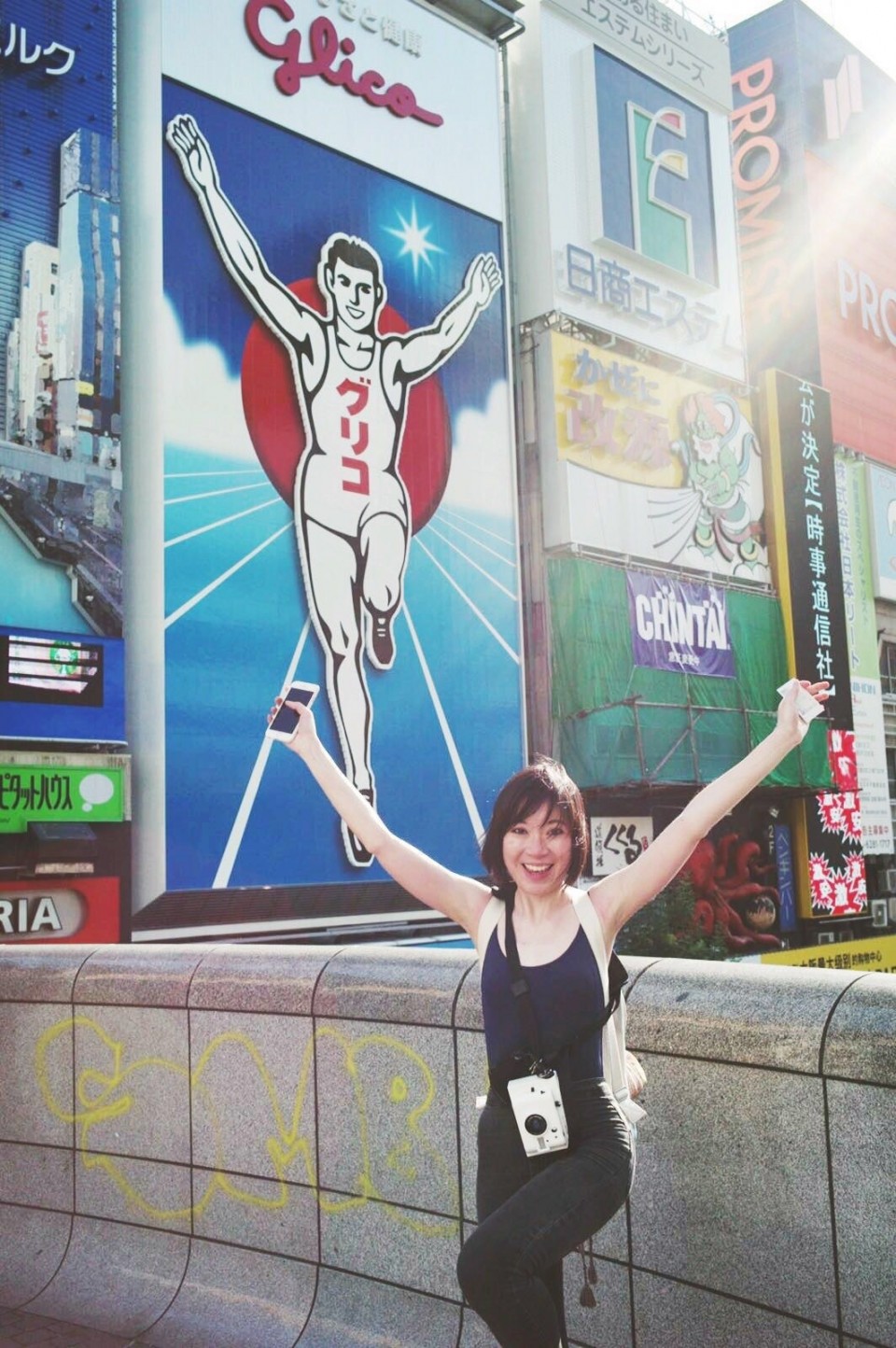 Photo shows Adeline Leng posing for a photo during her trip to the western Japan city of Osaka in September 2016. (Photo courtesy of Adeline Leng)(Kyodo)

Leng holds a master's degree in architecture and urban design but switched careers to digital design after the start of the pandemic, feeling "the building industry is not doing very well." Around the same time, she entered a relationship with an Australian partner who lives and does business in Japan.

Finally, she had a good chance "to achieve my dream of going to Japan to study, to work, and to live," she said, explaining that her goal is to one day work for a Japanese tech company.

Adeline believes Japan's entry restrictions on foreigners have been too strict, resulting in high "emotional costs."

She has been "stuck in a limbo," she says. "There is no way for me to go back to my old life."

In October last year, she returned to Singapore due to the worsening COVID-19 situation in Australia and still awaits the day when she can live her dream in Japan.

Some like-minded friends have already switched to European countries that accept international students.

Meanwhile, for Brazilian Anais Cordeiro de Medeiros, plans to study in Japan have all but gone up in smoke.

The 29-year-old was scheduled to go to a graduate school in Tokyo for two years from April, the beginning of Japan's fiscal year, in 2020. She had already packed her suitcases at home in the western Brazil city of Rio Branco, when the pandemic situation took a turn for the worse. 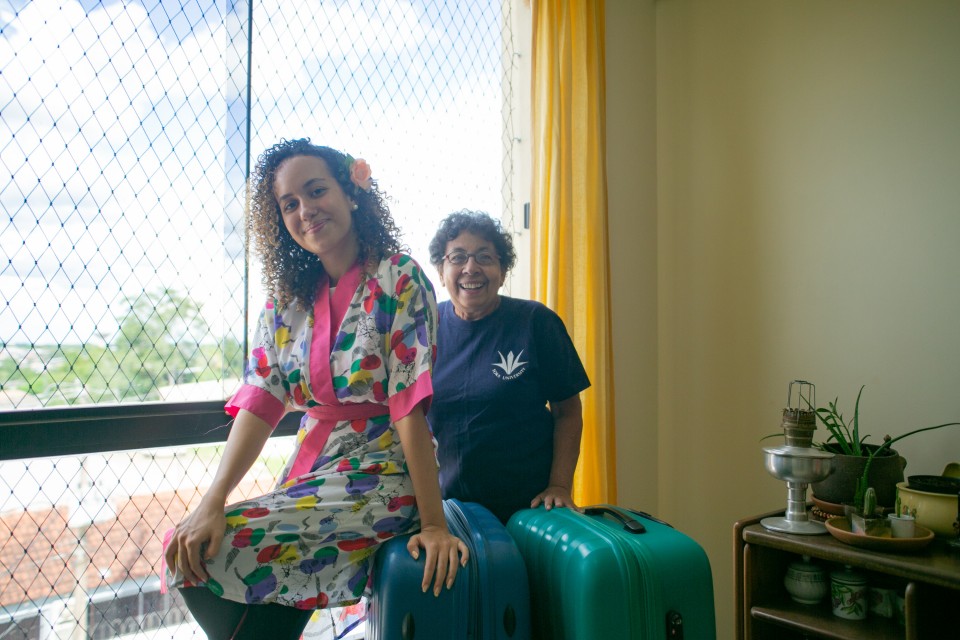 "I quit my job, sold my car, and did everything I could to help raise money" to live in Japan, she said. "Despite trying to adapt to the reality that was imposed on me, I never gave up on Japan."

Even though there is a 14-hour time difference, she decided to take classes from the graduate school in Tokyo online and stay prepared to depart at a moment's notice.

"My biological clock is a mess," she said, adding, "If I could go to Japan, of course, it'll be amazing to study in a healthier way."

The "discriminatory" travel ban will undoubtedly have "very negative social effects, not only for those who are unable to travel to Japan, but for Japan too," she said with tears streaming down her face. "I'm not a threat. I'm just a student."

After finishing her master's thesis by studying remotely for nearly two years and booking flights to Japan "over 10 times" to no avail, graduation is quickly approaching. If it is any consolation, she might be able to attend the commencement ceremony in Tokyo in mid-March. 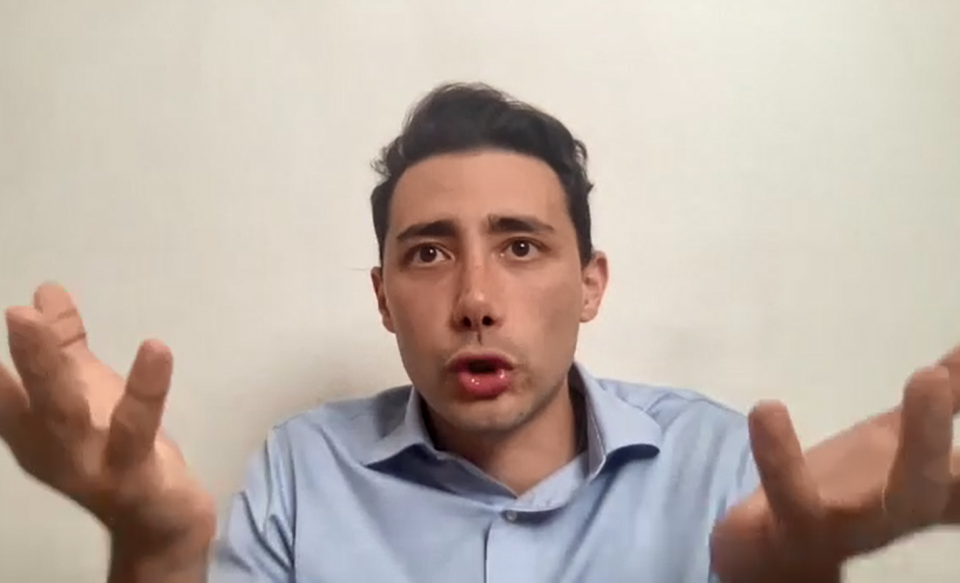 Screenshot shows Davide Rossi talking from his home in Tokyo during an online interview on Jan. 19, 2022. (Kyodo)

"When the government explains about this, the ban on new entries of foreigners is to keep the Omicron out, like only foreign people can bring the Omicron in, which is, of course, not the case," said Rossi, 39, adding that students he knows are all willing to be quarantined as long as required.

Rossi, who came to Tokyo as a language student from Italy in 2008, set up a Japan association called "Open the borders to safe study" last spring to support foreign students affected by Japan's border controls and share information with them.

"I cannot change things by myself, this is too big...but I decided to, you know, do something for students," said Rossi.

According to Rossi, more and more students who once loved Japan "changed completely to haters," saying "enough is enough." "We see a lot of people going to South Korea instead of Japan," he added.

Among them is a French woman who decided last fall to start living in Seoul in December and attends a university there. She had received a working holiday visa in August 2019 to stay in Japan for one or two years beginning the following year, but her trip never came to pass.

"I put my life on hold for two years without any information on when this wait will come to an end. I'm 33, and I can't waste my time forever," the woman, who asked to remain anonymous, said.

Japan's education ministry says that up to 147,000 people are estimated to have been waiting for entry to Japan, but that a "considerable number" of them are believed to be no longer willing to come.

Japan's entry ban has received international criticism, including from the WHO, which urged member nations to lift or ease international travel bans in mid-January, saying that they do not provide "added value."

There has also been criticism from domestic businesses lobbies, which fear such steps could negatively affect the economy in the long run by reducing the intake of foreign workers and talented researchers. That could accelerate the country's chronic labor shortage and precipitate a decline in national strength.

The "foolish" border control steps "remind me of the isolation policy in the Edo Era" from the early 17th century to mid-19th century, Hiroshi Mikitani, chairman and CEO of Japanese e-commerce giant Rakuten Inc., said in Twitter posts in early January.

Nonetheless, polls by Japanese media have shown that over 80 percent of Japanese people support the current tight border policies.

Backed by public opinion, Prime Minister Fumio Kishida has repeatedly boasted that "We are taking the strictest measures" among the Group of Seven industrialized nations. 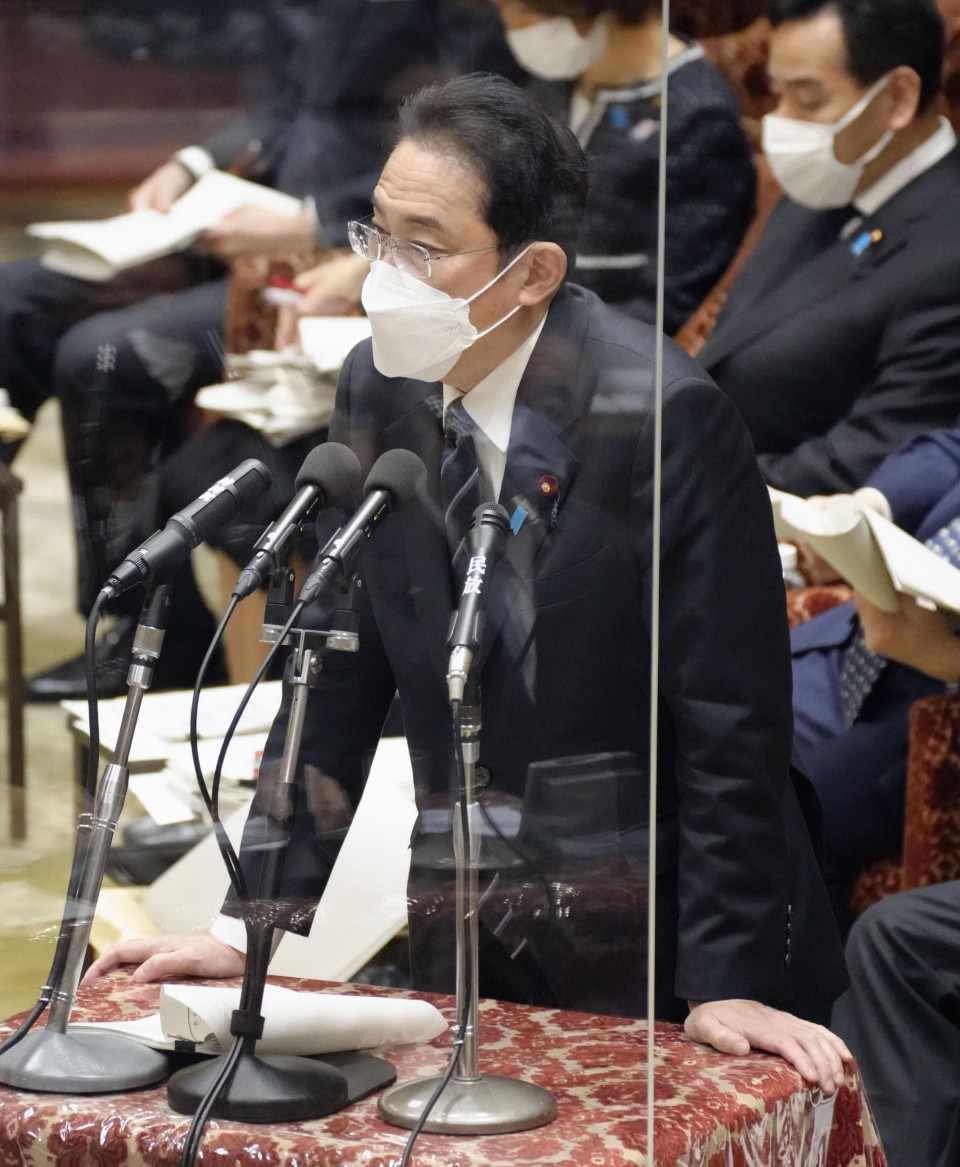 The government has, however, made some exceptions to the ban. It has allowed around 400 international students, including 87 government-sponsored students, into the country, with Chief Cabinet Secretary Hirokazu Matsuno saying the decision was made "in terms of public interest and urgency."

Matsuno also said that the government will "maintain the framework" of its border controls "until the end of February."

Rossi said the government should show a "clear criteria and timeline" on how and when it will allow foreign entries so that overseas students can prepare accordingly.

"Like me, even though we are not (government-sponsored students), I think we have a lot of potential within us and we are also very highly skilled," Leng said. "In this era of globalization, it is not beneficial for the Japanese people, for Japan and the world, to keep a travel ban."