The Chinese government made final preparations on the eve of the opening ceremony Friday of the Beijing Winter Olympics, as the torch relay continued in a modest manner amid the COVID-19 pandemic.

In a video speech at a meeting of the International Olympic Committee in Beijing on Thursday, President Xi Jinping said the world is turning its eyes to China as the games open the next day, and that China is ready, according to the official Xinhua News Agency.

"China will do its best to deliver to the world a streamlined, safe and splendid Games," he was quoted as saying. 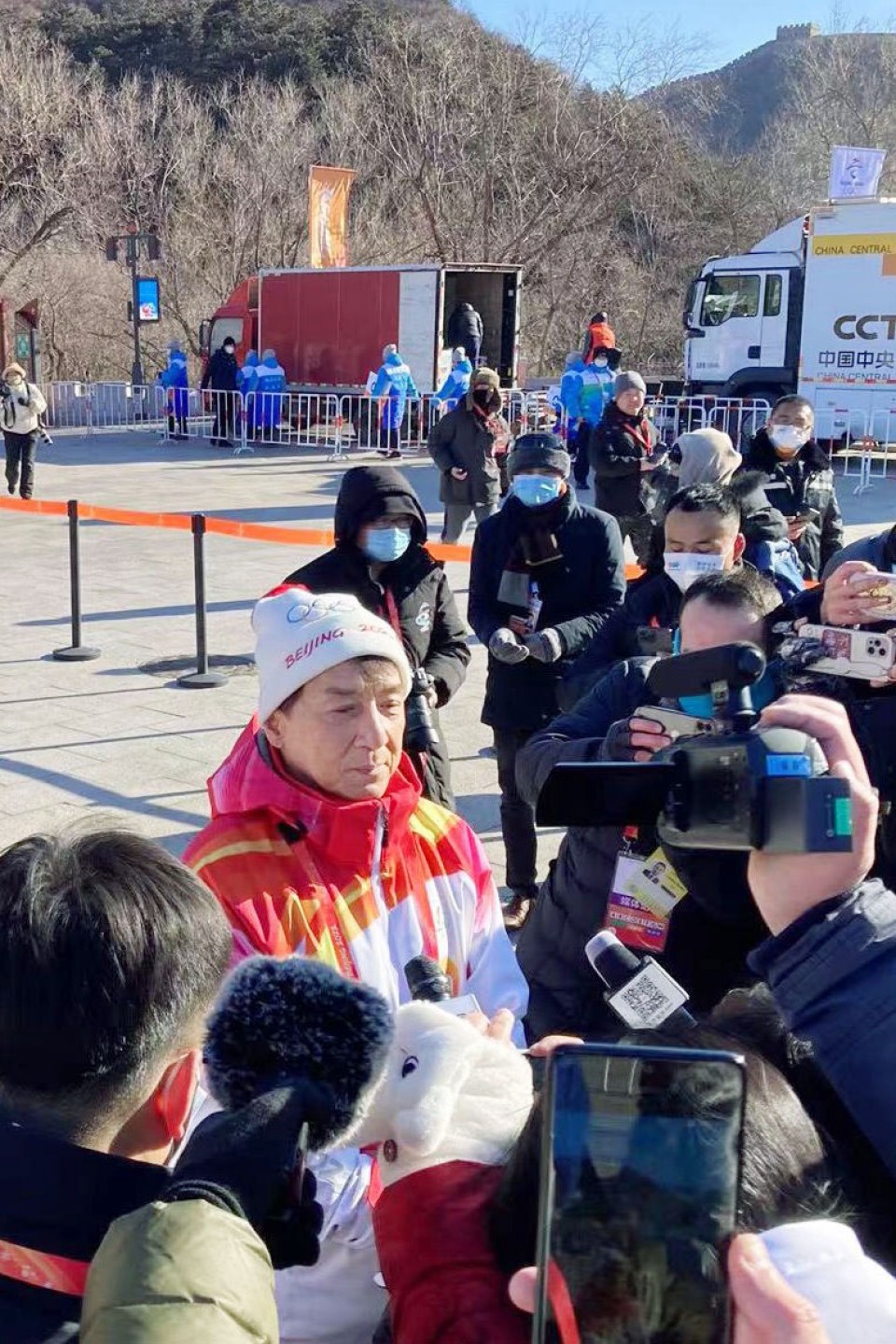 Hong Kong action star Jackie Chan talks to the press after taking part in the Winter Olympic torch relay at the Badaling section of the Great Wall in Beijing on Feb. 3, 2022. (Kyodo) ==Kyodo

On the second day of the three-day torch relay, kung-fu movie star Jackie Chan and other celebrities carried the Olympic torch atop the Great Wall, one of the World Heritage sites in China.

Around 1,200 people are involved in the relay, which is closed to the public to protect their health.

A flurry of diplomatic activity is expected during the next several days as Xi is set to meet in person with dozens of dignitaries visiting the country, including Russian President Vladimir Putin.

Senior officials of the United States and some other democratic nations are skipping the opening ceremony in a "diplomatic boycott" as a response to China's alleged human rights abuses in Xinjiang that Washington has labeled as "genocide."