Ayumu Hirano wrote his name in Japanese sporting history on Friday when he won the country's first-ever snowboard Olympic gold medal, taking the men's halfpipe title at the Beijing Games.

Hirano scored 96.00 points in his third run with a spectacular display that included a triple cork 1440, enough to separate him from Australian Scotty James who finished in the silver position with 92.50 at Genting Snow Park. 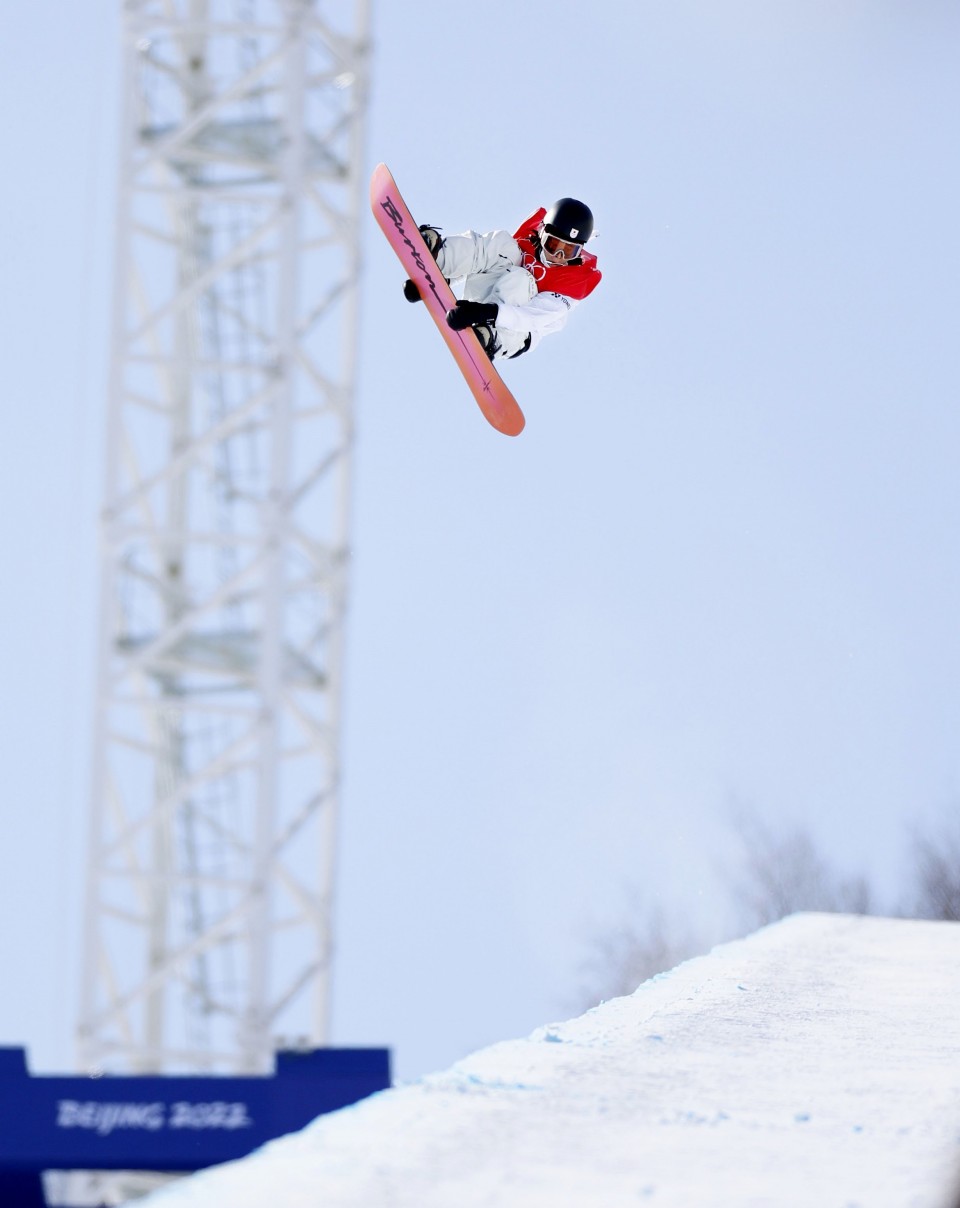 Ayumu Hirano of Japan performs a trick during his third run of the men's snowboard halfpipe final at the Beijing Winter Olympics on Feb. 11, 2022, at the Genting Snow Park in Zhangjiakou, China. (Kyodo) ==Kyodo

Hirano won snowboard halfpipe silver at the 2014 and 2018 Games, then switched to skateboard and qualified for the Tokyo Olympics before this triumphant return to his roots.

"It hasn't sunk in yet but finally one of my childhood dreams has come true," said Hirano. "I couldn't end without getting this one, I gave everything." 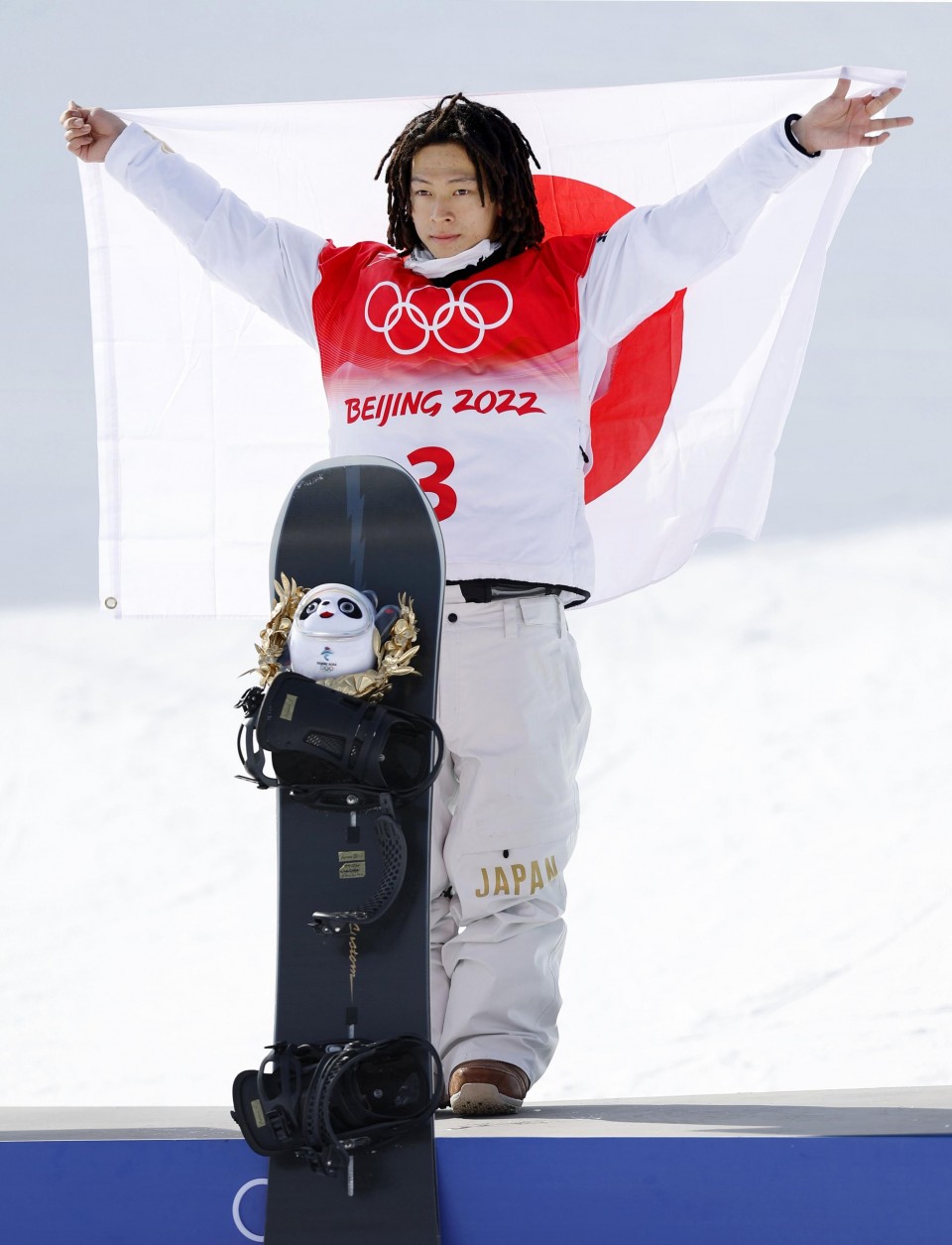 Ayumu's triple cork 1440 was the first landed in Olympic competition, and he did it on each run.

His perfect second trip down the halfpipe looked gold-worthy, but the judges thought it only deserved 91.75, which left Ayumu in second behind James. The score was met with loud boos from the spectators at the venue and derision online. 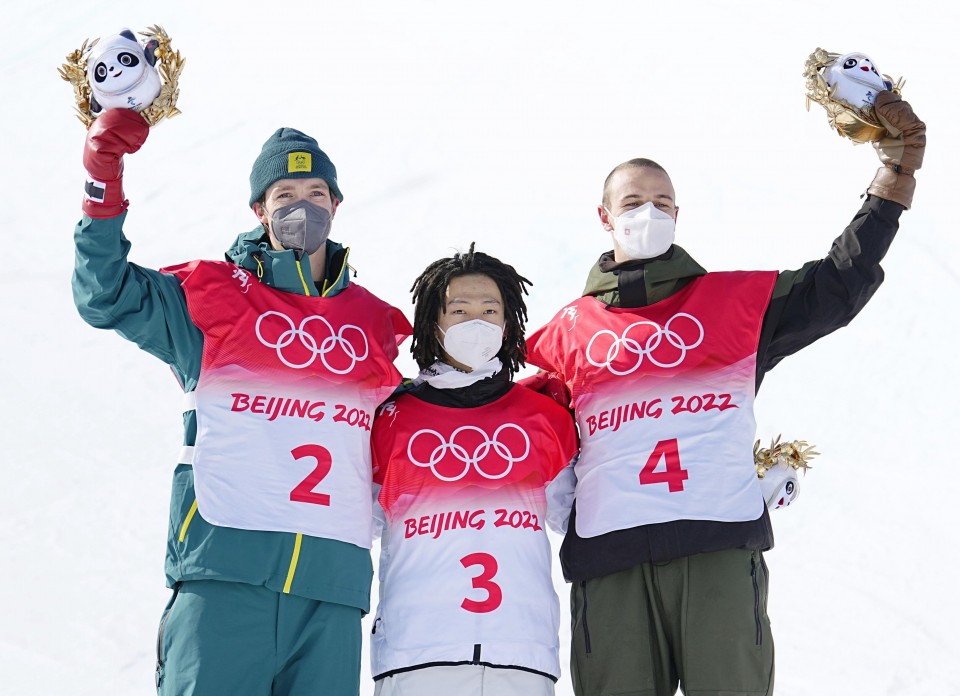 Ayumu took things into his own hands in his final run, putting down the triple cork 1440 perfectly again and throwing in two more 1440s and two 1220s to take gold.

"Having been able to deliver my run was most satisfying thing, since that was my goal," said Ayumu, after nailing triple corks in all of his runs.

"I was irritated with the second run score, but that anger made me help concentrate more than usual. It motivated me in a good way."

For the other Japanese riders, it was a tale of woe. 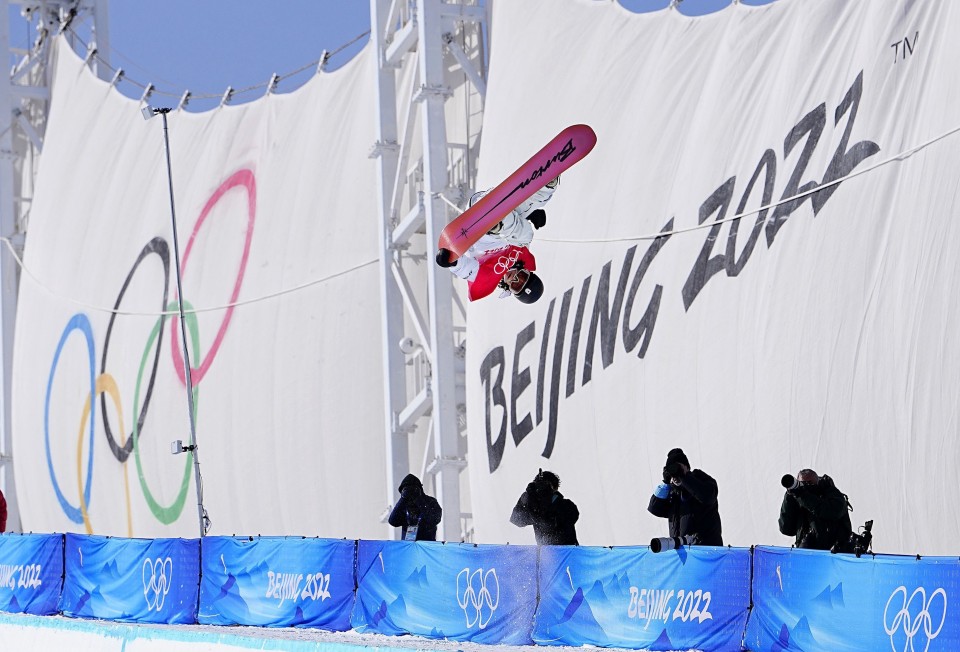 Ayumu Hirano of Japan performs a trick during his third run of the men's snowboard halfpipe final at the Beijing Winter Olympics on Feb. 11, 2022, at the Genting Snow Park in Zhangjiakou, China. (Kyodo) ==Kyodo

Totsuka, who was among the favorites for gold, had two solid, if unspectacular, runs that garnered 62.00 and 69.75, but in his do-or-die final trip, he fell on a backside 1080 attempt and rode out of the pipe deflated.

"I really felt there are things I'm lacking. I could have scored more if I got both of my two runs more cleanly and that's down to my lack of ability," said the reigning world champion Totsuka.

Competing at an Olympics for the first time with his brother, Kaishu got off to a nice start with a 75.50 run that put him in second, but he failed to improve when the heat turned up. 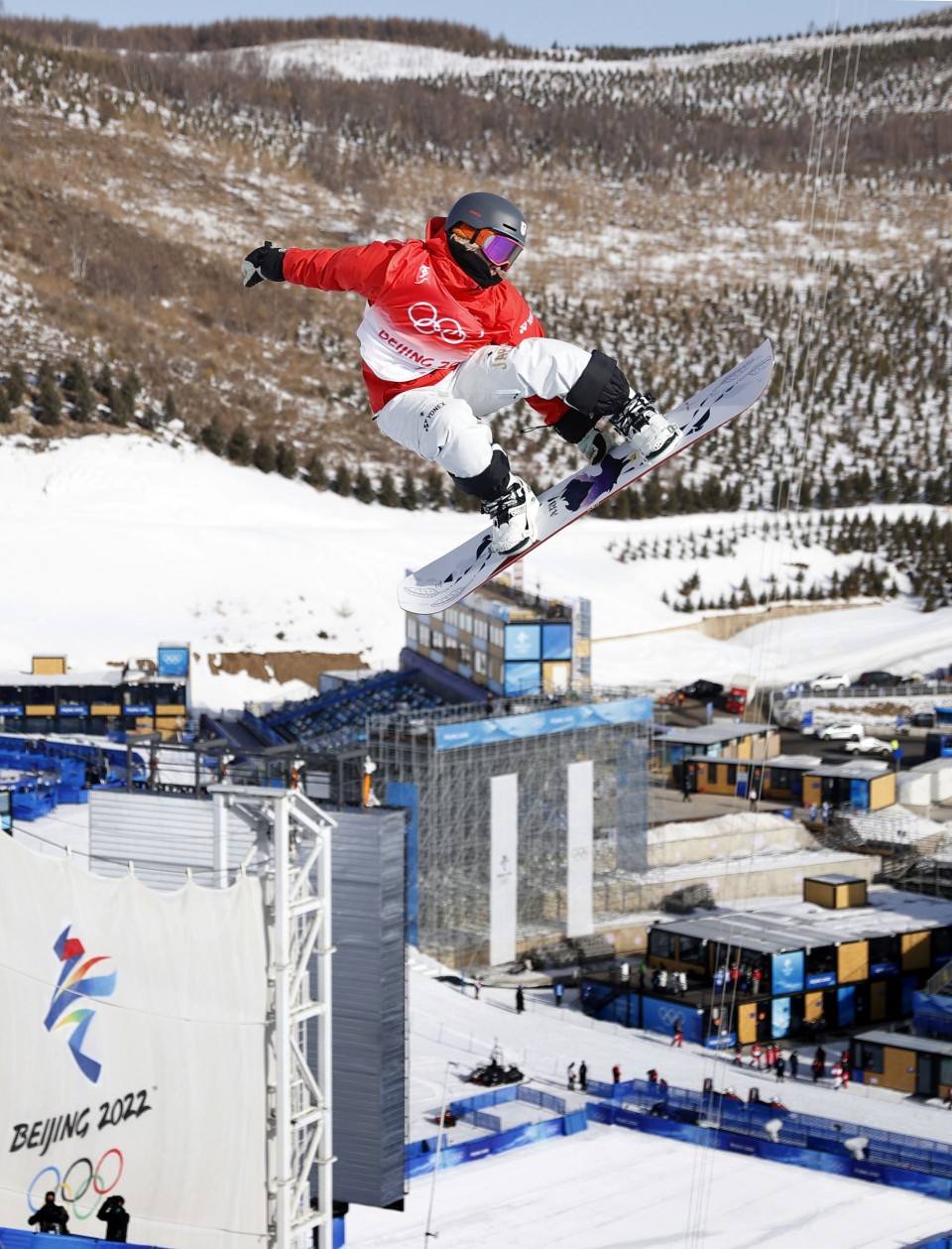 Yuto Totsuka of Japan competes in the men's snowboard halfpipe final at the Beijing Winter Olympics on Feb. 11, 2022, at the Genting Snow Park in Zhangjiakou, China. (Kyodo) ==Kyodo

"I've always had big air as the thing to do on this stage, doing one that lives long in people's memories rather than on record books," said Kaishu, who got cheers from for the tricks in all the three runs. One of his airs reached nearly six meters high.

As a brother who saw all his sibling's ups and downs first hand, Kaishu said he cannot be more than happy for him.

"We've been striving together since we were small. I toured tournaments with him this season, and there were both exciting and tough times. I'm so happy that the person who deserves the most won the gold medal," the 19-year-old said. 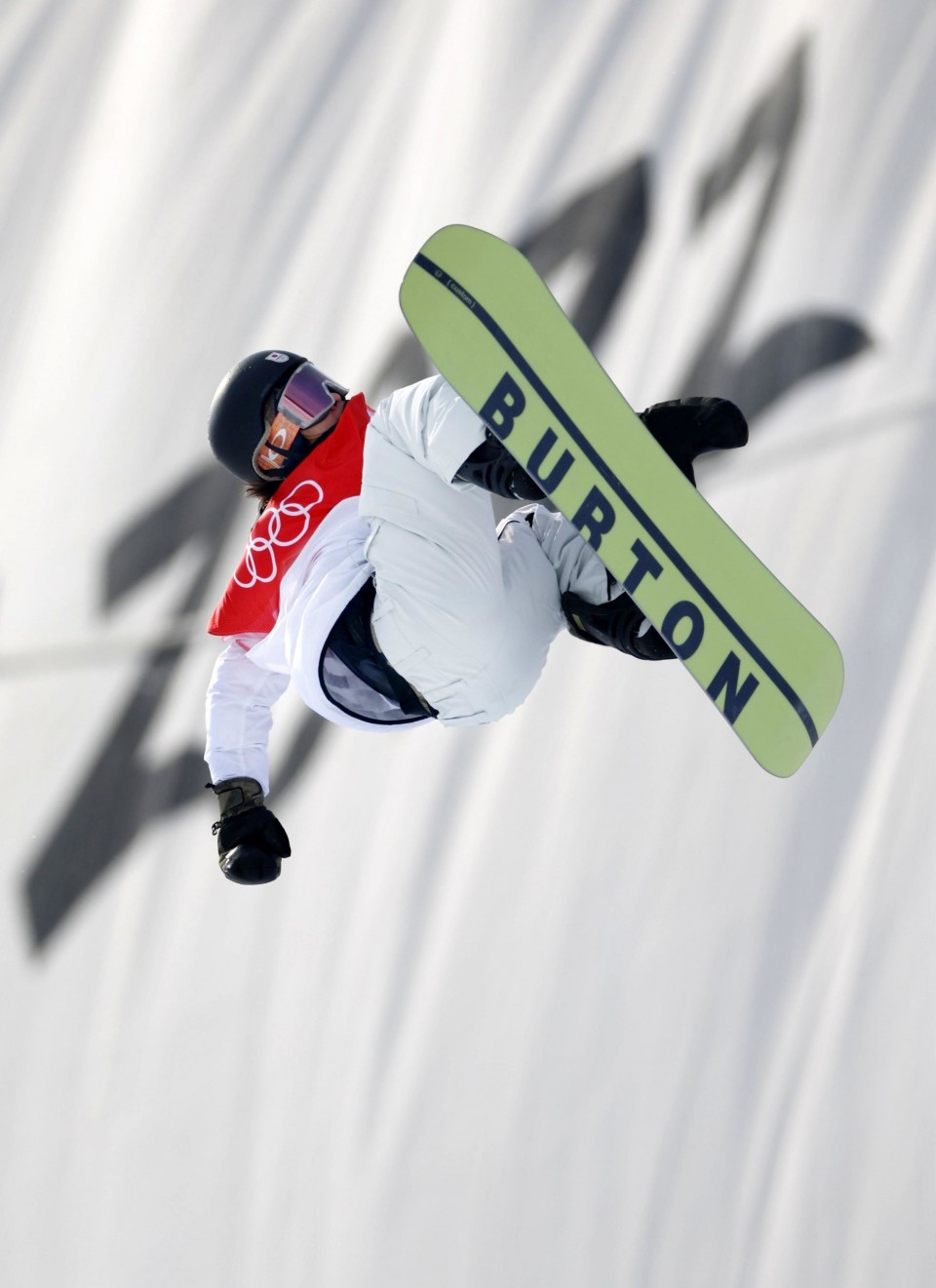 Kaishu Hirano of Japan competes in the qualification round of the men's snowboard halfpipe at the Beijing Winter Olympics on Feb. 9, 2022, at the Genting Snow Park in Zhangjiakou, China. (Kyodo) ==Kyodo

Ruka entered the final as the third-top qualifier after scoring 87.00 in the preliminary round, but his Friday turned into a nightmare when he fell three times on the same backside 1220 trick.

James was in great pre-games form, the dominant rider of recent years, but the Australian's best was not quite good enough in the face of Hirano's triple cork.

"I'm honestly really proud, obviously so much work goes into this and Ayumu is an amazing competitor, and we have a good rivalry," he said.

"I knew I had to deliver my best and get my best shot in the end there and unfortunately I came unstuck." 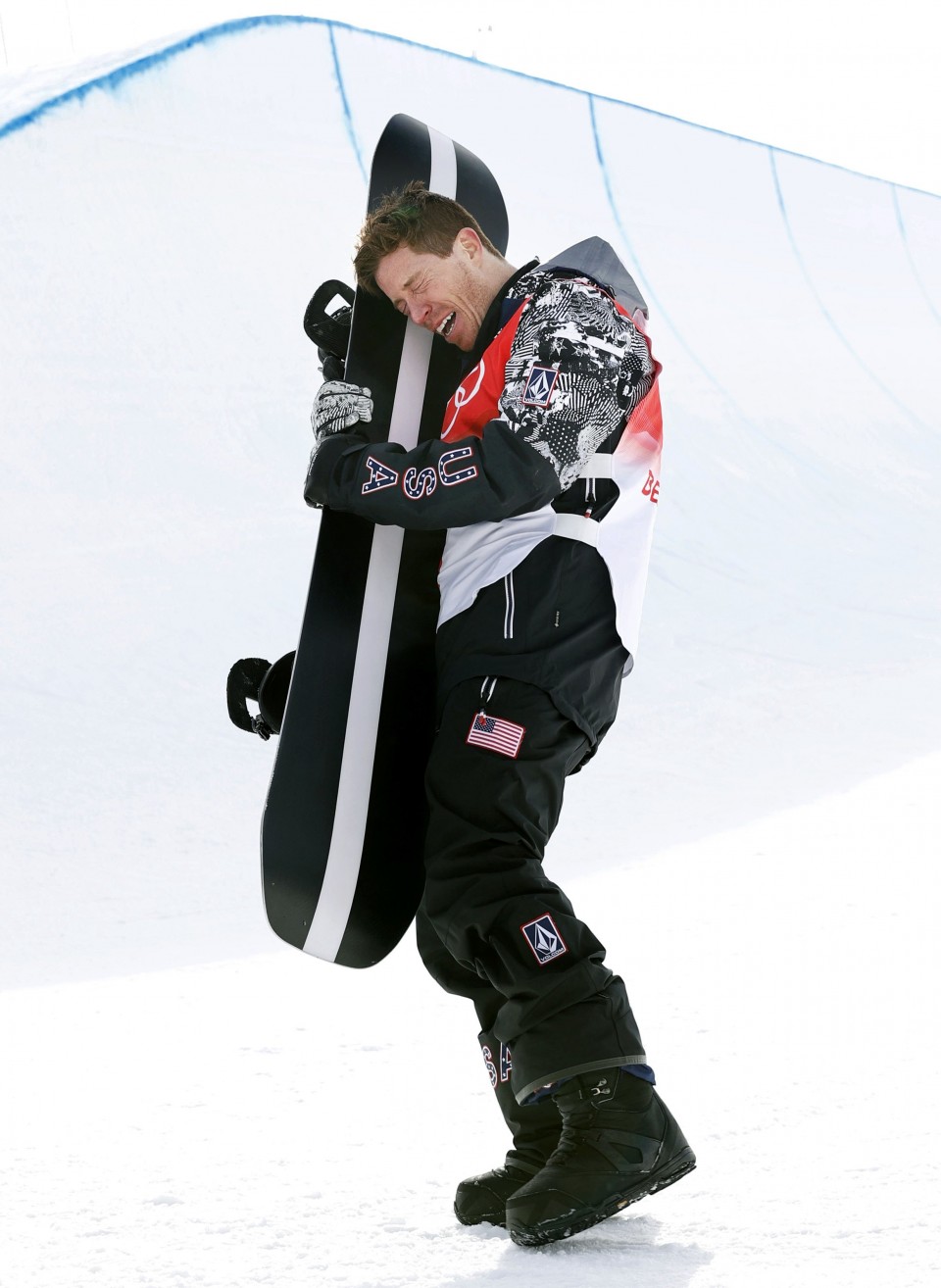 U.S. snowboarder Shaun White gets emotional after the men's halfpipe final at the Beijing Winter Olympics on Feb. 11, 2022, at the Genting Snow Park in Zhangjiakou, China. (Kyodo) ==Kyodo

"A lot of emotions are hitting me right now, the cheering from the crowd, some kind words from my fellow competitors at the bottom, I'm so happy," he said with tears in his eyes.

"Snowboarding, thank you. It's been the love of my life."