Ukraine's president vowed on Saturday to keep fighting to defend his country and said his forces have repelled Russian troops' attempts reach the heart of Kyiv on the third day of Moscow's invasion of its former Soviet neighbor.

"I'm here. We won't lay down our arms. We will defend our country," Volodymyr Zelenskyy said in a video message on social media, refuting fake information circulating online that he had called for the laying down of weapons. 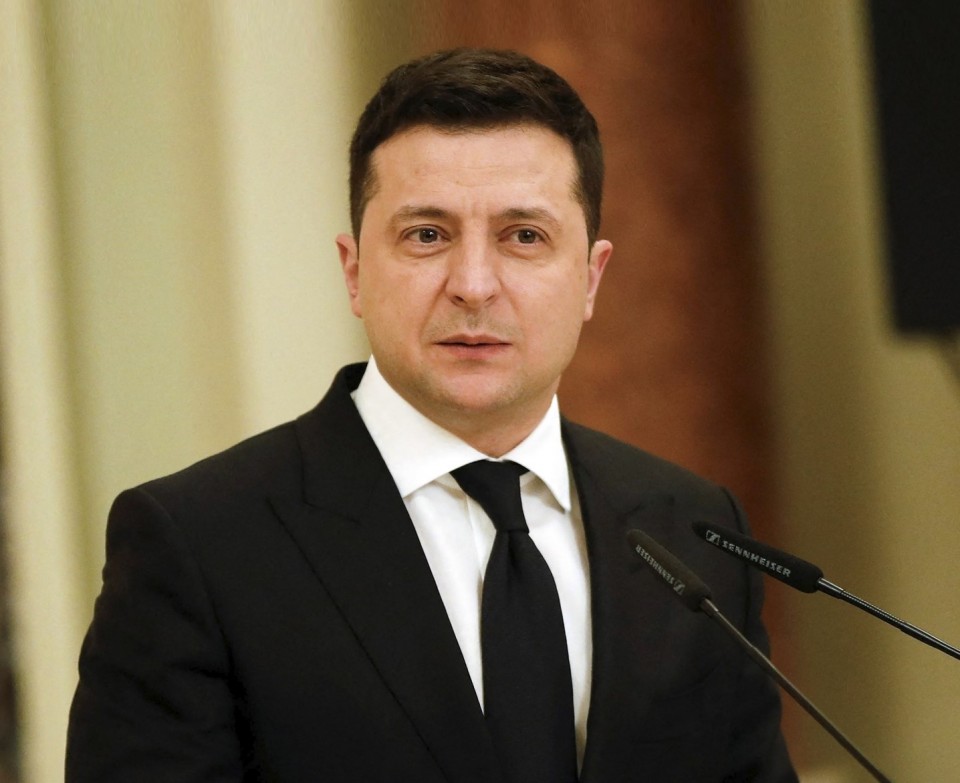 Zelenskyy, seen walking in the streets of Kyiv, again assured that he will remain in the capital to defend his country.

In a separate video message posted on the social media, he said, "We have stood up and successfully fought the enemy's attacks."

Special attention has been focused on the capital, which Russia is trying to take control of in what could be seen as a trump card in the ongoing battle.

The unfolding security crisis in Europe has already killed nearly 200 Ukrainians, including civilians, injured a great number of people and displaced at least 100,000, according to Ukrainian and U.N. officials.

The country's internal affairs ministry said on Facebook that a multi-story residential building in Kyiv was hit by a shell attack. Several rooms were damaged but it was not immediately clear whether there were any casualties.

The door for dialogue, however, remained open with both Ukraine and Russia having expressed willingness to negotiate.

Zelenskyy has called for direct talks with Russian President Vladimir Putin, while Russian Foreign Minister Sergey Lavrov has said Russia would be ready for negotiations if the Ukrainian armed forces lay down their arms and stop resisting.

Russia has been asserting that its security has been under threat with the eastward expansion of the North Atlantic Treaty Organization.

Russian officials have said Moscow has called for cease-fire negotiations on condition that Ukraine will demilitarize and not join NATO, and also for the talks to be held in Minsk, the capital of Belarus, which is known for its close ties with Russia.

But Zelenskyy has called for such talks to be held in Warsaw, the capital of NATO member Poland, known for its anti-Russia stance. 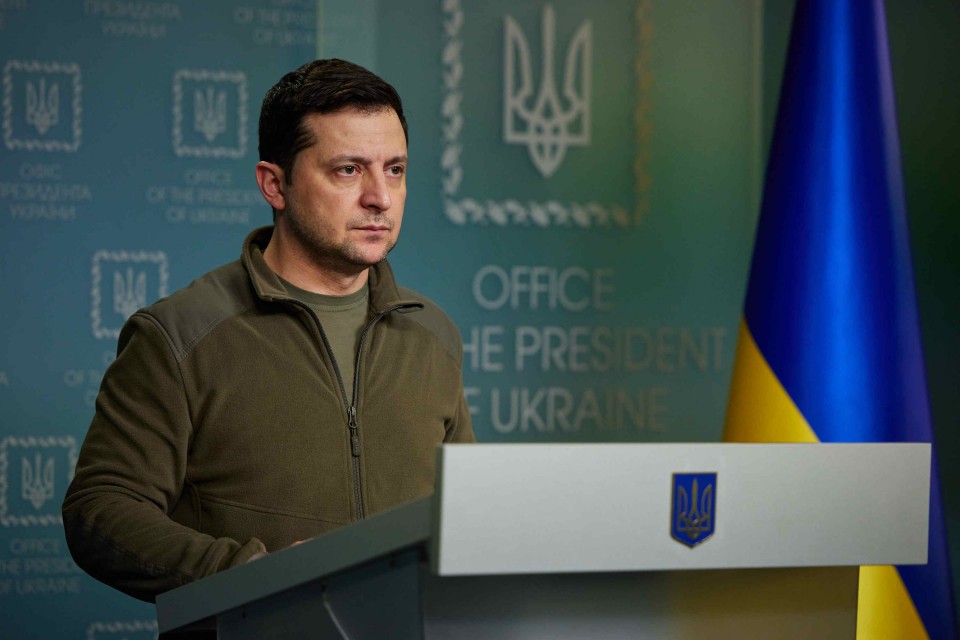 The United States, which has imposed tough economic and other sanctions in step with other countries including Japan and Britain, as well as the European Union, believes Russia aims to topple the government of democratically elected Zelenskyy, a move that would likely lead to the installation of a pro-Russia government.

Russia on Thursday went ahead with what Ukraine called a "full-scale invasion" despite international warnings, after having said it would carry out a "special military operation" in an area of eastern Ukraine known as Donbas, where two pro-Russia separatist regions are located.

Putin has said the "special military operation" was to protect the people in Donbas who were being subjected to "abuse" and "genocide" by the Kyiv regime, and that the operation was for self-defense. 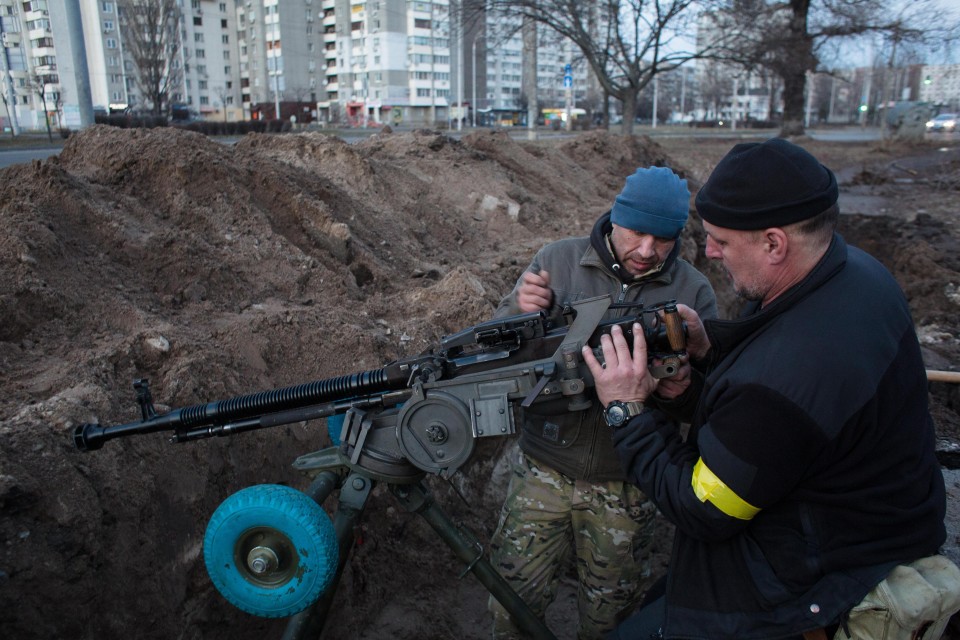 Members of the territorial defense battalion set up a machine gun and organise a military redoubt on Feb. 25, 2022 in Kyiv, Ukraine. (Getty/Kyodo)