Japan's Sara Takanashi is determined to deliver her best performance at the Beijing Games and win her first Olympic ski jumping gold medal in a competition thrown wide open in the absence of women's World Cup leader Marita Kramer.

Without Kramer, who tested positive for COVID-19 and was ruled out from the games, Takanashi said Saturday's competition has become something "anybody can win." 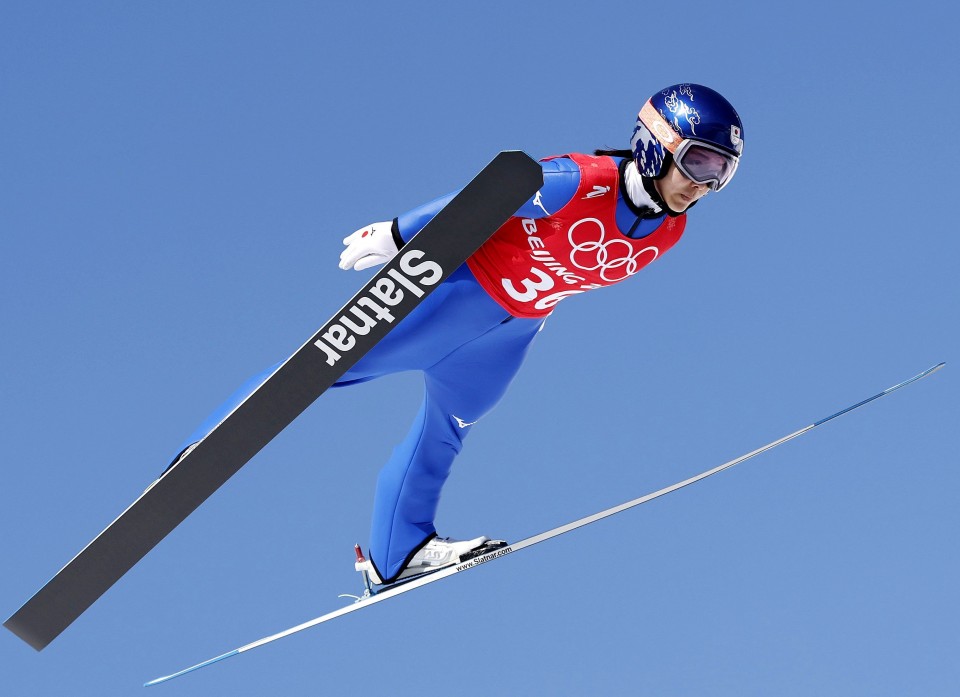 "I hope to show how much I've progressed in the past four years and win the gold medal," said Takanashi, who failed to live up to expectations as a gold-medal favorite at her first two Olympic Games.

As a 17-year-old Olympics debutant in 2014 in Sochi and the outstanding World Cup competitor at the time, Takanashi fell apart under the pressure, finishing fourth. She said she spent the next four years thinking only about winning a medal, any medal, and cried out in relief upon getting bronze at Pyeongchang.

But only gaining third place in an effort that took all her strength made her face up to the fact that her rivals had gotten better and that she would also have to improve to keep up.

For the first two seasons after the Pyeongchang Games, she finished fourth in the World Cup standings.

"I couldn't get my body and mind in sync with what I wanted to do," she said.

But the results began to come in the 2020-2021 season. Improved speed and take-off accuracy brought her to second in the overall FIS World Cup standings.

Takanashi said Saturday's competition would have been at a higher level if Kramer were there and that "her presence meant so much."

"She was the leading candidate for the gold medal, and I'm sorry she can't be here," Takanashi said. "But I want to deliver jumps I can be proud to show her, and I'm looking forward to jumping with her soon."