For Japan with long-standing disputes over Russian-held islands, Russia's invasion of Ukraine on Thursday is an occasion testing how true the nation is to basic democratic principles such as the rule of law, foreign policy experts say.

The situation surrounding Ukraine has a massive implication on the Indo-Pacific region, they say, adding that China's military assertiveness, especially against Taiwan, would possibly further grow if Japan sets a bad precedent of showing a tolerance to altering the status quo by force. 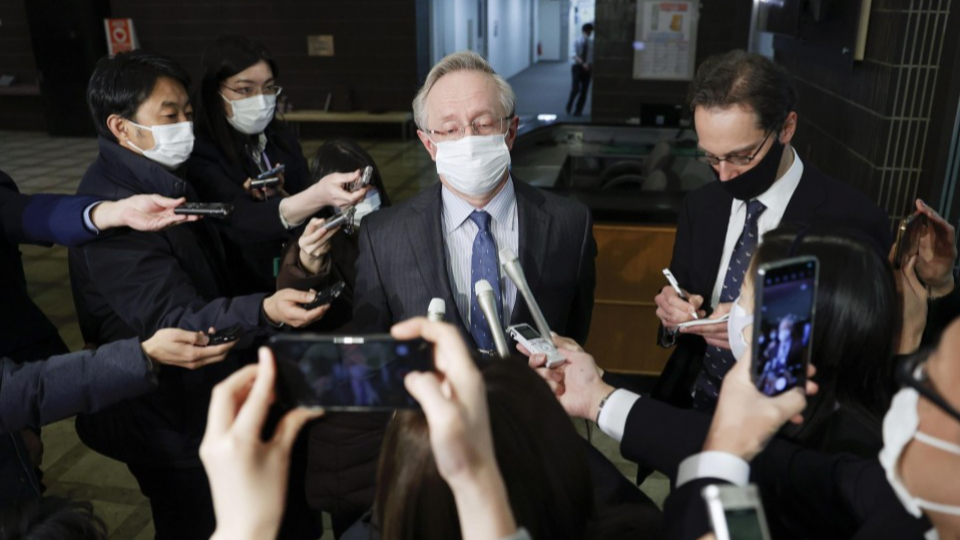 After massing an estimated 190,000 troops near Ukraine's borders, Russia on Monday recognized the two pro-Russian separatist regions of Donetsk and Luhansk in eastern Ukraine as independent, and on Thursday began to launch attacks on military facilities in Kyiv and other areas.

"Japan should never take an ambiguous attitude about nonnegotiable principles," said Tomohiko Taniguchi, who once served as a special adviser to former Prime Minister Shinzo Abe and his primary foreign policy speechwriter, adding that a firm stance could lead not only Russia but also China to "give Japan due respect" in the future.

Tokyo has disputes with Moscow over Russian-held islands off Hokkaido in northern Japan -- Kunashiri, Etorofu, Shikotan and the Habomai group of islets -- which Japan calls the Northern Territories and Moscow calls the Southern Kurils. The territorial issue has prevented the two governments from concluding a postwar peace treaty.

Russia agreed in a 1956 joint declaration to return Shikotan and Habomai after a peace treaty is concluded.

"Regardless of whether or not the Ukraine issue arose, the negotiations on the Northern Territories will be back to square one," said Taniguchi, now a professor at the Keio University Graduate School of System Design and Management well-versed in Japan's diplomacy.

Following Russian attacks on Ukraine, Japan-Russia relations "will be forced to be effectively frozen" and "nothing will budge," he said, adding that offering a helping hand to win concessions from Moscow is not an option for Tokyo at all.

Akiko Yoshioka, a research fellow at the Tokyo-based think tank of the Canon Institute for Global Studies, took a similar view, as she said, "Japan no longer has to be afraid of further deterioration of the relationship with Russia in this situation since it is already significantly negative."

"Now it is extremely important to keep in tandem with other Group of Seven nations in dealing with Russia," she said, receiving positively that Prime Minister Fumio Kishida has kept in step with other nations regarding sanctions on Moscow so far.

For comparison, Yoshioka, a specialist in Russian policies and Japan-Russia relations, cited Japan's past responses to Russia under Abe's administration after Moscow annexed the southern Ukrainian region of Crimea in March 2014. 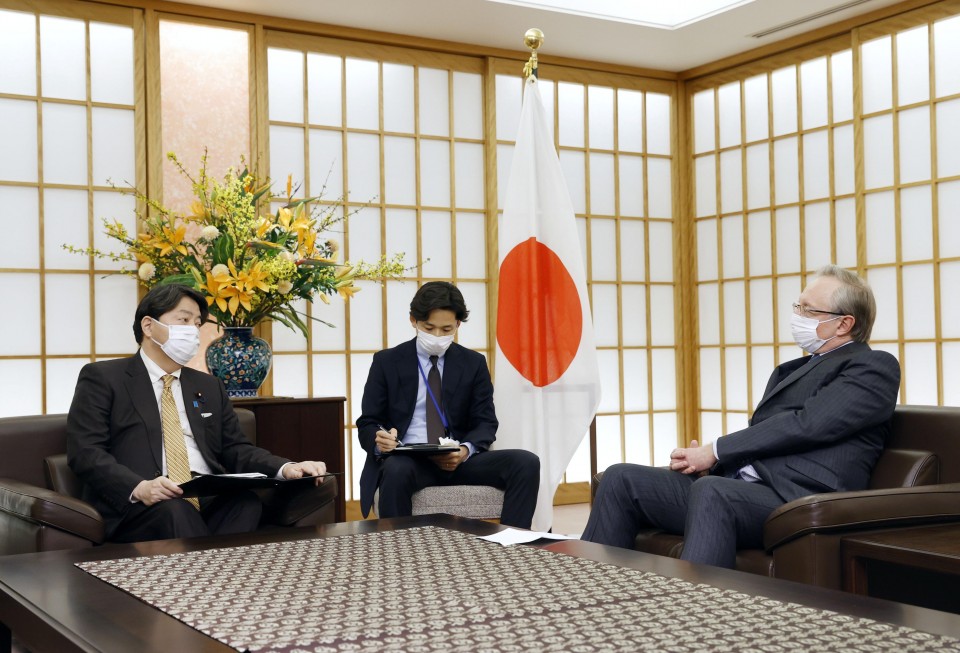 "At that time, Japan's sanctions on Russia were later and less effective than those of the United States and European nations for fear of possible impact on negotiations" on the territorial disputes, she said.

Abe, who was the nation's leader from December 2012 through September 2020, made much account of the relationship with Russia, meeting Russian President Vladimir Putin over 20 times during his tenure. After all, however, no breakthrough has been made in talks over the two nations' long-standing territorial spat.

Abe prioritized relations with Russia under his "illusions" that Putin was eager in the territorial negotiations and therefore the period under Putin's presidency would be the last chance for Japan to get the islands back, as well as that Tokyo and Moscow could team up to keep China in check as a diplomatic card, according to Yoshioka.

Compared with eight years ago, she said prospects of any progress toward settlement of the territory issue, which were "originally quite slim," have further worsened on the back of Russia and China's closer relationship than before.

Taniguchi said the implication of the Ukraine issue is "crucially significant" on the Indo-Pacific region, where tensions have been intensifying between China and Taiwan, the island which Beijing considers as a renegade province to be reunified with the mainland by force if necessary.

"Unless Japan actively shows a resolute stand against Russia (over the Ukraine crisis) this time, it could not strongly condemn China even if Beijing did the same thing against Taiwan as Moscow did against Ukraine," Taniguchi said.

"What is going on in Ukraine is not fire on the other side of the river. The system of value we believe in is facing a real test now," he added.

The importance of holding the line on the democratic principles is what U.S. Secretary of State Antony Blinken underscored at a "Quad" meeting of four foreign ministers from Indo-Pacific democracies, also including Japan, Australia and India, held in Melbourne, Australia, earlier this month.

Blinken said at a press conference after the talks that "very basic principles," such as those one country cannot simply change the borders of another by force, are at stake.

"If we allow those principles to be challenged with impunity, even if it's half a world away in Europe, that will have an impact" on the Indo-Pacific as well, he said, adding, "Others are watching."

Other than Taiwan, Taniguchi said India is also presumably watching the situation in Ukraine as its own affair.

Relations between India and China have been strained, particularly since their troops clashed in a disputed Himalayan border area in June 2020 and Indian soldiers were killed by Chinese troops for the first time in about 45 years.