Japan aims to speed up its inoculation drive to administer 1 million booster shots per day in the latter half of February, in order to stem a new wave of infections spurred by the highly transmissible Omicron variant of the coronavirus, Prime Minister Fumio Kishida said Monday.

New cases exceeded 100,000 a day nationwide for the first time last week, but only 5.9 percent of Japan's population of 125 million or about 7.47 million people have received a third shot since the beginning of December as of Monday, according to the government.

The percentage is much lower than in Britain, France and Germany, where over 50 percent of the population has had a booster shot. "By setting a clear goal, the government as a whole will work to deliver shots to those who hope to be vaccinated as soon as possible," Kishida said at a parliamentary session. 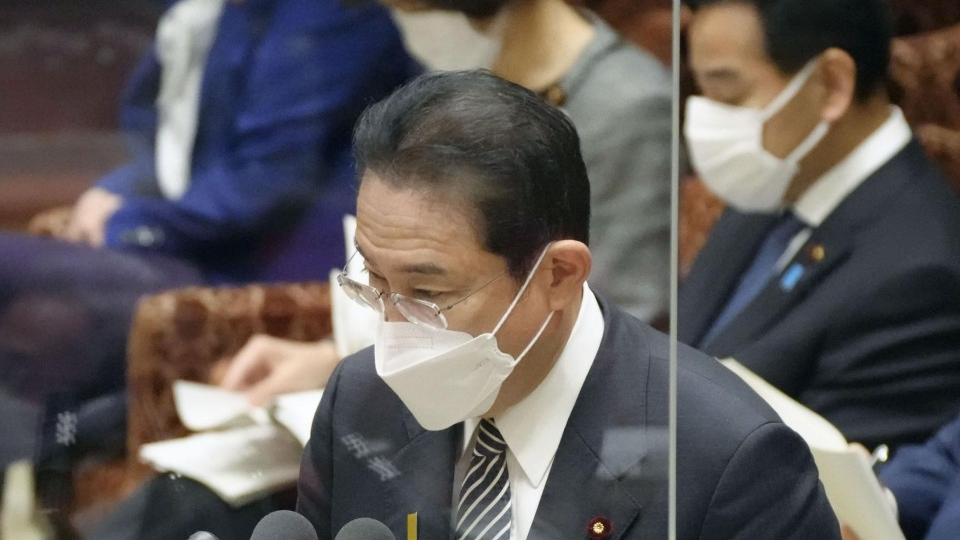 Prime Minister Fumio Kishida attends a House of Representatives budget committee session in the parliament in Tokyo on Feb. 7, 2022. (Kyodo)

"The third shots are the key to preventing the development of symptoms and severe illness against the highly contagious Omicron variant," he said, adding booster shots at companies and universities will start from mid-February.

Junya Ogawa of the main opposition Constitutional Democratic Party of Japan criticized Kishida in the Diet, saying his announcement of aiming for 1 million shots per day is "one or two steps behind." But Kishida countered that a six-month interval between second and third shots is necessary.

Prior to the session, Kishida instructed health minister Shigeyuki Goto and other Cabinet ministers concerned to bring forward vaccination campaigns implemented by municipalities, boost inoculation capacity at workplaces and promote the delivery of shots to essential workers including teachers.

Meanwhile, the government is considering extending a COVID-19 quasi-state of emergency in Tokyo and 12 prefectures, possibly by three weeks, from the original end date of Feb. 13, government sources said Monday. A final decision is expected to be made on Thursday.

The government was looking into an extension by around two weeks earlier but found the plan would not be enough to contain the virus spread, with the nationwide daily tally reaching 68,039 on Monday.

"I wanted to lower my risk of falling gravely ill. My anxiety is eased," said Kosei Inokuma from Ashiya, Hyogo Prefecture. The 22-year-old university student from the neighboring prefecture has medical conditions that could see him develop severe symptoms if he is infected with the virus.

The Osaka site joins a similar venue in Tokyo relaunched last week that has tripled its pace of inoculations from the previous week to 2,160 shots a day. The pace is set to reach 4,080 on Tuesday and then 5,040 on Thursday.

The SDF are operating centers in the two cities again, after doing so last year, amid criticism the government has been slow to offer booster shots.

The venues are offering the vaccine developed by U.S. pharmaceutical firm Moderna Inc. through July 31 to people aged 18 or older who received their second shots at least six months ago.

The Osaka venue is initially providing 960 shots a day, but Kishida said Monday he will increase the capacity to about 2,500 per day from around Feb. 14.

Kishida had faced mounting calls to boost capacity at the Tokyo center since it had provided 10,000 shots per day last year.

Slots through next Sunday at the Tokyo center and for the first week at the Osaka venue are already fully booked, according to the ministry. 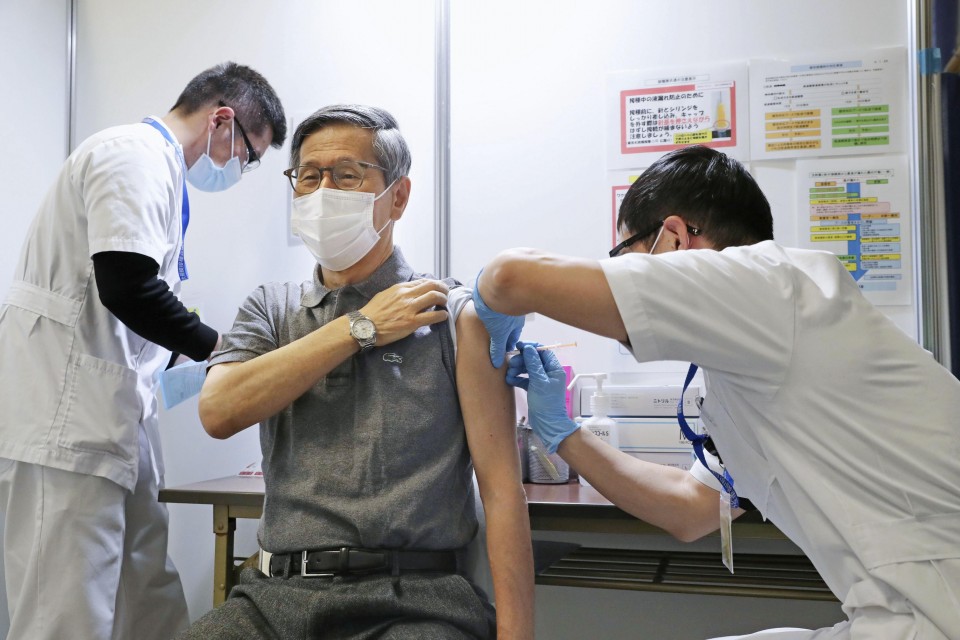