Prime Minister Fumio Kishida said Monday it is not acceptable for Japan to make a nuclear sharing arrangement with the United States, rejecting the idea of hosting U.S. nuclear weapons as a deterrent amid Russia's invasion of Ukraine.

Kishida said in parliament, "It is unacceptable given our country's stance of maintaining the three nonnuclear principles," following a call by former Prime Minister Shinzo Abe the previous day to discuss the option of nuclear sharing. 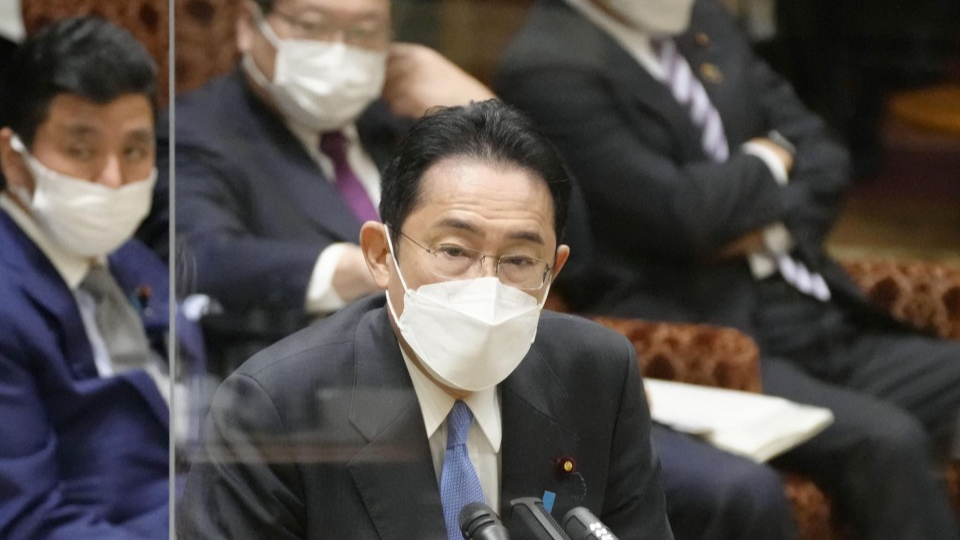 Japanese Prime Minister Fumio Kishida speaks during a House of Councillors budget committee session in Tokyo on Feb. 28, 2022, wearing a mask for protection against the coronavirus. (Kyodo) ==Kyodo

Although it relies on the U.S. nuclear umbrella, Japan maintains its three principles of not producing, possessing or allowing nuclear arms on its territory. In World War II, the Japanese cities of Hiroshima and Nagasaki were devastated by U.S. atomic bombs.

Kishida, elected from a Hiroshima constituency, has called for a world free of nuclear weapons.

Appearing on a TV program on Sunday about Japan's security environment in the face of Russia's invasion of Ukraine, Abe said, "It is necessary to understand how the world's security is maintained. We should not put a taboo on discussions about the reality we face."

Abe, who heads the largest faction of the ruling Liberal Democratic Party, also said, "As a country that experienced atomic bombings, we must uphold the goal of abolishing nuclear weapons."