U.S. President Joe Biden on Thursday announced sweeping export restrictions and other new sanctions in response to Russia's military aggression against Ukraine, delivering on an agreement reached by the Group of Seven countries to impose a "severe" punishment on Moscow.

Speaking in Washington, Biden slammed Russian President Vladimir Putin for "choosing a war without a cause" and said the sanctions, imposed in lockstep with countries including Japan, will make the Russian president "a pariah on the international stage." 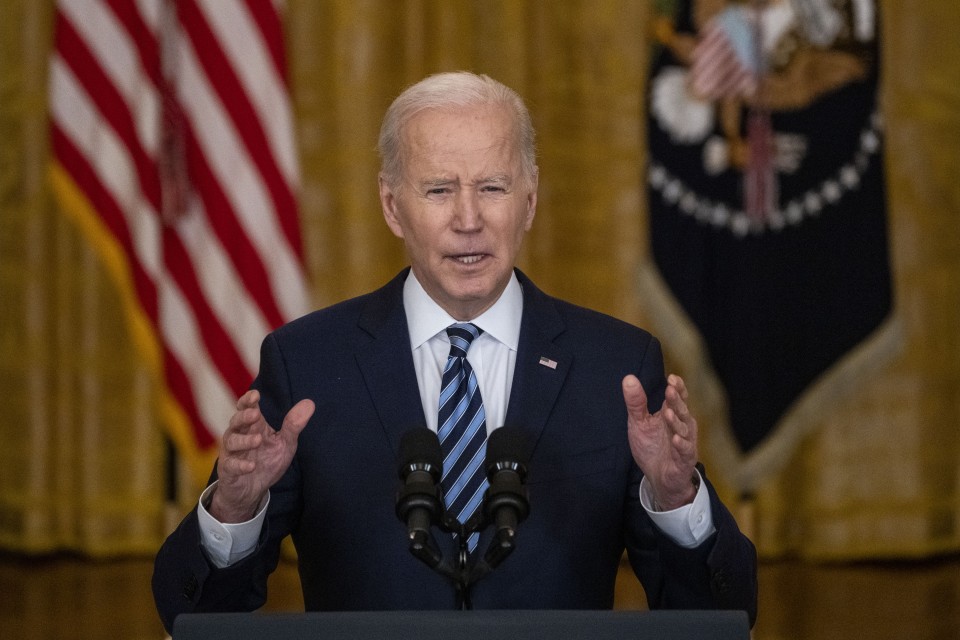 According to the U.S. government, the export control measures will cut off more than half of Russia's high-tech imports, severely restricting the country's access to technologies and other items it needs to sustain "aggressive military capabilities."

Biden made the announcement just hours after he met other G-7 leaders virtually to coordinate their response to the latest development in the crisis, which has sent shockwaves around the world and jolted financial markets.

"We call on all partners and members of the international community to condemn this attack in the strongest possible terms...and raise their voice against this blatant violation of the fundamental principles of international peace and security," the G-7 leaders said in a statement issued the same day. 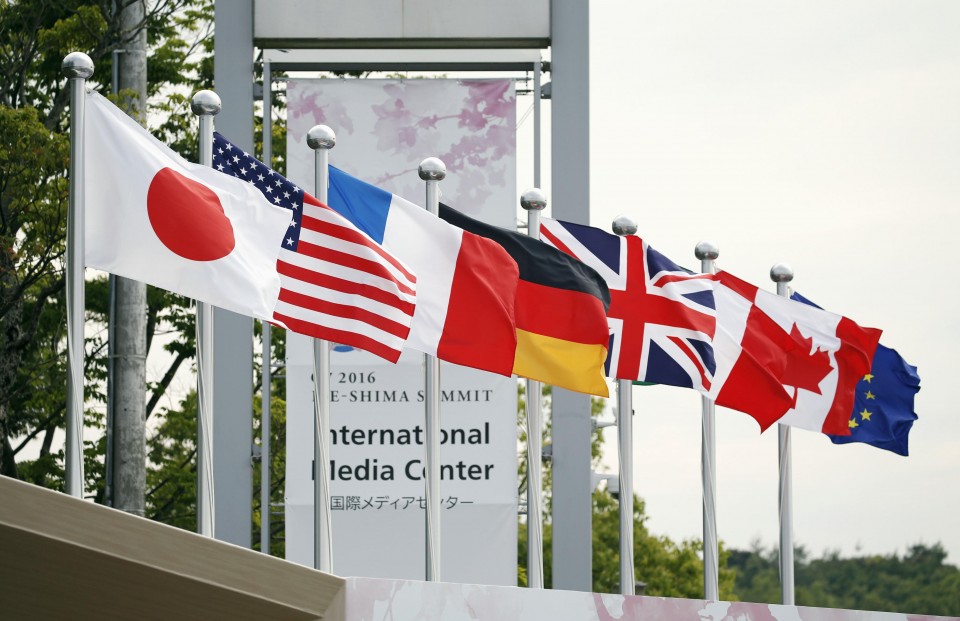 "There is no justification for changing internationally recognized borders by force," they said, criticizing Putin for having "re-introduced war to the European continent."

The G-7 -- Britain, Canada, France, Germany, Italy, Japan and the United States, plus the European Union -- are bringing forward "severe and coordinated economic and financial sanctions," they said.

The White House said the impact of the sanctions will be "significantly magnified" due to multilateral cooperation, as it welcomed commitments from Australia, Canada, the EU, Japan and Britain to "take similarly forceful actions to hold Russia accountable."

Japan announced a new package of sanctions Friday including export controls on semiconductors and other products, a freeze on assets held by Russian financial institutions, and a suspension of visa issuance for certain Russian individuals and entities.

Joint action to punish Russia was already seen earlier this week after the Kremlin, which has been massing troops near Ukraine for months, recognized on Monday two pro-Moscow separatist regions in eastern Ukraine as independent, setting the stage for the deployment of troops in the neighboring country for "peacekeeping" purposes.

In the first round of sanctions, the United States targeted two major Russian state-owned financial institutions as well as five Kremlin-connected elite individuals and their families, and imposed restrictions on Russian sovereign debt.

Tokyo's initial set of sanctions included a ban on the issuance and distribution of new Russian sovereign bonds in Japan.

The United States is retaining the option of further sanctions, including against Putin himself and disconnecting Russia from the SWIFT international payment system, which could have a devastating impact on its economy.

The Japanese government said Prime Minister Fumio Kishida had told the other members of the G-7 that Russia's invasion of Ukraine was "a challenge to the international order based on the rule of law" and called for responding "appropriately" so as not to leave "wrong lessons for other nations."

"We confirmed the strong unity of the G-7" in dealing with the crisis, Kishida told reporters after the virtual meeting.

The G-7 members, including this year's president Germany, had sought to persuade Putin to find a diplomatic solution to the crisis.

But Russia moved ahead with a large-scale attack on Ukraine on Thursday, asserting that its security has been under threat with the North Atlantic Treaty Organization's eastward expansion and the possibility of Ukraine's membership in the alliance.

The Ukraine crisis is seen as having broader implications beyond Europe, testing the G-7's resolve in preventing other countries from using force to alter the status quo.

Japan and the United States are pushing for a "free and open" Indo-Pacific as China's military buildup and its assertive territorial claims have stoked concerns in the region. Beijing has not called Russia's attack on Ukraine an invasion.

Tensions remain high between Taiwan and China, as Beijing considers the island a renegade province to be reunified with the mainland by force if necessary.