Olympics: Japan curlers on verge of semifinals after beating U.S.

Japan took a big step toward the Beijing Winter Olympic women's curling semifinals on Wednesday, blowing a four-point lead before holding on to beat the United States 10-7 in its penultimate round-robin game.

The victory at Beijing's National Aquatics Centre left skip Satsuki Fujisawa and team Loco Solare third in the 10-team round robin at 5-3, with the top four advancing to the semis. 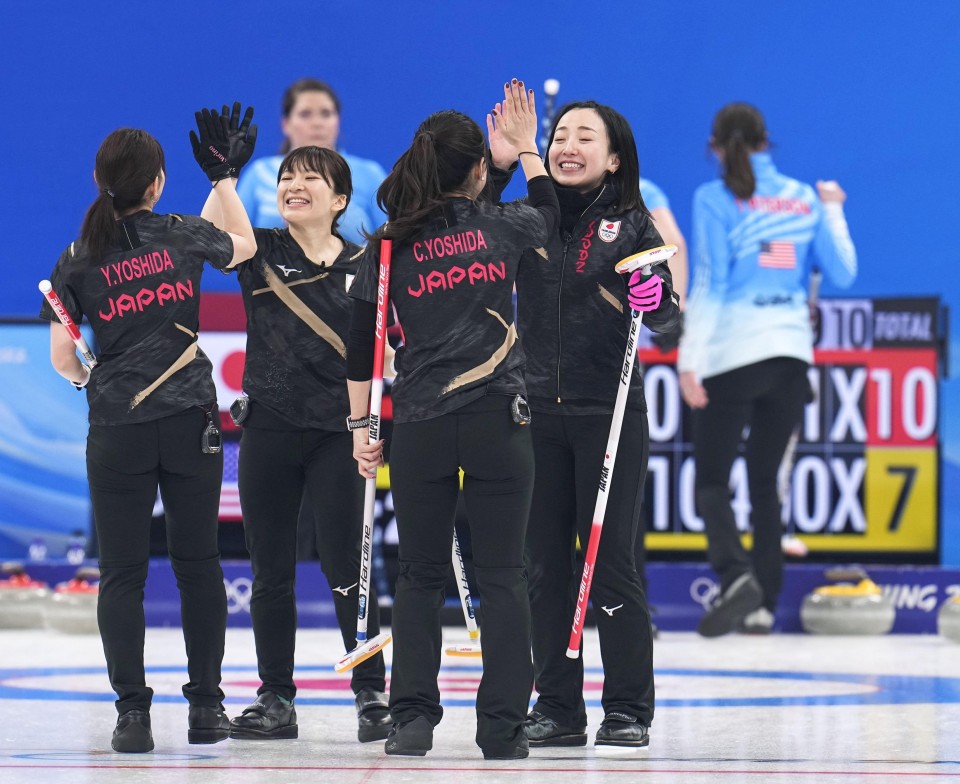 Japan's women's curling team members celebrate their victory over the United States in a round-robin match at the Beijing Winter Olympics on Feb. 16, 2022, at the National Aquatics Centre in Beijing. (Kyodo)

"This was a big win for us," Fujisawa said. "As you get toward the end of the round robin, mental strength becomes more critical. Tonight we made the little shots we needed."

A win in its remaining preliminary round game against tournament-leader Switzerland will guarantee a place in the knockout phase beginning on Friday. The Swiss have already qualified.

Following two straight losses, the 2018 bronze medalist appeared back on track early against an American team needing a win to stay alive in the tournament.

"We were livelier this game than we had been, shouting out clearly and communicating better," second Yumi Suzuki said. 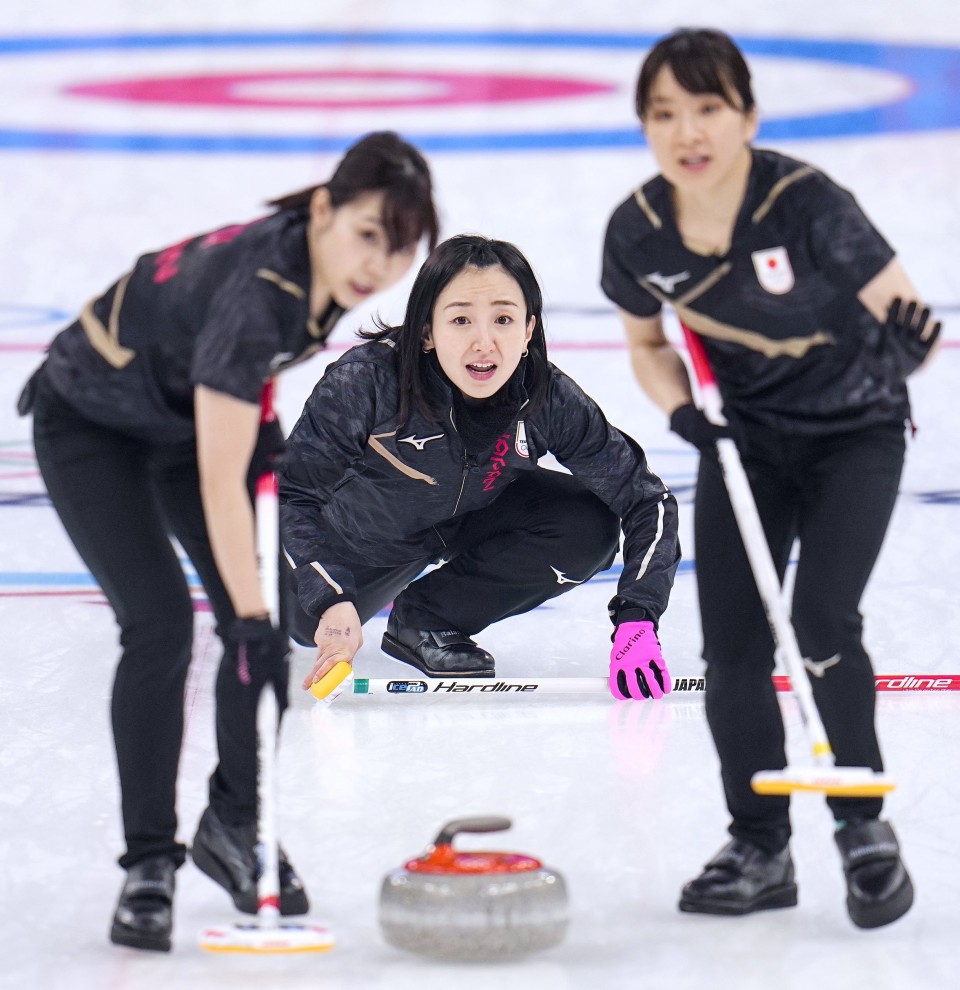 Starting with the hammer, Japan scored one on the opening end when Fujisawa neutralized three American counters on a hit and roll with her final throw.

The team from Hokkaido's Kitami city then jumped out to a 4-0 lead the following end, stealing three after American skip Tabitha Peterson was foiled by her own guard trying to navigate a crowded path to the house.

The Americans got on the board with a two-ender in the third, but Japan hit straight back with two of its own to remain in the driver's seat. 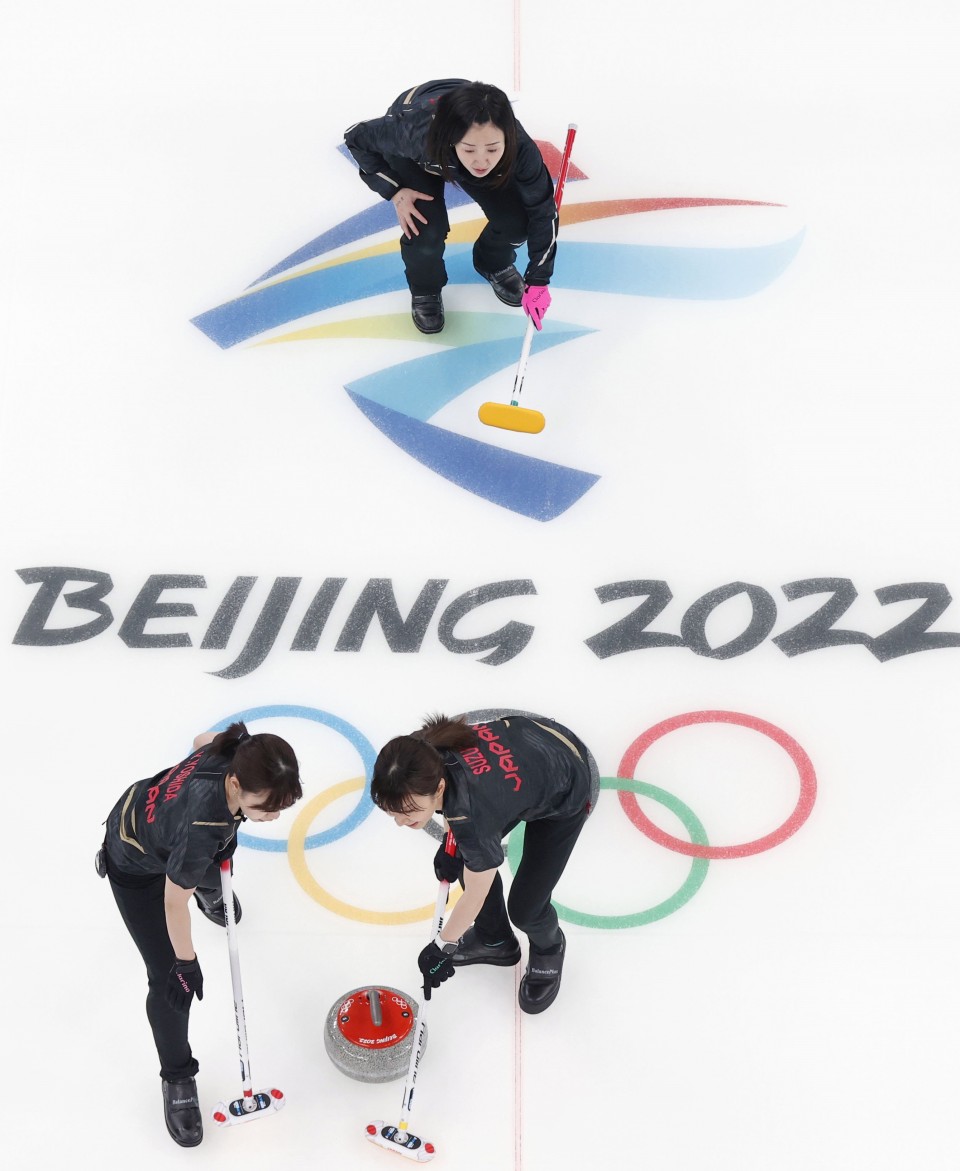 After the teams traded one each with the hammer in the fifth and sixth ends, the United States roared back into the contest with a four-point seventh, tying the game at 7-7.

Suzuki played a crucial double takeout in the eighth, paving the way for Japan to score two and regain the momentum. Stealing one in the ninth, Japan took a 10-7 lead into the final end and snuffed out U.S. hopes of a comeback.