Japan's House of Representatives adopted Tuesday a rare resolution expressing concern over the human rights situations in China's Xinjiang region and Hong Kong, underscoring its focus on the issue just days before the start of the Beijing Winter Olympics.

While the lower house resolution on "serious human rights situations" in Xinjiang and elsewhere did not directly blame China or use the term "human rights abuses," it demanded Beijing's accountability and called for the constructive involvement of the Japanese government.

"We regard changes to the status quo by force, symbolized in the serious human rights situations, as a threat to the international community," the resolution said. 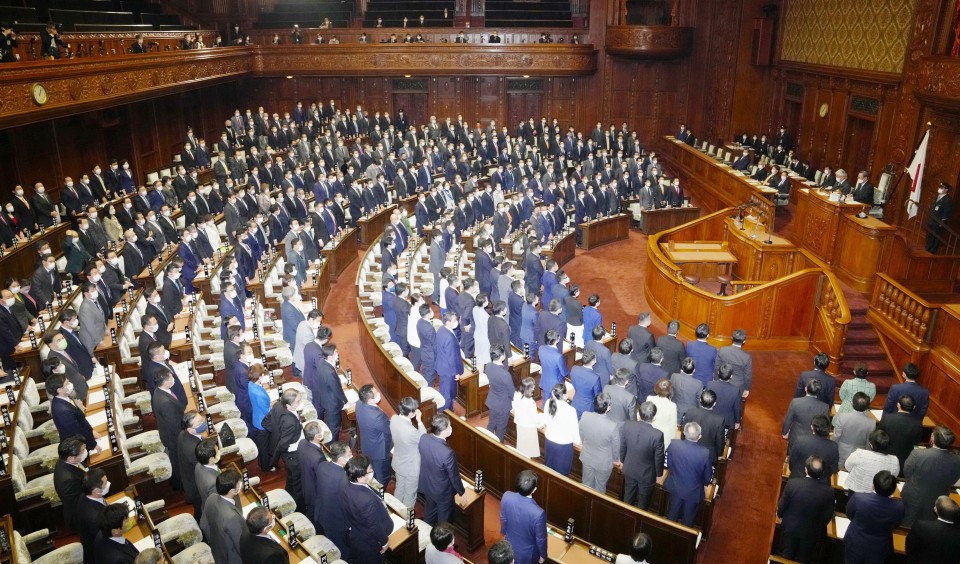 It referred to the Xinjiang Uyghur autonomous region, Tibet, Inner Mongolia and Hong Kong among other areas and noted the international community's concern over infringements of the freedom of religion and imprisonment in China.

The resolution also stressed that human rights issues go beyond the internal affairs of a country and are of interest to the entire international community, saying there are people who claim to be under oppression and that other countries are offering support to them in response.

The House of Councillors is expected to adopt a similar resolution after the Olympics, according to a senior member of the ruling Liberal Democratic Party.

Prime Minister Fumio Kishida stressed the importance of universal values -- freedom, democracy, the rule of law and human rights -- after the resolution was adopted.

"Such values should also be protected in other countries," Kishida told reporters at his office. "Taking the resolution seriously, we will continue to carry out policies and diplomacy that uphold universal values such as human rights," he said.

The lower house resolution urged the Japanese government to gather information to grasp the whole picture on the serious human rights situations.

It also requested that Japan closely work with other countries to monitor and implement comprehensive measures for saving the people.

The LDP initially considered using the phrase "denounce human rights abuses" in the resolution but it was revised in response to a request from its coalition ally Komeito party, which conventionally cherishes Japan-China relations.

Human rights issues in China have recently drawn attention as major democracies such as the United States, Britain and Australia have announced diplomatic boycotts of the Olympics over alleged human rights abuses.

In line with the move, Japan will not send a government delegation but instead send Seiko Hashimoto, an upper house lawmaker and president of the organizing committee of the Tokyo Olympics and Paralympics held last summer, and two others.

The government apparently thought attendance by Hashimoto would achieve a balance with China, which sent Gou Zhongwen, head of the General Administration of Sport of China, to the Tokyo Olympics.