With South Korea's presidential election drawing near, analysts are watching whether a new leader and Japanese Prime Minister Fumio Kishida can put history behind them and move relations forward in the face of an increasingly assertive China and North Korea's nuclear and missile development.

This is particularly the case when the United States is calling for closer coordination with the two allies to deter any attempt to destabilize East Asia such as Beijing's ambition to seize Taiwan and Pyongyang's threat to end its self-imposed moratorium on nuclear tests and long-range missile launches. 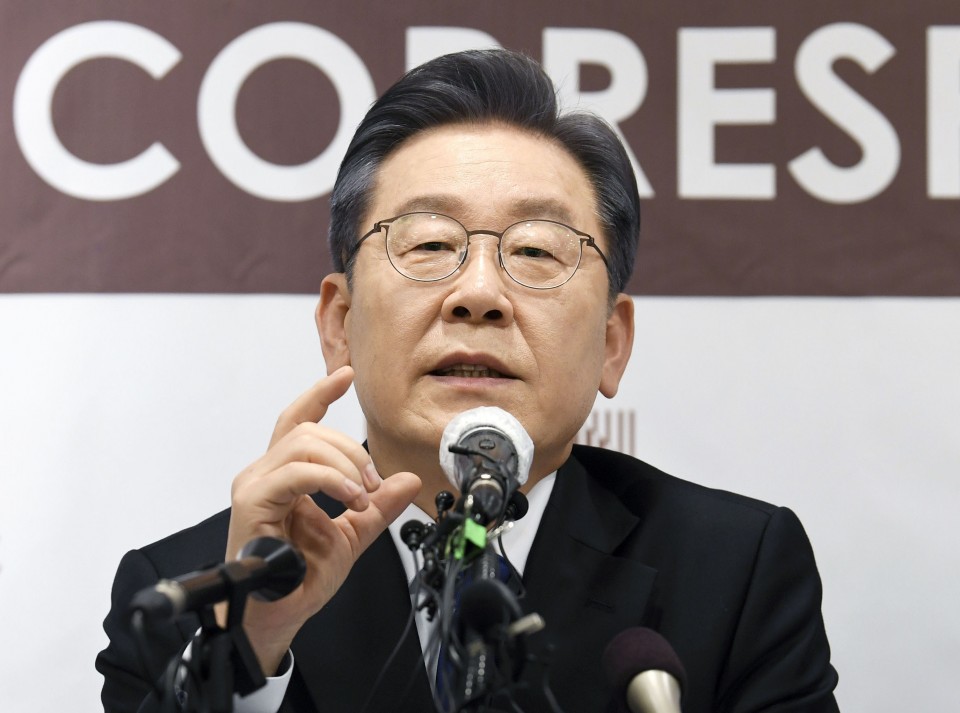 However, it is not known whether Lee of the liberal Democratic Party and Yoon of the conservative People Power Party would go so far as addressing thorny, protracted disputes with Tokyo over wartime history and territory.

In the first televised debate involving Lee, Yoon and two other presidential hopefuls on Feb. 3, Yoon attached priority to restoring ties with the United States and Japan that have deteriorated under the Moon presidency.

Yoon is also calling for resuming so-called shuttle diplomacy with Japan involving the two countries' leaders making reciprocal visits to each country, a practice that has been halted since 2011.

Criticizing Moon's diplomacy as being too pro-China and pro-North Korea, Yoon said that if elected, he will meet with the leaders of the United States, Japan, China and North Korea in that order.

Lee was ambiguous, saying he would decide on the order in a way that is most beneficial depending on circumstances of the time.

He also condemned Tokyo's claim to a pair of Seoul-controlled islets in the Sea of Japan, known as Takeshima in Japan and Dokdo in South Korea.

Lee Seong Hyon, a visiting scholar at Harvard University's Fairbank Center for Chinese Studies, says presidential candidate Lee is expected to engage in a balancing act between Washington and Beijing, and that he "would remain firm when it comes to history issues with Japan" -- a foreign policy outline similar to that of Moon.

Lee Seong Hyon said in an email that the Democratic Party nominee has repeatedly indicated he could be "pragmatic" in dealing with Japan, meaning that a Lee administration would handle history and territory rows separately from a plan to boost civil exchanges and economic cooperation between the two neighbors.

Park Jung Jin, a professor of international relations at Tsuda University in Tokyo, agreed, citing Lee Jae Myung's request for a meeting, if elected, with Kishida and call for future-oriented cooperation with Tokyo during Dec. 27 talks with Japanese Ambassador to South Korea Koichi Aiboshi. 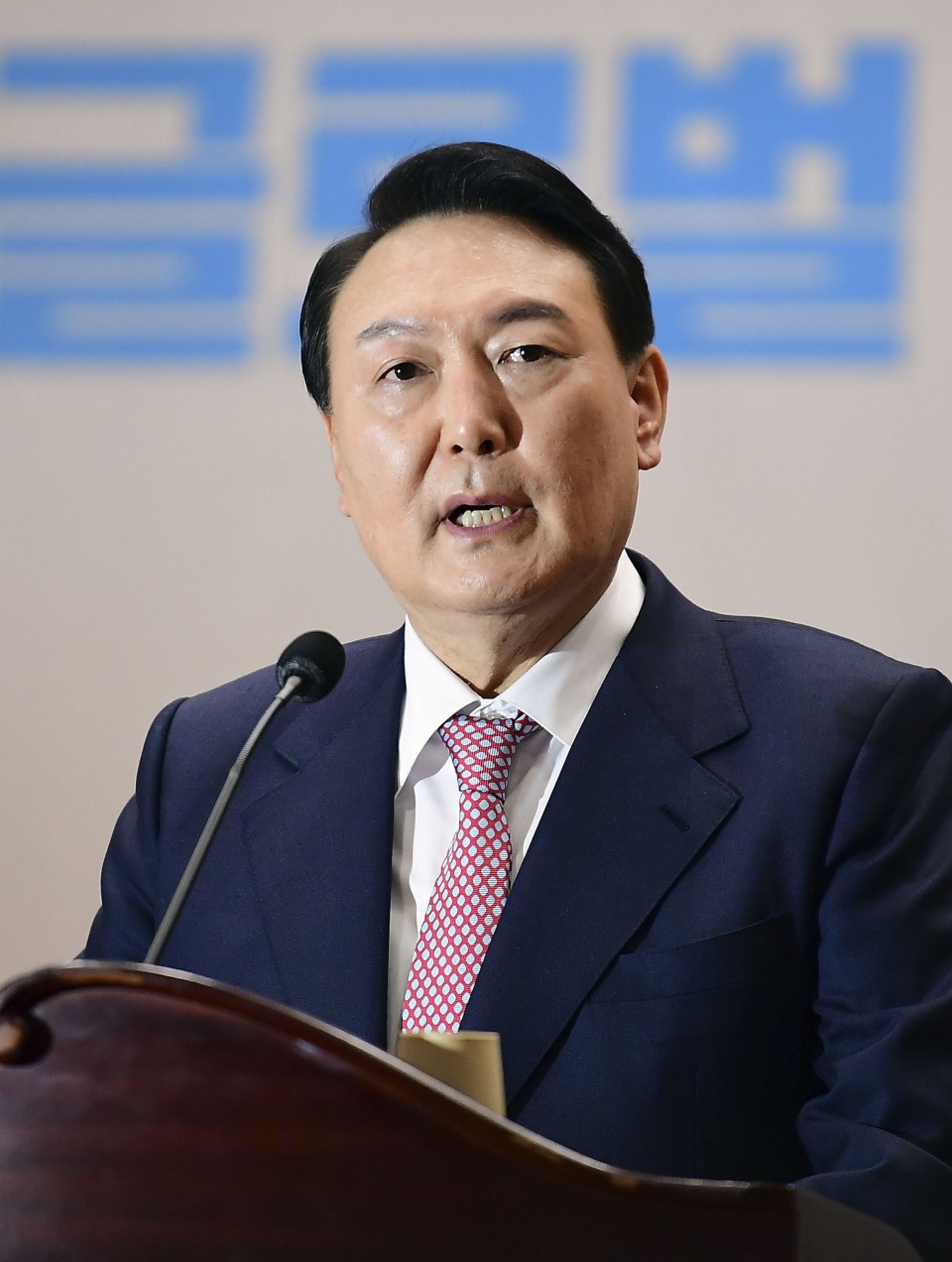 "Whether Mr. Lee or Mr. Yoon wins the race, it will be an opportunity for Seoul and Tokyo to reset ties," Park said in an interview. "Mr. Yoon, known for his pro-U.S. policy, would approach the Kishida government more proactively than Mr. Lee."

"But I find it hard to be optimistic about the outlook of bilateral relations, at least in the near term, given that the comfort women and wartime labor issues have become so politicized in the two countries," he said.

Moon effectively nullified a 2015 agreement his predecessor Park Geun Hye's administration struck with then-Prime Minister Shinzo Abe's government to "finally and irreversibly" resolve the issue of comfort women, a euphemism for those who suffered under Japan's military brothel system before and during World War II.

As Abe's foreign minister at that time, Kishida played a key role in reaching the landmark agreement with South Korea, with U.S. Secretary of State Antony Blinken said to have been involved in the process behind the scenes when he was deputy secretary of state.

While Moon has been seeking to resolve the comfort women and wartime labor issues based on the will of victims and their kin, Japan maintains all issues concerning properties and claims related to its colonial rule were "settled completely and finally" under an agreement the two countries signed in 1965 alongside a treaty that normalized diplomatic relations.

With the two sides repeating calls on each other to take steps to address the disputes, Yoon said he would not exploit historical tensions with Japan for a domestic political gain -- in a veiled criticism of Moon -- and that he would try to resolve the rows, together with economic and security issues, in a comprehensive way.

"Whoever wins, it will be positive if Mr. Kishida shows a goodwill gesture to the new South Korean government such as supporting Seoul's bid for a TPP membership," said Lee Seong Hyon, who doubles a senior fellow at the George H. W. Bush Foundation for U.S.-China Relations in Houston.

Such a gesture, he said, would lead to the lifting of the import curbs South Korea slapped on some Japanese agricultural and fishery products in the wake of the 2011 Fukushima nuclear disaster.

Tsuda University's Park said he does not expect a policy shift by Japan before this summer's House of Councillors election because any rush by Kishida to deal with his new counterpart in Seoul -- who will take office in May -- would risk backfiring or making itself an electoral issue.